We’re getting rather used to fantastic SpaceX launches and landings these days. But its latest mission yesterday was perhaps the most impressive of the lot.

Taking off from Florida at 9.39am EST on Sunday, February 19, the company’s flagship Falcon 9 rocket blasted off with a Dragon cargo ship on board, laden with supplies and experiments bound for the International Space Station (ISS) on Wednesday.

This was the tenth SpaceX cargo mission under contract by NASA, called CRS-10 (Cargo Resupply Mission 10). As with previous SpaceX missions, the launch was followed about nine minutes later with the first stage of the rocket landing back on the ground, at Landing Zone 1 (LZ-1).

This was the third SpaceX landing performed on the ground, but the first in the day time – allowing for some rather stunning imagery. 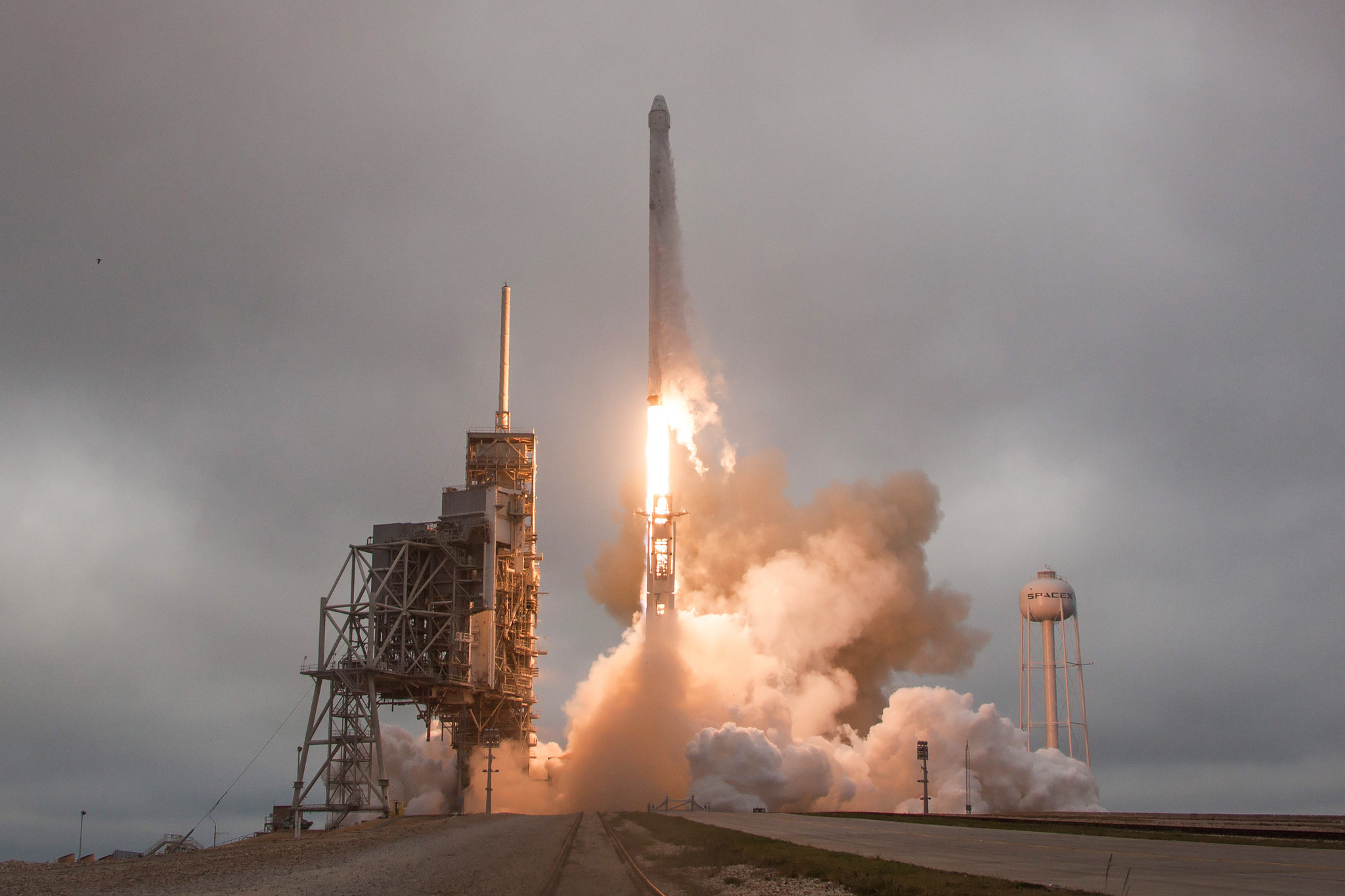 The Falcon 9 lifts off. SpaceX

The first stage ignites its booster to touch down at Landing Zone 1. SpaceX 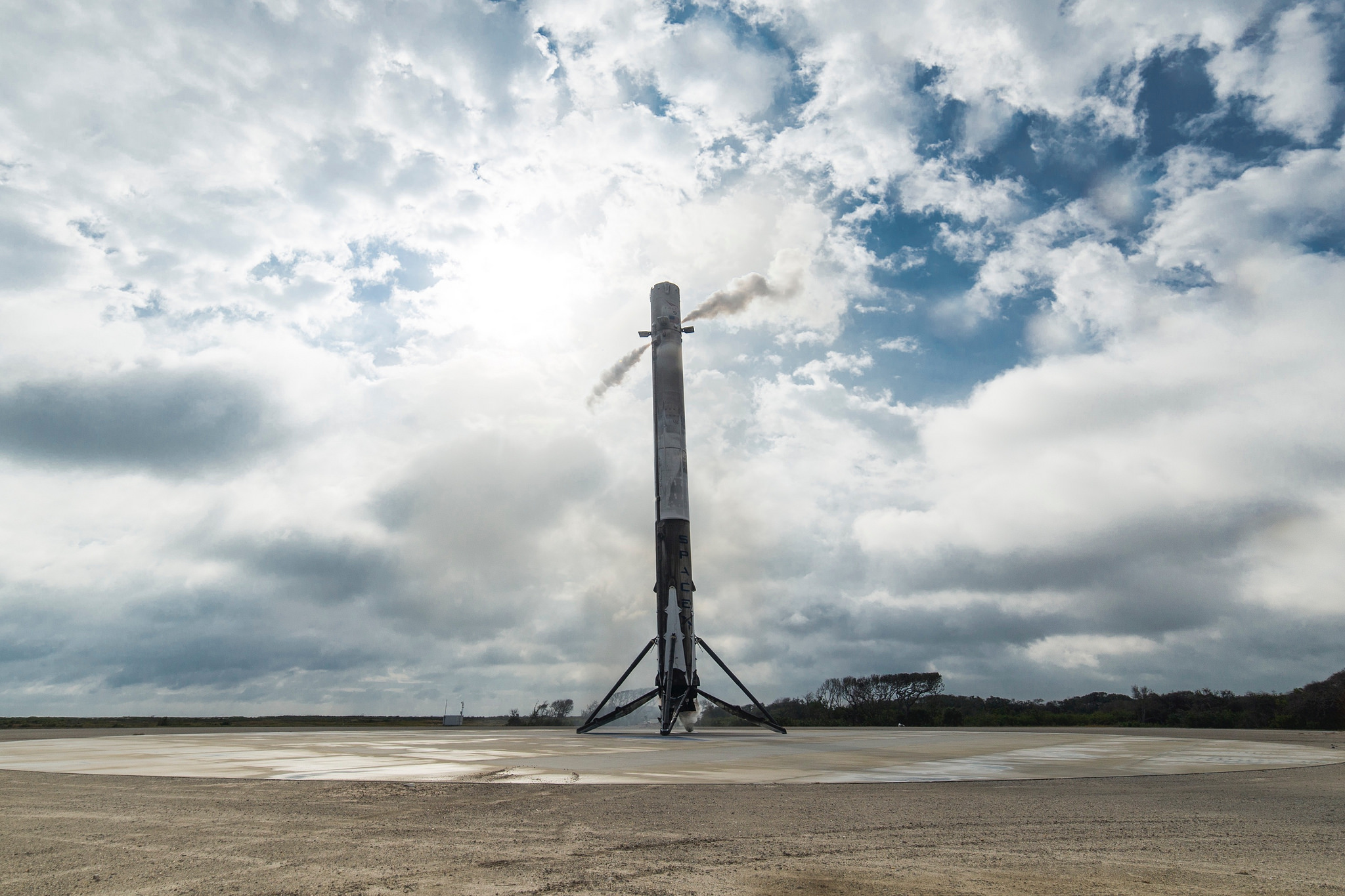 Safe and sound after a successful launch and landing. SpaceX

Video of the landing seen by a drone camera

The launch was delayed from Saturday by CEO Elon Musk after a small steering issue was found in the rocket’s upper stage, with countdown stopping just 13 seconds before liftoff. Musk had tweeted it was “99% likely to be fine”, but “that 1% chance isn’t worth rolling the dice. Better to wait a day”.

What made this launch even more notable was that it took place from the historic Launch Complex 39A at NASA’s Kennedy Space Center (KSC). Once used to launch the Space Shuttle and Saturn V, this pad was leased to SpaceX in 2014 after the retirement of the Shuttle in 2011.

It’s taken a while to get it prepped for SpaceX launches, but now that it’s up and running it gives the company more flexibility for future launches. Another pad used by the company at Cape Canaveral in Florida is currently being repaired after that explosion back in September last year, while SpaceX can also launch from Vandenberg Air Force Base in California.

SpaceX is planning to eventually use Launch Complex 39A for its upcoming Falcon Heavy vehicle, which will be the largest rocket in operation today. This will use three boosters compared to Falcon 9’s single booster, with plans to land all three simultaneously on the ground at Cape Canaveral.

As early as March this year, SpaceX wants to start re-flying some of the rockets it has landed, a key part of its plan to bring down the cost of spaceflight. It currently has eight, with Luxembourg satellite manufacturer SES already signed up to be the first customer on a re-flown rocket.

The company’s president, Gwynne Shotwell, also announced recently that they have a rather ambitious plan to launch a rocket every two to three weeks this year. Whether they’ll achieve that goal remains to be seen (similar claims have been made before), but having an extra launch pad certainly won’t hurt matters. 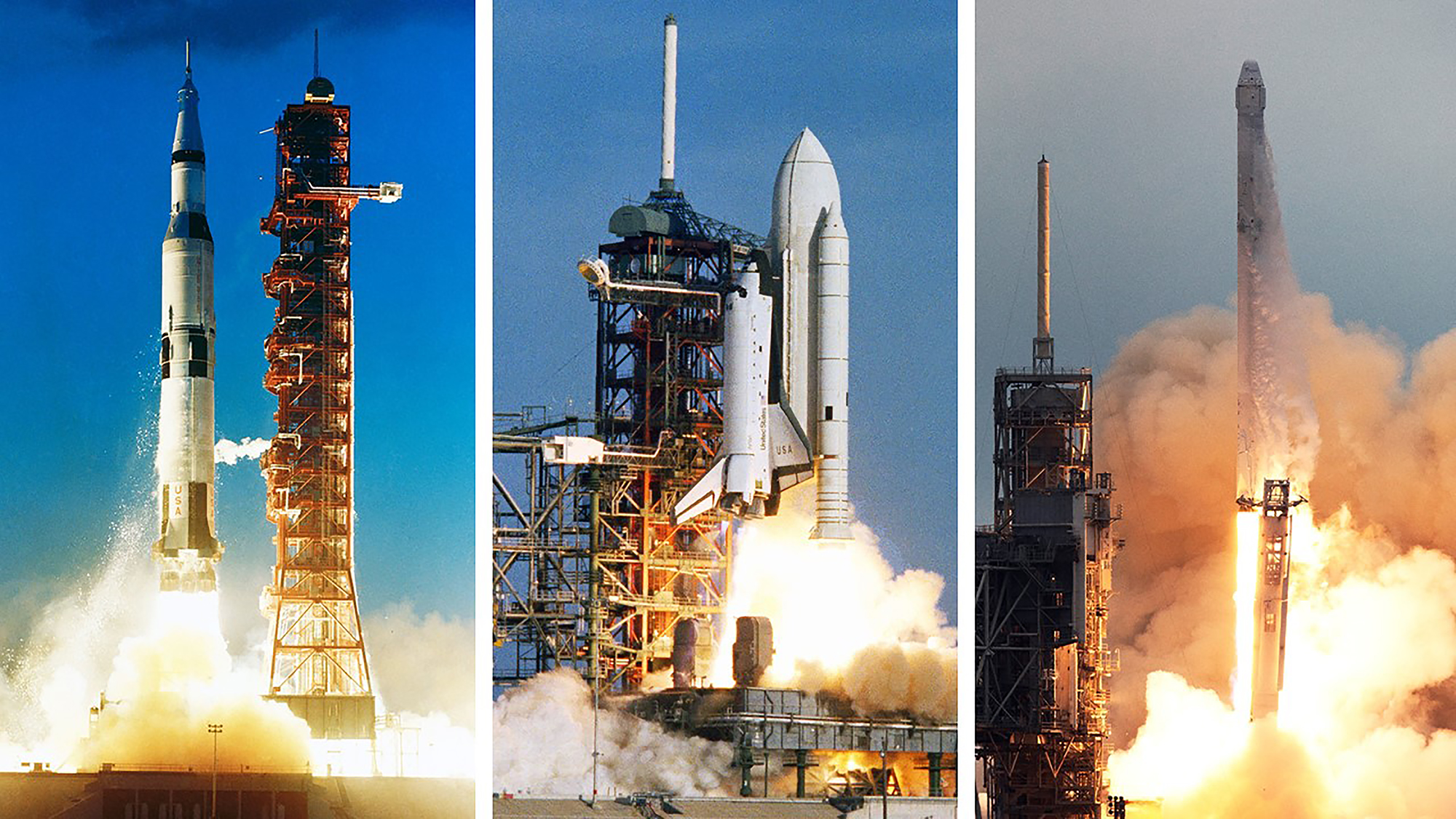 Launch Complex 39A has been used to launch the Saturn V (left), Space Shuttle (middle), and now Falcon 9 (right). NASA/SpaceX