Find the biggest screen you can, because this image deserves to be seen in its full 2-billion-pixel glory.

The image was released by the European Southern Observatory (ESO) and captures in incredible detail NGC 6334 and NGC 6357, known as the Cat’s Paw and Lobster Nebula. The image is 49,511 x 39,136 pixels and it’s one of the largest images ever released by ESO. A zoomable version is available.

The objects, located 5,500 and 8,000 light-years from Earth respectively, were first seen by British astronomer John Herschel in 1837, although he could only resolve the bright toepads. It took decades for their shape to become clearer, which is when they got their nicknames.

Astronomical instruments have improved significantly since then and we can now see these nebulae better than ever before. The 256-megapixel OmegaCAM that photographed the nebulae is particularly sensitive to a region of visible light where the emission of hydrogen is very strong.

These giant gas clouds are made mostly of hydrogen and are shrouding hot young stars that are 10 times heavier than the Sun. They emit a lot of ultraviolet light, which is absorbed by the hydrogen and then re-emitted as a deep-red light.

To even begin to see the thousands of young stars hiding inside the Cat’s Paw, we need to move even further down the longer wavelength side of the light spectrum. ESO has previously used their infrared capabilities to look at NGC 6334, revealing a different side to the Nebula. The paws are but a halo and many more stars are suddenly in view.

Unfortunately, multiwavelength astronomy can’t be done for every astronomical object due to time and monetary constraints. But when it’s possible, we can suddenly see a richer, more complex world. 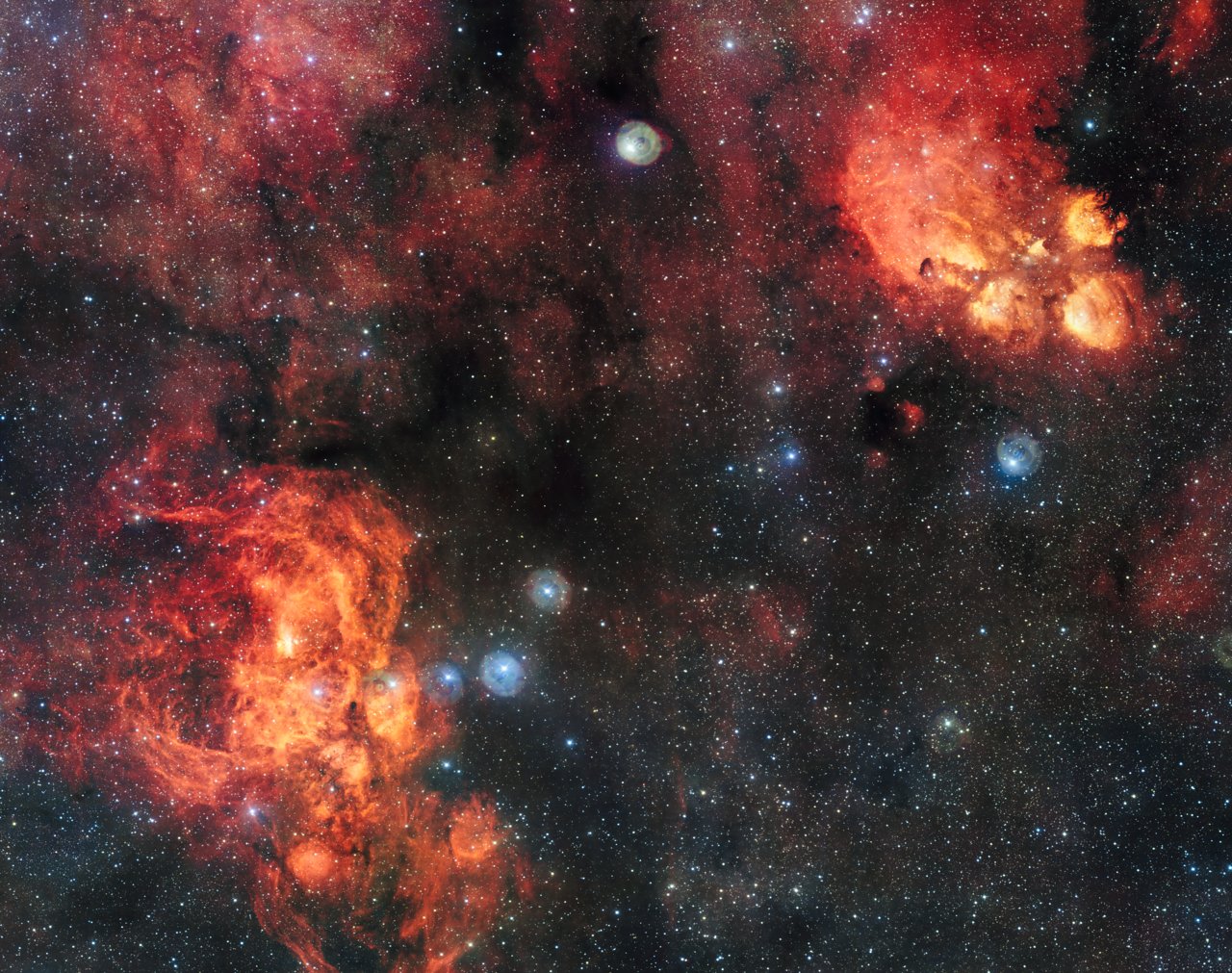 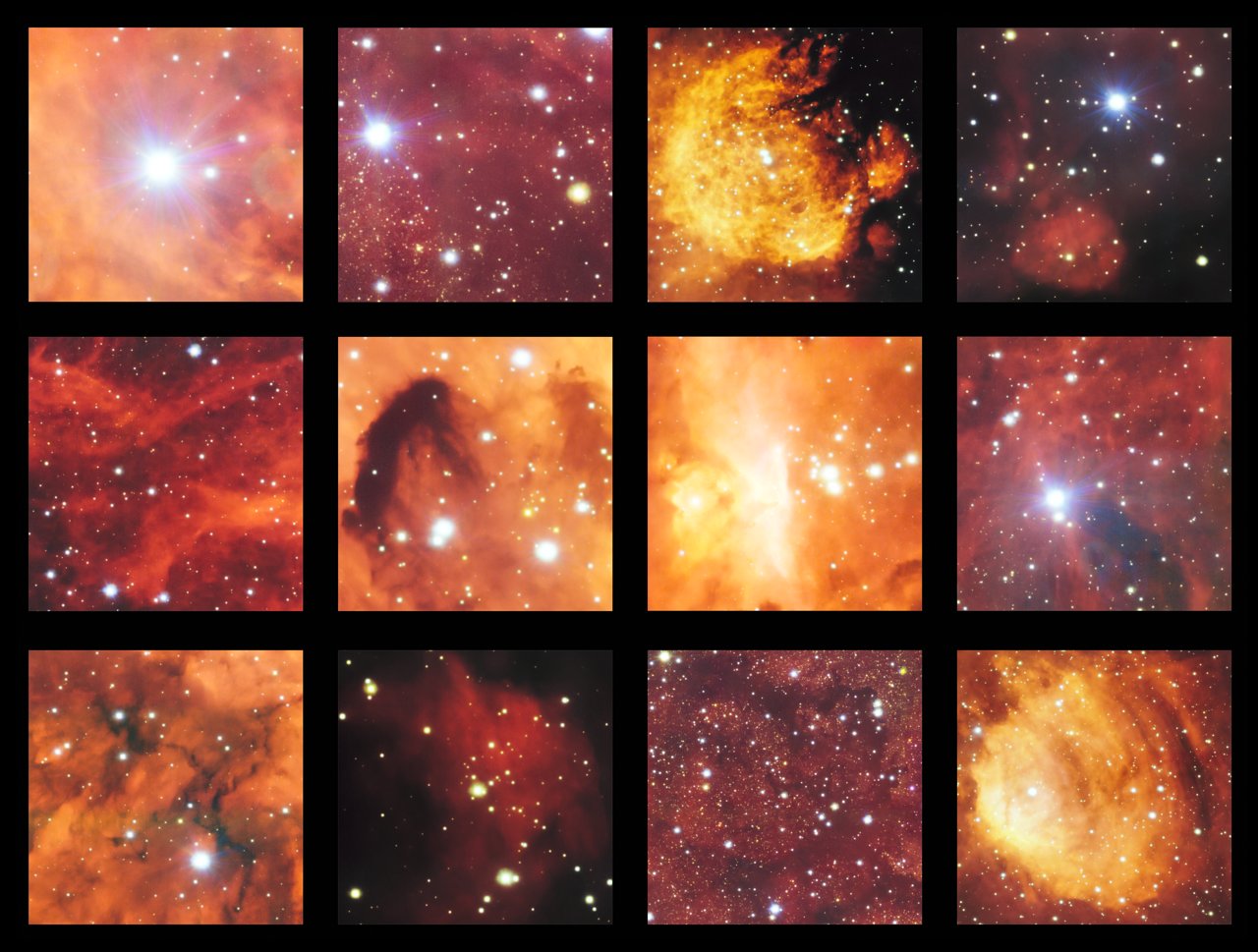 Highlights from the Cat's Paw and Lobster Nebulae. Credit: ESO