The EPA is in trouble, to say the very least. Short of it being completely destroyed by the Trump administration and the Republican Party, it was actually already in a bit of trouble towards the end of Obama’s second term.

Together, the agency and the President concocted the Clean Power Plan (CPP), a bunch of nationwide regulations designed to keep America’s carbon emissions down, renewable energy investments up, and pollution levels capped.

A total of 28 states and hundreds of companies reliant on fossil fuels protested, claiming the EPA’s reach and control was threatening. Climate change doesn’t care about state boundaries, of course, but let’s just leave that point behind for now.

Although the case was never properly resolved, the CPP was never ratified and remained stuck in the courts. Now, with the Trump administration set to kill off the CPP, along with (almost) any chance of combatting climate change, it seemed almost certain that America would be set to reverse the incredible progress it’s made over the last decade in this regard.

The report notes that, because of these mysterious market forces – the ultimate Republican sacred cow – the CPP is already 75 percent of the way to meeting its ambitious greenhouse gas emission cutting targets. 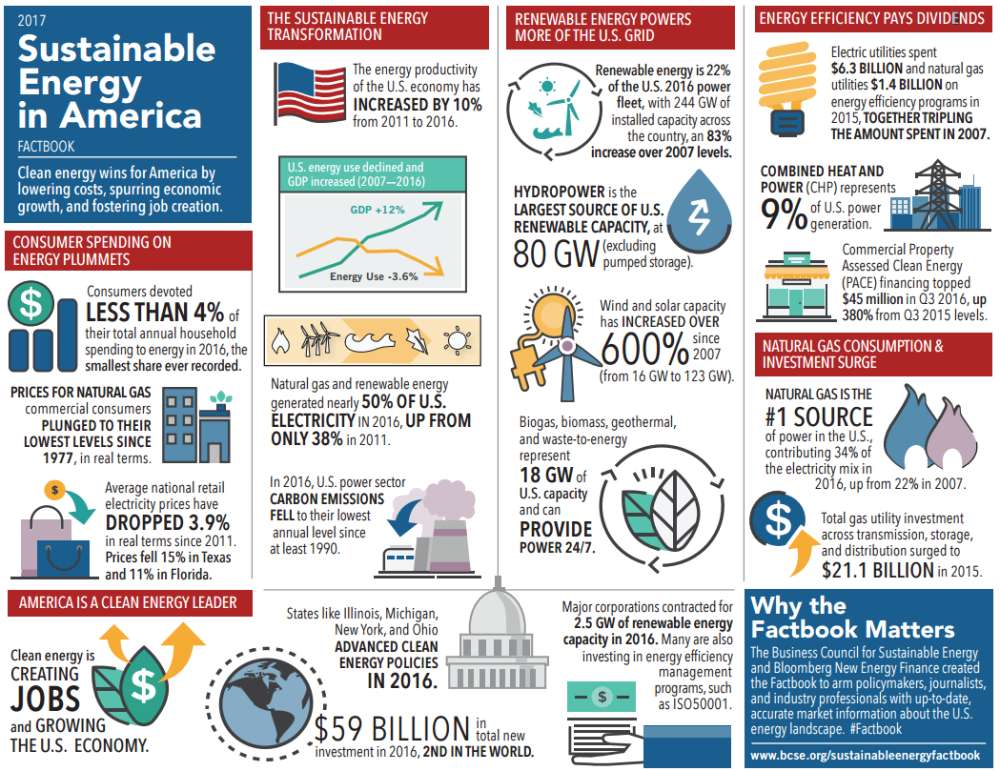 The state of the nation. BCSE

As it turns out, several things have been happening in the US that, regardless of government policy, would have likely happened anyway. Renewable energy is so cheap to install and use these days that it has proliferated across the country. In much of America, wind power is cheaper than any fossil fuel source, including natural gas.

As the report points out, renewable energy now makes up 22 percent of the total US energy mix, a massive increase from 2005 levels.

Renewables are also rapidly becoming commonplace in places like the EU and China. Their spread is so strikingly fast that some estimates suggest that coal will be completely phased out by 2050.

Add into this things like the Paris agreement and the fact that even corporations like Shell are abandoning oil drilling in parts of the world, well it turns out that emissions are being cut within the US by default, so to speak.

The way energy is being used has also made a significant difference. “American energy productivity has increased by 10 percent from 2011 to 2016,” the report highlights, adding that "in 2016, consumers devoted less than 4 percent of their total annual household spending to energy, the smallest share ever recorded.”

In short, the way we use energy is now both more efficient and conservative than ever before. This means we’re using less energy per day, which ultimately produces less greenhouse gas emissions.

Yes, there is a danger that, with Trump’s plans to resurrect oil pipelines and dig up more coal, this trend will slow down. However, it’s not likely to be reversible, and that’s the key point. Obama, before he left office, declared the clean energy revolution to be irreversible despite Trump.