Elon Musk has made no secret of his desire to get humans to Mars with his SpaceX company, but in an interview with Stephen Colbert last night, he took things one step further: He suggested it could be possible to terraform Mars by dropping thermonuclear bombs on the ice at its poles.

“Eventually you could transform Mars into an Earth-like planet,” he said on The Late Show (video is viewable from the U.S. only), adding that there were two ways to do this. “The fast way is drop thermonuclear weapons over the poles,” he said, leading Colbert to brand him a supervillain. “Superman doesn’t say we’ll drop thermonuclear bombs, that’s Lex Luthor!” said the host.

Musk added that the slow way would be to release greenhouse gases, like what is happening on Earth, to warm it up. He added that Mars was a “fixer-upper” of a planet, something he’s said before.

His idea might sound like a plot from the next "Superman" film, but there is some science behind the madness. Dropping thermonuclear bombs would release huge amounts of heat, melting the carbon dioxide ice at the poles. This would release considerable amounts of CO2 and, in theory, thicken the Martian atmosphere. If it becomes thick enough, it might be possible for water to then exist as a liquid on the surface. It could also start a greenhouse effect on Mars; as it gets warmer, more ice melts, the atmosphere gets thicker, it gets warmer… and so on. 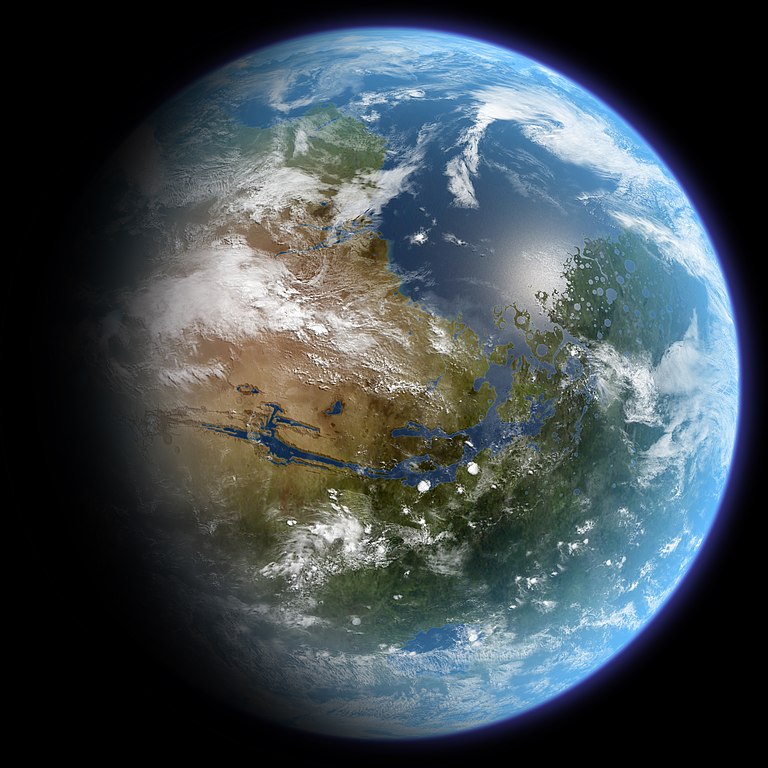 Of course, one issue with this “fast” plan is the fallout from dropping thermonuclear bombs on Mars. However, as the atmosphere would be pretty thin to begin with, most of the radiation may escape from the planet. How long it would take for all the radiation to disperse, though, and what effect it would have on Mars as a whole, isn’t clear.

And, let’s be honest. If you drop one nuclear bomb at the pole, it’ll melt some ice, but not a lot. You’d need to drop pretty much the entire stockpile of the U.S. and Russia to have a noticeable effect, releasing huge amounts of radiation. And we can’t see both countries letting Musk launch their entire defensive arsenal to a planet an average of 225 million kilometers (140 million miles) away any time soon.

In the interview, Musk also noted how SpaceX would hopefully be ready to start launching astronauts into space in the next two to three years. Musk has also been due to reveal his plan to land humans on Mars for some time now, something tentatively named the Mars Colonial Transporter, but there's no news so far.

We’ll have to wait and see if he plans to launch a few nuclear bombs with those first Martian colonists.

Image in text: What Mars could look like with an Earth-like atmosphere. Daein Ballard/Wikimedia Commons.