Pow! Kablam! It’s been a long time since superheroes had their violence accompanied by these innocuous comic book-style representations. These days their actions are more likely to come with state-of-the-art slow-mo of every punch swung or bullet fired. And this is being picked up by children.

A new study has found that pre-schoolers – children between the age of three and five – don’t admire their fictional heroes for their brave deeds and using their talents to help others, but for their impressively violent skills.

The research, published in the Journal of Abnormal Child Psychology, found that at such a young age children are missing the more complex and subtle moral messages in superhero films and TV shows and mainly comprehending just the showy aggressive and violent themes instead.

Lead author Sarah M. Coyne of Brigham Young University decided to explore what it was that preschool-aged boys and girls take away from being immersed in superhero culture, and surprisingly, it wasn’t as positive as people might think.

Coyne was the author of a similar study last year on the influence of Disney princesses on young children, finding that the “princess culture” perpetuated female stereotypes and could be damaging in the long term for young girls.

In this study, she found that children who regularly engaged in superhero culture were more likely to be physically and relationally aggressive one year later. She also found they were no more likely to aid and defend other young children against bullies, despite that being the moral point of superheroes.

"So many preschoolers are into superheroes and so many parents think that the superhero culture will help their kids defend others and be nicer to their peers," Coyne said in a statement. "But our study shows the exact opposite. Kids pick up on the aggressive themes and not the defending ones." 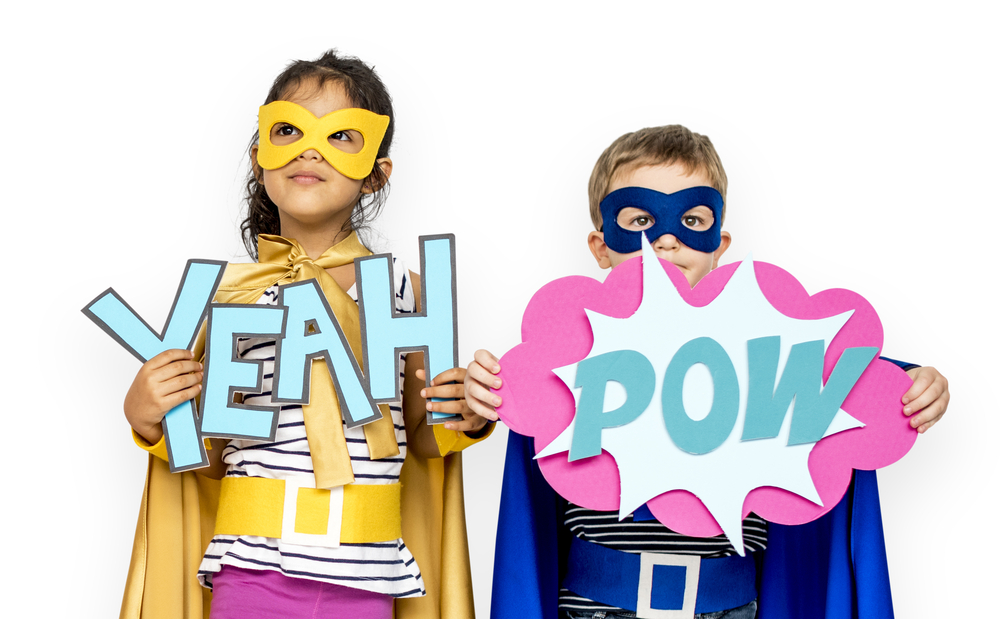 Coyne and her colleagues interviewed 240 children, asking them to identify popular superheroes, who their favorites were and why. Of the 30 percent who actually specified characteristics in their favorite superheroes, only 10 percent mentioned their defending ability, with answers including preferring Spiderman "because he shoots webs and he saves people."

They found that 20 percent of the children actually associated their favorite superheroes with some kind of violent or aggressive skill. Answers on why they preferred a particular hero ranged from "He's big and can punch" and "He smashes and gets angry”, right up to Captain America being a favorite "because he can kill."

The researchers suspect that the reason violent behavior is the main thing young children are taking away from superhero culture is that these stories are not made for their age group anymore.

With the ever increasing popularity of superhero film franchises, tv shows, and computer games, the makers are trying to cover as wide an audience as possible, creating complex storylines on a grander scale for adults as well as including plenty of simple “entertaining” violence – bigger explosions and destruction of everything from cars to buildings. Unfortunately, very young children don’t have the cognitive ability yet to pick out the wider moral message that is meant to be portrayed. Exposure to casual violence might be desensitizing the children to empathy in the playground, essentially.

But the researchers do conclude that parents shouldn’t worry too much about disengaging their children with superhero culture. After all, as Coyne points out, "It is nearly impossible to avoid the superhero culture in America."

Instead, they recommend engaging children in discussions about the reasons and repercussions of their favorite superhero’s actions as well as encouraging a wider range of activities in general to include a wider influence.

“The point of the study is not to ban superheroes as they can be a fun and magical part of childhood,” Coyne said. “However, the superhero culture can become consuming, especially if kids are watching the movies, playing with the toys, strongly identifying with the characters, dressing up, etc. This study is about finding balance and ways to talk about superheroes that focus on the positive aspects."