Two research teams have investigated whether Greenland's Ice Sheet (GIS) survived warm periods over the last 2.5 million years, but their findings appear contradictory. In a reflection of how science should operate, both papers have been published in the same edition of Nature while the scientists attempt to resolve the differences and establish the truth behind this important question.

If Greenland's ice melts entirely, it will raise sea levels by 7.4 meters (24 feet), even without a contribution from Antarctica, so we urgently need to know under what conditions this will occur. Ancient history could help, telling us what has gone on in past warm periods.

Columbia University's Professor Joerg Schaefer and colleagues set out to test whether bedrock beneath the central GIS has been exposed to cosmic radiation over the last 2.6 million years. This was measured using concentrations of beryllium and aluminum isotopes in a 1.55-meter (5-foot) bedrock core drilled in 1993 in central Greenland. These isotopes are produced when cosmic rays strike rocks close to the Earth's surface.

Schaefer concluded the core's location was ice-free for an extended period, increasing the probability of this happening again under our influence. Schaefer's work suggests the exposure either lasted for 280,000 years, ending around 1.1 million years ago, or involving several long periods, collectively amounting to more than a tenth of the Pleistocene era. 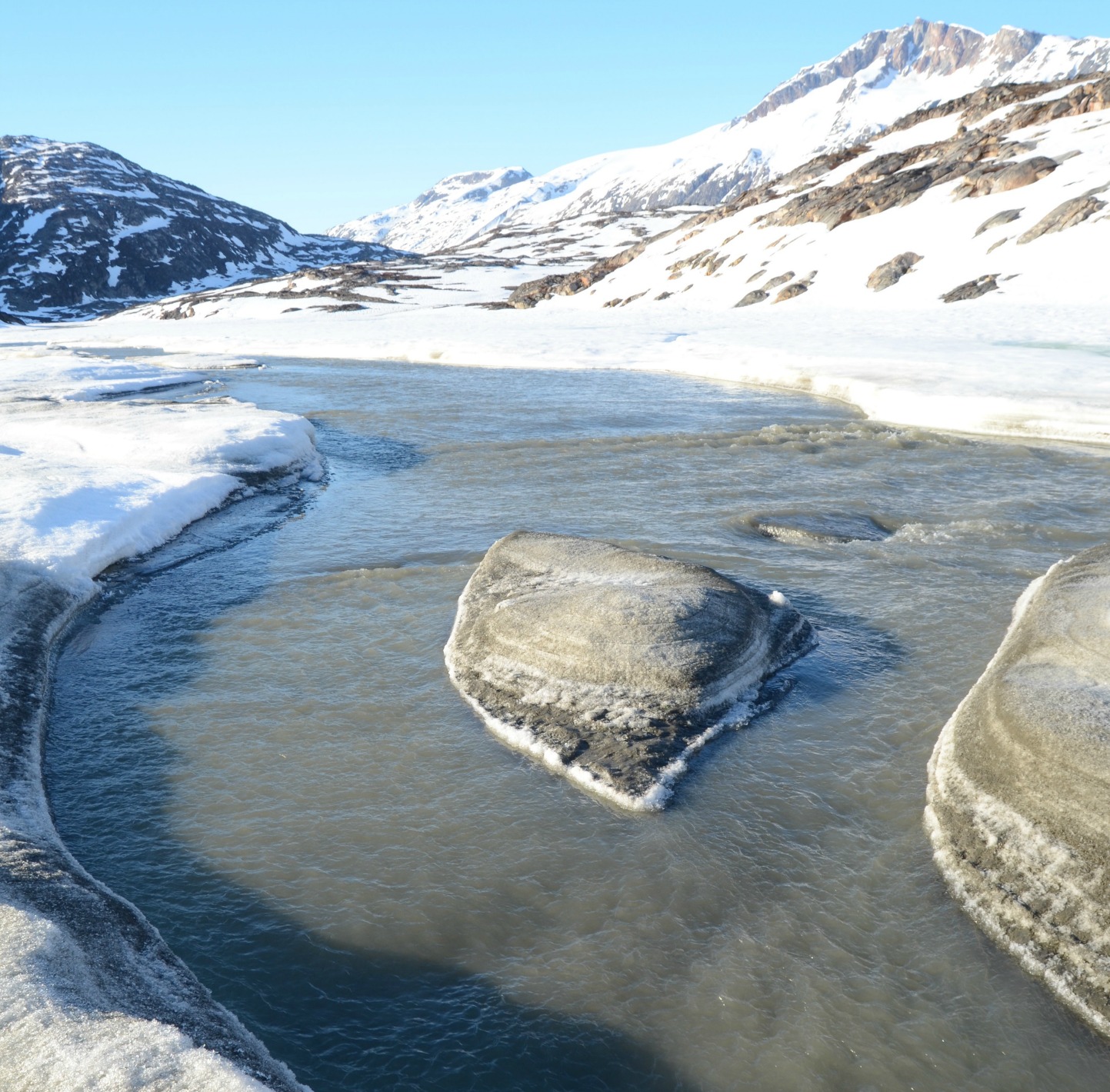 This meltwater stream near Kulusuk carries silt from eroded rocks to Greensland's coastline, where it leaves a record of the circumstances in which those rocks existed. Paul Bierman

Meanwhile, Professor Paul Bierman of the University of Vermont led a team examining the marine deposits at sites off East Greenland. These contain a record of the rocks worn down by rivers or pushed by glaciers to the sea. The aluminum and beryllium in these rocks provides an indication of the ice coverage at the locations from which the rocks were eroded.

Bierman's more optimistic conclusion is that the GIS has waxed and waned in size over the last 7.5 million years, but Greenland was never ice free, at least for any significant period during that time. This is much more in line with the dominant view among scientists who study Greenland's geology than Schaefer and his colleagues' interpretation of their results.

The two papers might be reconciled if central Greenland lost its ice for an extended period, but the East Greenland highlands, from which Bierman's rocks came, retained a small ice cap. As satisfying as this conclusion might be, Schaefer's core was collected from a location high enough that it should only have melted when most of eastern Greenland did likewise, making it hard to see how the findings are compatible.

The researchers involved – along with many other scientists in the field – will review the results and design future projects to work out where the truth lies, rather than trying to shout louder than those who disagree with them. Which is one of the reasons why we love science. 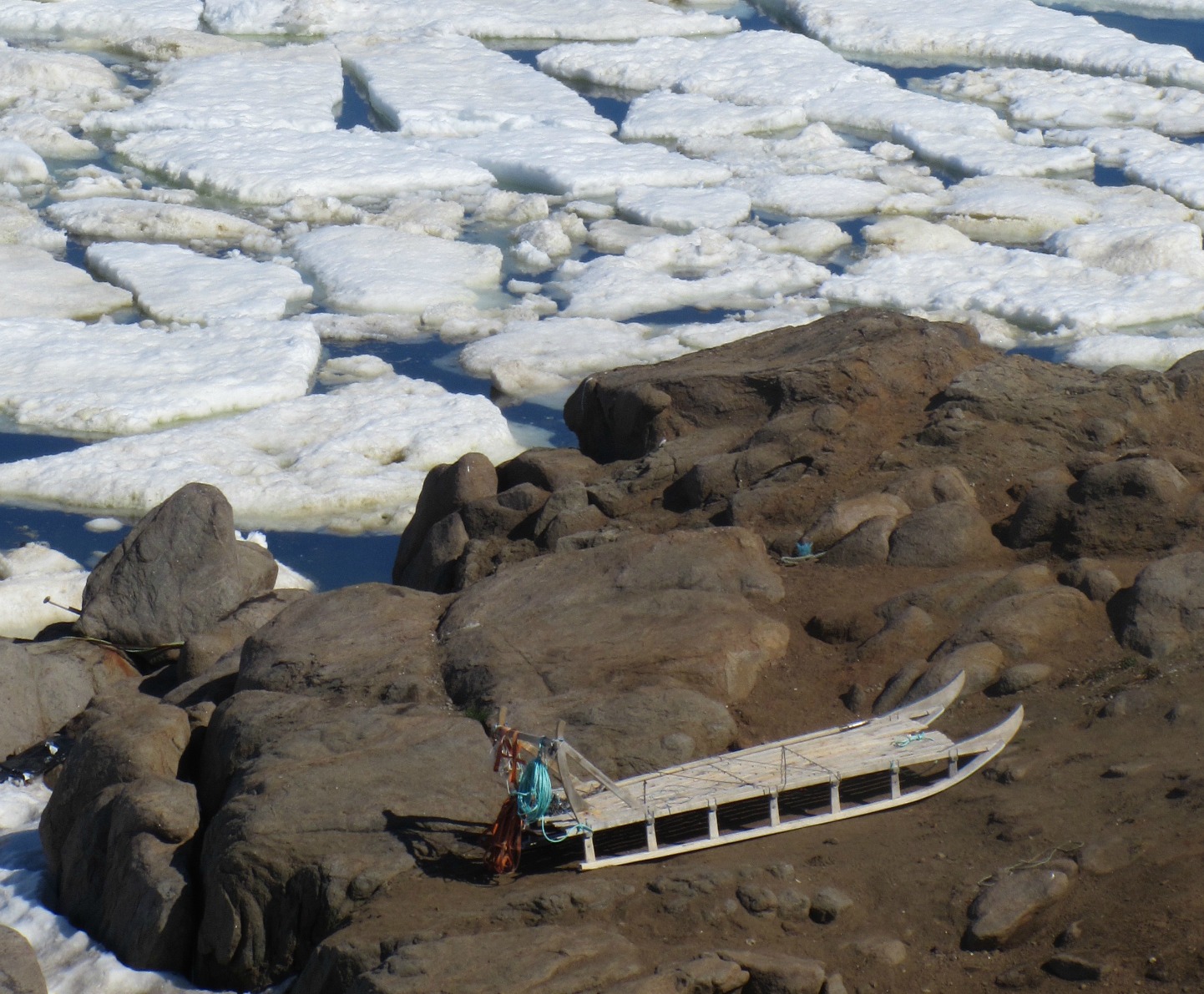 A sled and sea ice in the process of breaking up near Kulusuk, East Greenland. Paul Bierman