What’s the best way to cool something down? Stick it in the refrigerator, right? Well, this may work for a half-eaten sandwich or some delicious, nutritious cheese, but scientists have a much cooler (sorry) way of doing things – laser beams.

You see, when atoms gain energy through any means possible, they vibrate faster. Unless they are at absolute zero (0 Kelvin, which is -273.15°C/-459.67°F), atoms are always vibrating. In fact, temperature is just a measure of the average rate of vibration of a collection of molecules.

Lasers can confer energy upon atoms, heating them up and causing them to get a bit more jiggly. As it turns out, lasers can also organize light energy in such a way as to slow down these atomic vibrations. Thus, these focused beams of light can cool a substance down.

A team of researchers at the National Institute of Standards and Technology (NIST) in Boulder, Colorado, wanted to know just how cold they could get a substance using this rather magical laser cooling method. Organizing light as best they could with their technological wizardry, they focused it at a rather small aluminum membrane – just 20 micrometers wide and 100 nanometers thick – and began to cool it. 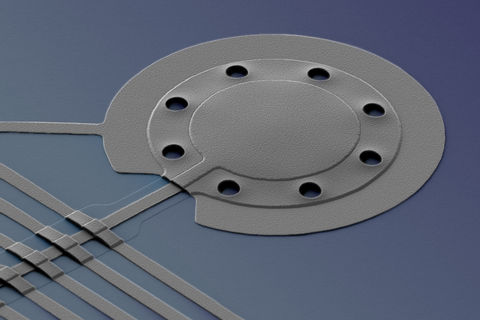 Remarkably, this drum-like minuscule object was lowered to a temperature of 0.00036 Kelvin, which is essentially the closest to absolute zero anything could realistically get. In fact, as reported in the journal Nature, this little piece of metal was 10,000 times colder than the deep, dark vacuum of space.

“It’s much colder than any naturally occurring temperature anywhere in the universe,” lead researcher John Teufel, a physicist at NIST, told New Scientist.

So why would you want to cool something like this? As it so happens, this technique may be the key to unlocking truly efficient quantum supercomputers, those that are hypothetically able to process information far faster than any current existing system.

Quantum computers use qubits. Unlike normal computers, which use binary bits that store information as 1s and 0s, qubits can be 1s, 0s, or 1 and 0 simultaneously. This ability, although not yet practically harnessed, will revolutionize how we store and process digital information, but there’s a problem.

Noise, generated by any source, will cause these highly sensitive components to vibrate, which will distort the information that they are carrying. This will introduce small computing errors into the program running at the time, and anyone using it will get an imprecise answer.

However, if there is a way that they can be cooled to near-absolute zero temperatures on an atomic level, then the information will remain undistorted. Fortunately, it seems like these beams of highly organized light might manage to do just that.

Image in text: The microscopic drum that was the target of the cooling. Teufel/NIST