To find where endangered species live, look at the clouds. By studying the patterns of clouds, and the borders between cloud locations, researchers have been able to predict the ecosystems beneath. They've even managed to identify habitats of specific species, improving prospects for conservation.

Clouds and vegetation are part of a common feedback loop. Unsurprisingly, the amount of rain, and the timing of when it falls, determines what plant species can grow at a particular site. On the other hand, transpiration, the water vapor released by leaves, can boost the moisture in the air enough to change cloud and rainfall patterns above.

Using 15 years of twice daily observations from NASA's Terra and Aqua satellites, Dr. Adam Wilson and Yale's Dr. Walter Jetz created a true cloud atlas for every square kilometer of Earth. They compared their findings to what we know of the environment beneath.

“When we visualized the data, it was remarkable how clearly you could see many different biomes on Earth based on the frequency and timing of cloudy days over the past 15 years," Wilson, now at the University of Buffalo, said in a statement. "As you cross from one ecosystem into another, those transitions show up very clearly, and the exciting thing is that these data allow you to directly observe those patterns at 1-kilometer resolution." 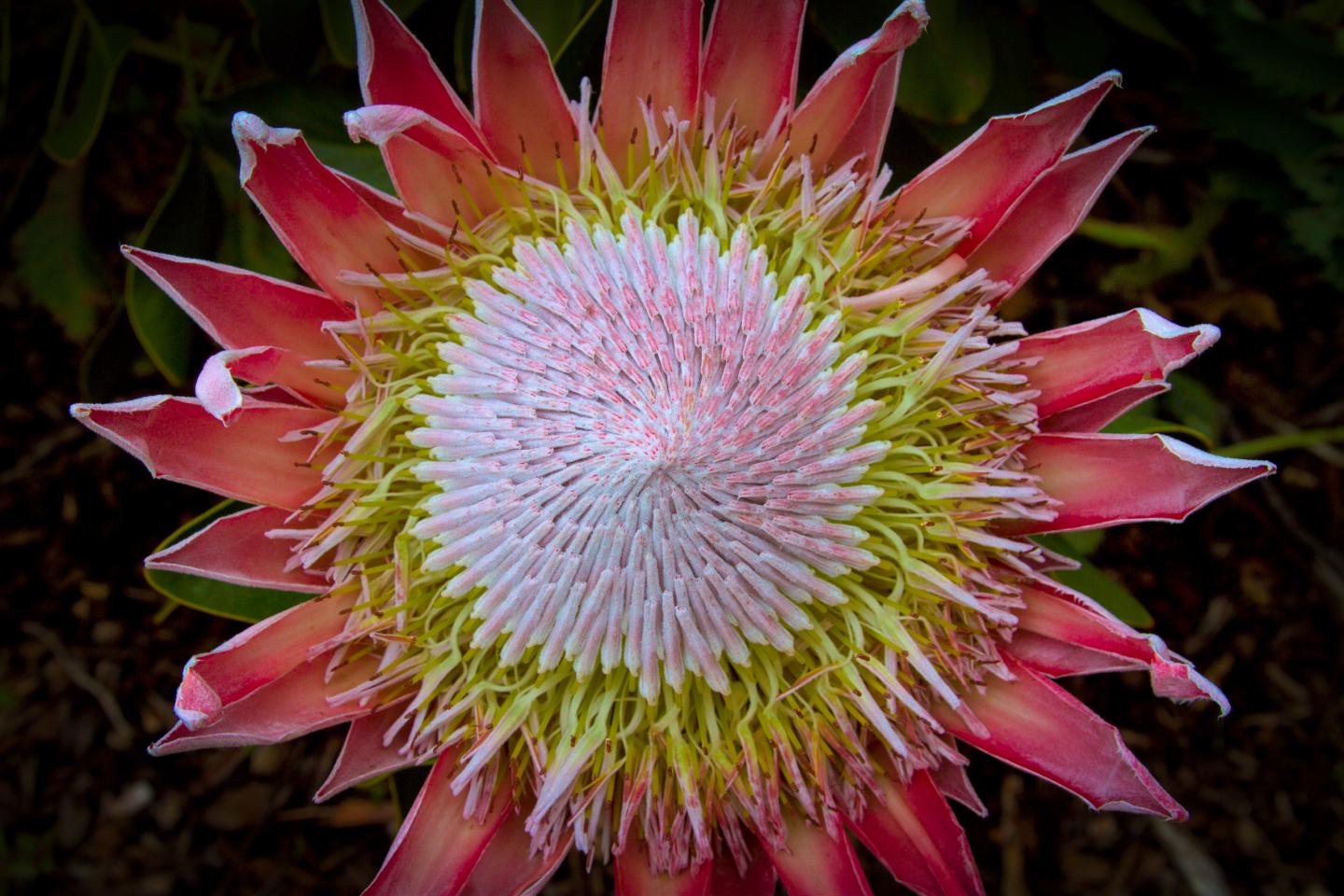 The king protea is one of the species whose locations have been identified based on cloud patterns. Adam Wilson

The most useful part of the work is using the patterns to predict the habitat for individual species, particularly those we hope to protect. Wilson and Jetz point to past work showing that cloud cover can be used to predict the drought stress on bishop pines.

In PLOS Biology, Wilson and Jetz demonstrate the viability of this approach on a wider scale, applying it to South America's montane woodcreeper and South Africa's king protea. Neither the bird nor the flowering shrub are endangered, but they provide a proof of concept for much rarer species.

The authors demonstrated that what they call clouds' “seasonal concentration” is more important for biology than annual averages.

Satellite sensing has been tested for such purposes before, but Wilson and Jetz argue that looking at the clouds can succeed where attempts to study vegetation directly have failed. “Especially in the tropics, seasonal variability of cloud cover is typically more important than day length and solar angle in reducing available solar irradiance, with multi-fold ecological consequences,” the paper reports. “These effects are difficult to observe in other remotely sensed products including vegetation indices, which for many parts of the world do not show much change throughout the year.”

Until recently enormous processing was required to measure seasonal cloud frequency at even a handful of locations, but Wilson and Jetz have shown this is changing.

“We now have decades of satellite observations that we can pull together to characterize the global environment," Wilson said. "It is exciting to now be able to tap into this large stack of detailed data to support global biodiversity and ecosystem monitoring and conservation."