On the outskirts of the ruins of the fabled city of Troy, archaeologists have come across the remains of a woman buried 800 years ago in a stone-lined grave. Amongst the bones of the skeleton, they discovered hard calcified nodules that turned out to contain the DNA of the bacteria that killed her, along with evidence that she may have been pregnant at the same time.

When the researchers cracked the nodules open, they found concentric growth rings inside it. But this wasn’t what excited them. They also found a proliferation of "ghost cells", microfossils that seemed to look an awful lot like bacteria from the genus Staphylococcus. Some members of this genus are well known to be implicated in disease, and so the researchers sent samples off to another lab to see what they could find.

“Amazingly, these samples yielded enough DNA to fully reconstruct the genomes of two species of bacteria, Staphylococcus saprophyticus and Gardnerella vaginalis, which infected the woman and likely led to her death,” said Hendrik Poinar, co-author of the paper in eLife, whose lab at McMaster University is renowned for extracting ancient DNA from archaeological specimens. But incredibly, that was not all they gleaned. 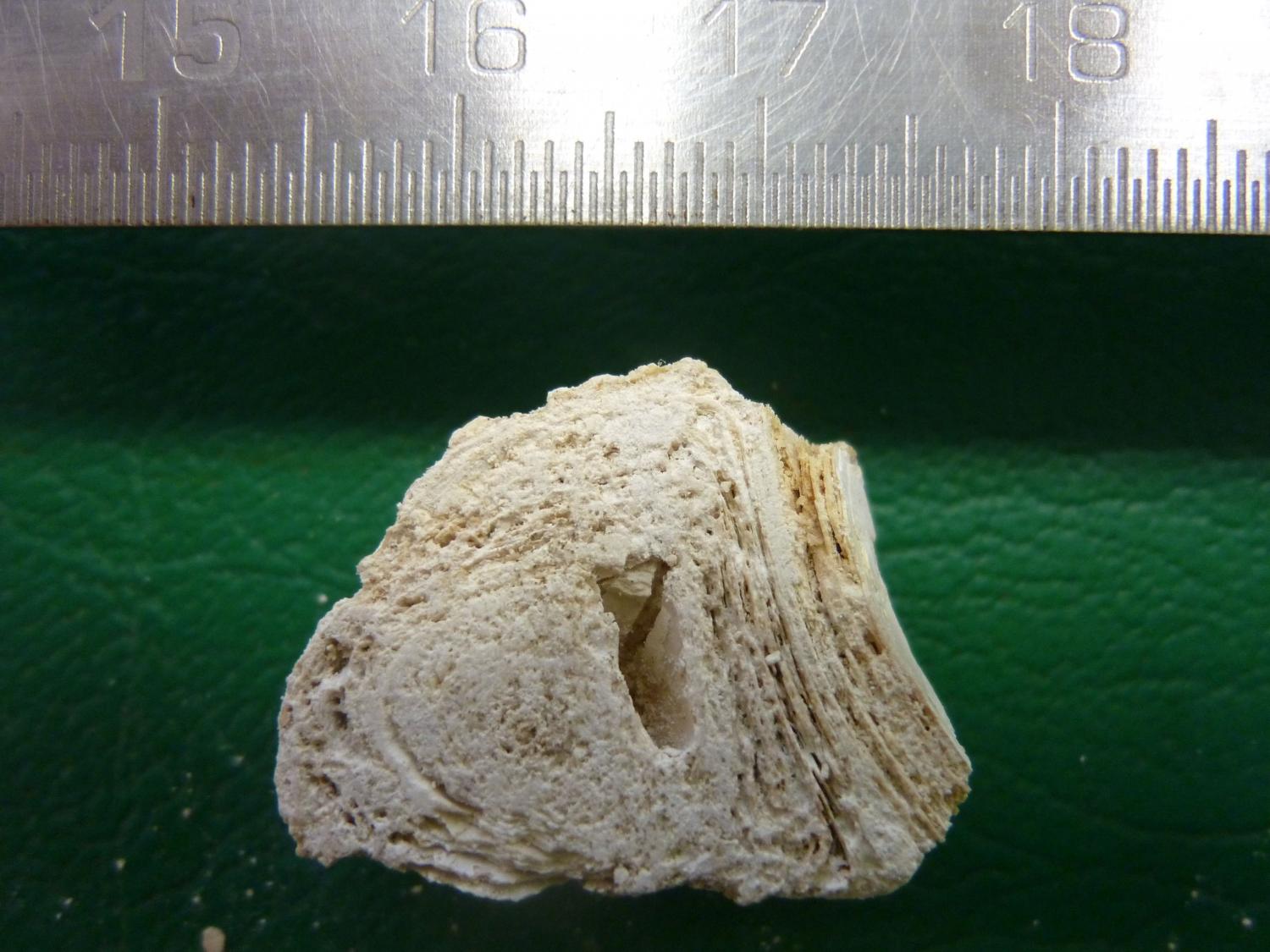 One of the two nodules, cracked open. Pathologie Nordhessen

Alongside the traces of the woman’s own DNA was that of the Y chromosome, which the researchers suspect was derived from a male fetus that she was likely carrying at the time of her death. This information, coupled with the genomes decoded from the bacteria, allow them to speculate as to what caused the untimely demise of this mother some 800 years previous.

They think that she may have died of a bacterial infection of the placenta, amniotic fluid, and fetal membrane, known as chorioaminonitis. If correct, this would make it the first ever known case of sepsis in a mother from the fossil record. “There are no records for this anywhere,” said Poinar. “We have almost no evidence from the archeological record of what maternal health and death was like until now.”

In all likelihood, maternal and child health 800 years ago was not great. Death in childbirth was commonplace, and infant mortality high. Those children that were lucky enough to survive were wracked with illness and malnutrition, events that have been recorded in their bones, and if they then reached adulthood, things seemed scarcely better. Most skeletons from this region show signs of hard physical labor, consistent with toiling the land, and few lived beyond 50.

This lifestyle would be consistent with the evidence found on that of the mother. Not only were her bones damaged, but the strain of Staphylococcus found in the nodules is now more normally associated with those found in animals, rather than humans, suggesting that she lived in close proximity to cows, and that disease and infection was readily passed between them both.