Last week, it was announced that a rainforest plant uses quantum mechanics to capture light more efficiently. Now, it turns out that bacteria may have beaten it by a billion years.

Like plants, purple bacteria use chlorophyl to capture the Sun's light, although the molecules they use release sulfur or hydrogen, rather than oxygen. Such bacteria are exceptionally ancient, but continue to thrive in conditions where there is abundant light and little oxygen. Occasionally, we notice them when conditions are so favorable as to allow them to create huge blooms, turning entire lakes purple.

Dr Ivan Kassal of the University of Queensland has shown that purple bacteria make use of quantum coherence, where very small particles behave like waves and vice versa. This increases the efficiency with which they harvest light, and could serve as a model for future solar cells.

“The bacteria’s chlorophyll molecules – which collect energy from light – are arranged in symmetrical rings,” Dr Kassal said in a statement. The rings have a pattern where molecules are aligned in a left/right alternating pattern, he reported in The Journal of Physical Chemistry Letters. 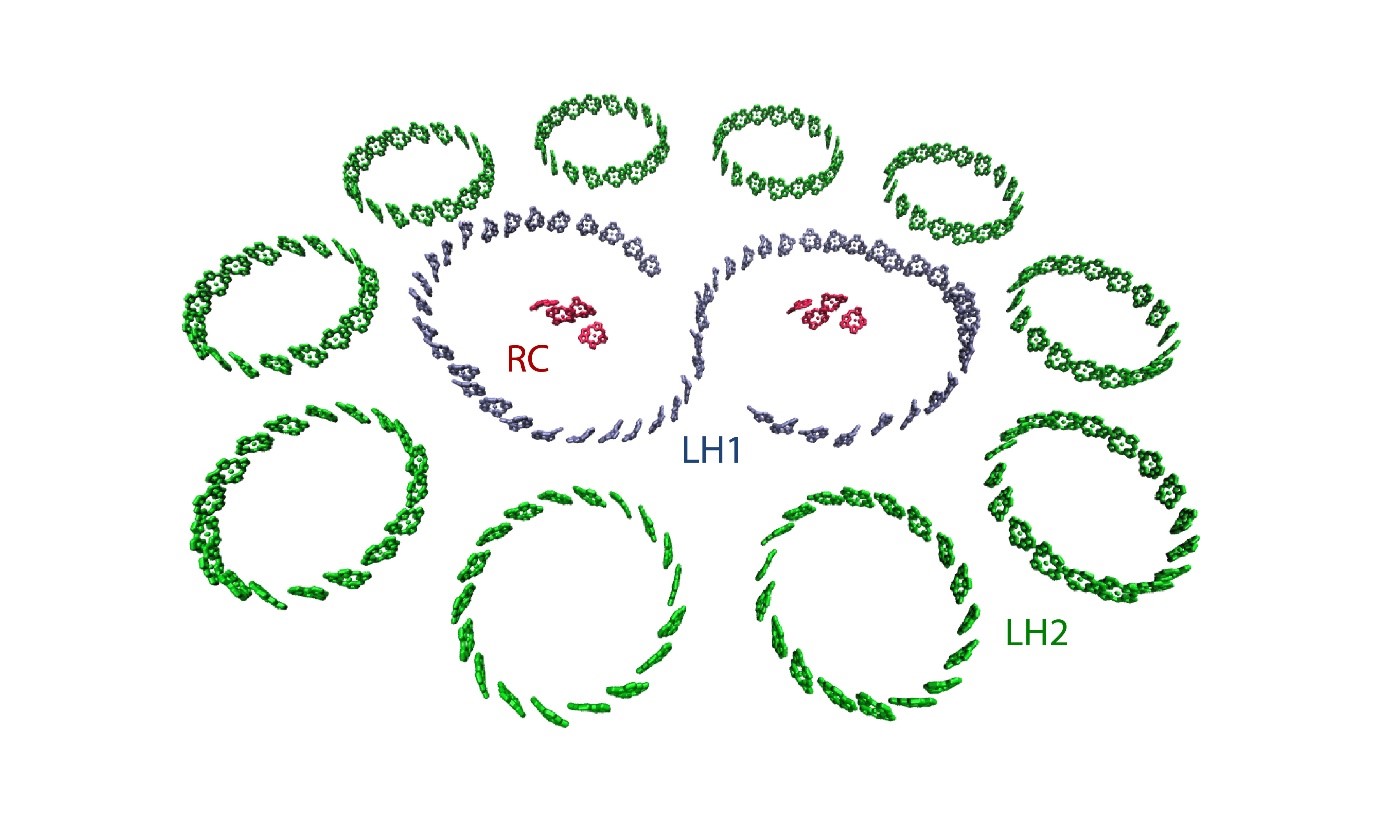 Schematic of the arrangement of the chlorophyl molecules in purple bacteria, a shape that takes advantage of the way quantum coherence spreads out excited states to make energy transfer easier. Baghbanzadeh & Kassal/Journal of Physical Chemistry Letters

Kassal explained to IFLScience that when light hits a molecule, it puts it in an excited state. However, this excitement is short lived, and if the organism is to make use of the energy, it must quickly transfer it to a reaction center, where it can be converted to something more stable.

“It was assumed that the excited state would behave like a particle that had to be transferred like a ball,” Kassal said. “But everything is a wave as well as a particle and the energy is smeared out around the ring. The left/right arrangement helps it be transmitted further.”

Kassal chose to study the bacteria because their photosynthetic structures are simpler than plants. It remains to be seen whether plants are also generating quantum coherence with their more complex arrangements.

In the long run, Kassal hopes the lessons learned could help develop better ways for humanity to capture sunlight. Organic solar cells represent the closest analogue we have made to the way plants and bacteria capture light. However, we don't really understand how these cells work, making them hard to improve in a systematic way. This ignorance is one of the reasons they remain far less efficient than silicon or perovskite cells.

According to Kassal, we still don't know whether organic cells make use of quantum mechanical effects, but if current versions do not, it may be possible to increase their efficiency by learning how nature manages it.