The largest goose to have ever walked the Earth was probably as ferocious as you’d expect. Standing 1.5 meters (nearly 5 feet) tall and weighing in at an impressive 22 kilograms (48 pounds), the souped up Mediterranean waterfowl was not only massive, but it had wings tipped with hardened knobs that it may have used to batter its opponents with. As if geese weren’t terrifying enough.

Over the past millions of years, biologically speaking, the Mediterranean has been a weird place. Made up of lots of islands spread across multiple archipelagos, some of the lumps of rocks were home to dwarf elephants and hippos, others giant rats and hedgehogs. But one group of islands, in what is now central Italy, had a whole menagerie of giant birds, which grew in formidable size due to the lack of terrestrial predators. 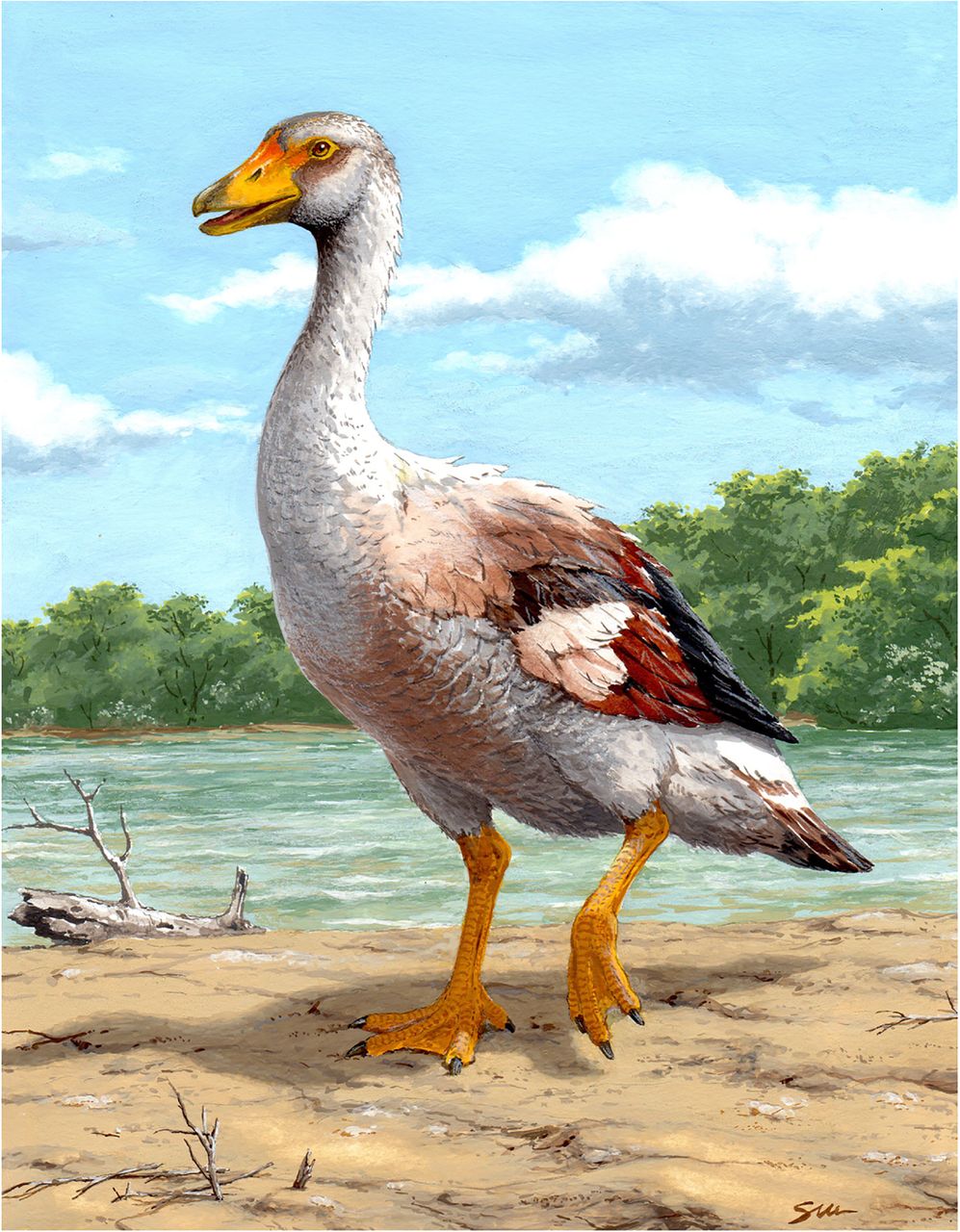 The researchers suspect that the giant goose, known scientifically as Garganornis ballmanni, lost its ability to fly due to a common island evolutionary trait where a lack of predators to escape from reduces the need for flying, and that the birds were using their wings for fighting instead. This is based on the discovery of what are known as “carpal knobs” on the ends of the wing bones. These are hard, rounded patches of skin found on the wings, and can deliver a devastating blow. This type of battering behavior can even be found in some modern birds, such as ducks, today.

The steamer duck from Argentina and the Falkland’s islands, for example, is well known for the male’s aggressive displays. But the ducks don’t only limit their wing batterings to members of the same species, as it has been observed that other waterfowl will quickly vacate the area if a steamer happens by. One account even records a male steamer violently biting and beating a shoveler duck to death, causing multiple broken bones and massive internal bleeding. All the while, the female steamer watched on, calling and displaying to the male.

And that’s just from a duck. Now imagine a 22-kilogram goose doing something similar – this Italian giant must have been pretty formidable. The most likely explanation for the goose's suspected sinister fighting style is competition between males for territories and mates. The researchers also suggest that they may have had to fight to keep onto another vital resource, that of fresh water.

The new research into the giant terrestrial waterfowl is published in the journal Royal Society Open Science, and gives fresh insight into not only what the monster geese would have looked like, but as to how they may have behaved.