While the Arctic might conjure up images of snow and ice, 90 million years ago it may have been a vastly different landscape. New fossils of a bird discovered in northern Canada suggest that the whole region back then may have been entirely ice free and dominated by volcanic activity with a climate more similar to modern northern Florida.

“Before our fossil, people were suggesting that it was warm, but you still would have had seasonal ice,” says John Tarduno of the University of Rochester in a statement. “We’re suggesting that’s not even the case, and that it’s one of these hyper-warm intervals because the bird’s food sources and the whole part of the ecosystem could not have survived in ice.”

The fossils in question are thought to be the remains of a bird that would have looked a bit like a cross between a seagull and a cormorant, except this early bird still had teeth. They would have been soaring the Arctic skies around 90 million years ago, meaning that these fossils, which belonged to a species now identified as Tingmiatornis arctica, represent some of the oldest records of birds living in the northernmost latitudes. 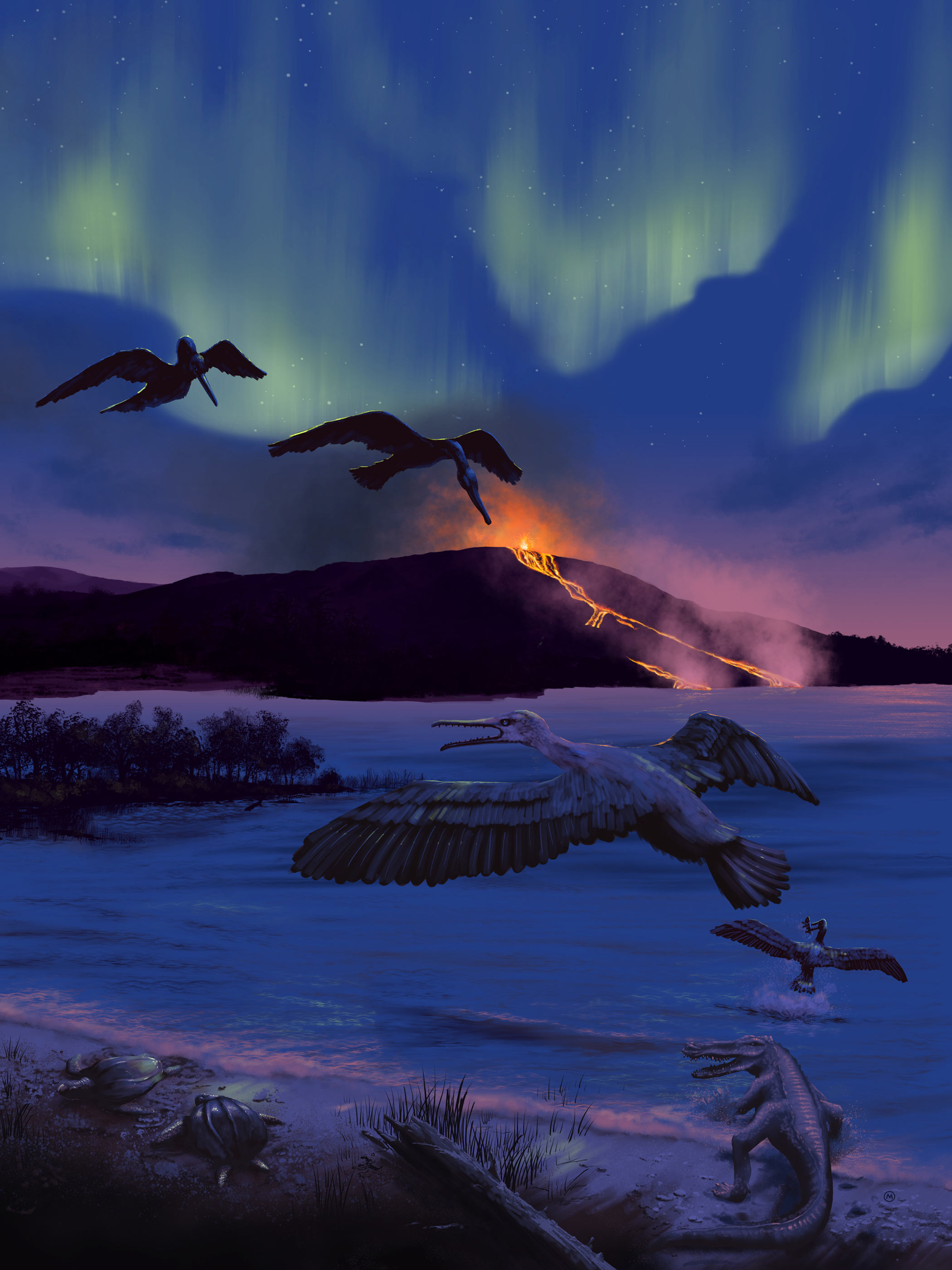 From earlier fossils found in the region, including those of large predatory fish, coupled with sediments from this period of time, the researchers have been able to construct what the environment and ecosystem may have looked like. With large basal flows created from massive volcanic eruptions, they suggest that the large amounts of carbon dioxide spewed out would have created a greenhouse effect in the polar region, dramatically warming it.

This would have provided the perfect environment for animals we more normally associate with living closer to the equator, a far stretch from the sparse landscape seen today. Warmer temperatures would have allowed birds to fish all year, while the team postulate that it may have even enabled crocodile-like reptiles, known as champsosaurs, and turtles to have swam the oceans.

Analyzing the bones has given the researchers some clues as to the evolution of birds. “These birds are comparatively close cousins of all living birds and they comprise some of the oldest records of fossil birds from North America,” explains Julia Clarke, co-author of the paper published in Scientific Reports. “Details of the upper arm bones tell us about how features of the flightstroke seen in living species came to be.”

The work may also give clues as to what the northern latitudes will look like as the environment continues to warm, something that is currently happening to the Arctic at an unprecedented speed.

Image in text: What the much warmer Arctic may have looked like 90 million years ago. University of Rochester illustration / Michael Osadciw