Early Monday morning, while the US East Coast was making coffee, dropping kids off at school, and cursing in traffic, a space rock as big as a 10-story building slipped past Earth.

The asteroid, dubbed 2017 AG13, was discovered only Saturday by the University of Arizona's Catalina Sky Survey, according to an email from Slooh, a company that broadcasts live views of space.

"This is moving very quickly, very nearby to us," Eric Feldman, an astronomer with Slooh, said during a live broadcast of the flyby at 7:47 a.m. ET on January 9. "It actually crosses the orbits of two planets, Venus and Earth." 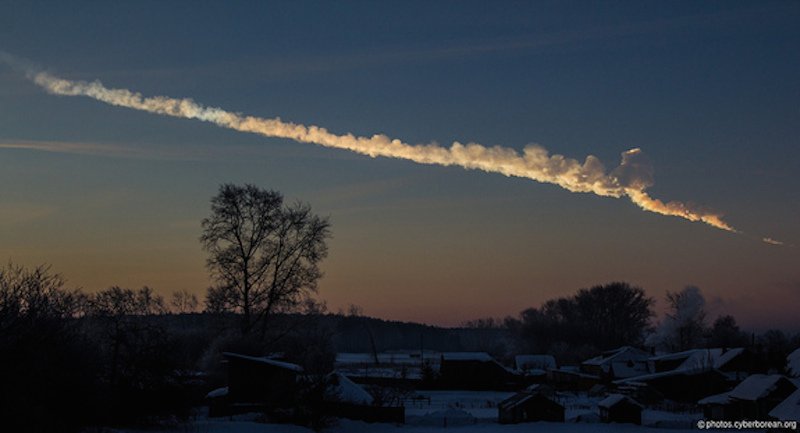 Trail of the asteroid that exploded over Chelyabinsk, Russia, on February 15, 2013. Flickr/Alex Alishevskikh

What would have happened if the asteroid had plowed into our atmosphere?

According to an asteroid-impact simulator called "Impact Earth!" by Purdue University, it might not have been as bad as it might sound.

Had a porous rock asteroid of 111 feet (34 meters) long hit Earth at a 45-degree angle, the simulator found, it would have exploded as an air burst. The blast would have released about 700 kilotons' worth of energy — dozens of times more powerful than the atomic bomb detonated over Hiroshima.

But since it would have occurred from a distance of about 10 miles high, it probably wouldn't have had much effect on the ground; if anything, a high-altitude boom may have sounded as loud as heavy traffic on the ground. 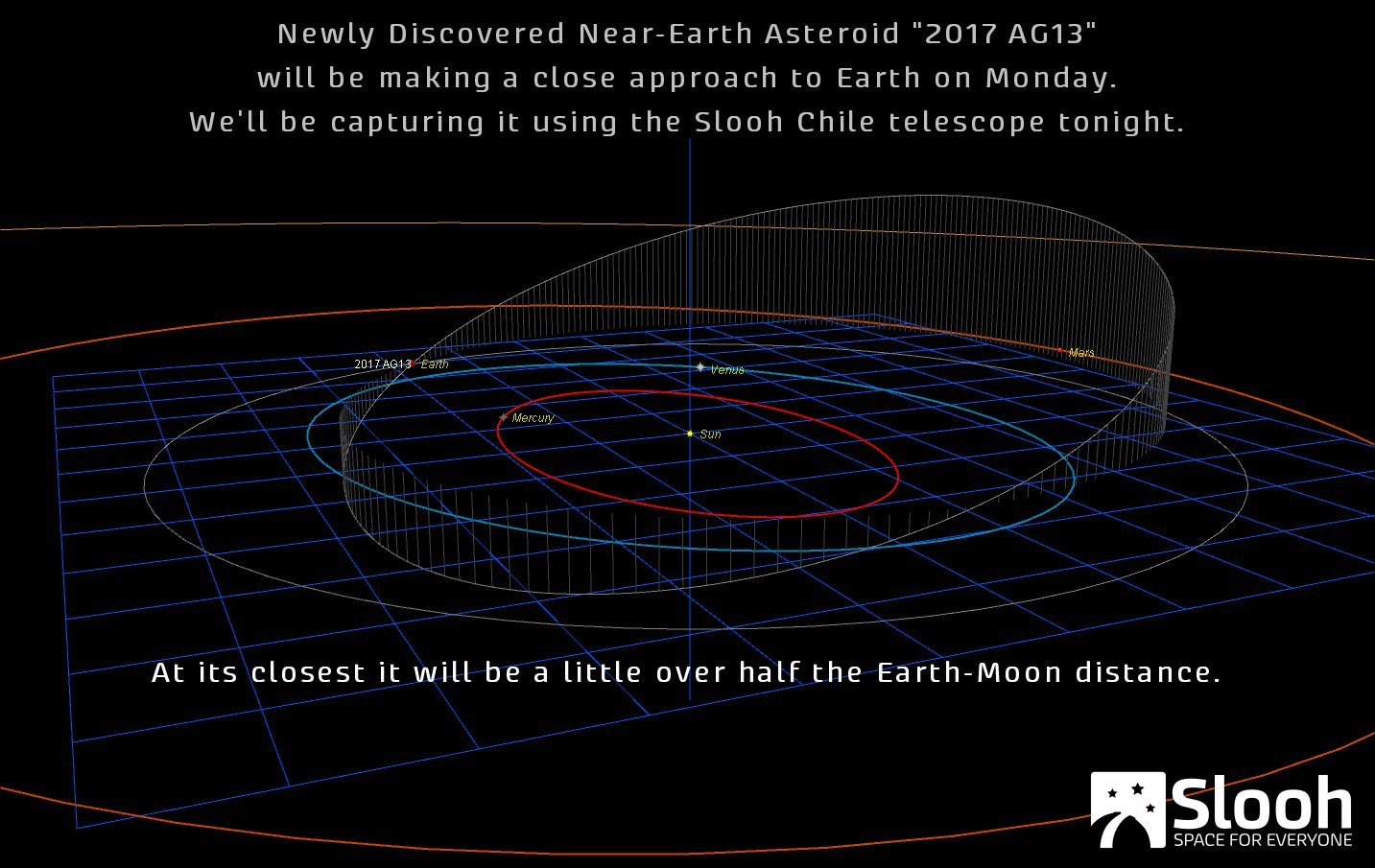 Such strikes occur about once every 150 years, according to Purdue.

However, according to Slooh, 2017 AG3 was "roughly the same size as the asteroid that struck Chelyabinsk, Russia in 2013," so the on-the-ground effects — including shattered windows and slightly damaged buildings — may have been similar.

"It is not that uncommon of an event, which is one of the reasons it is interesting," Mark Sykes, director and CEO of the Planetary Science Institute, told Business Insider in an email.

In fact, about 38 more "close approaches" like asteroid 2017 AG3's are expected in January alone, according to NASA's Near Earth Object Program. 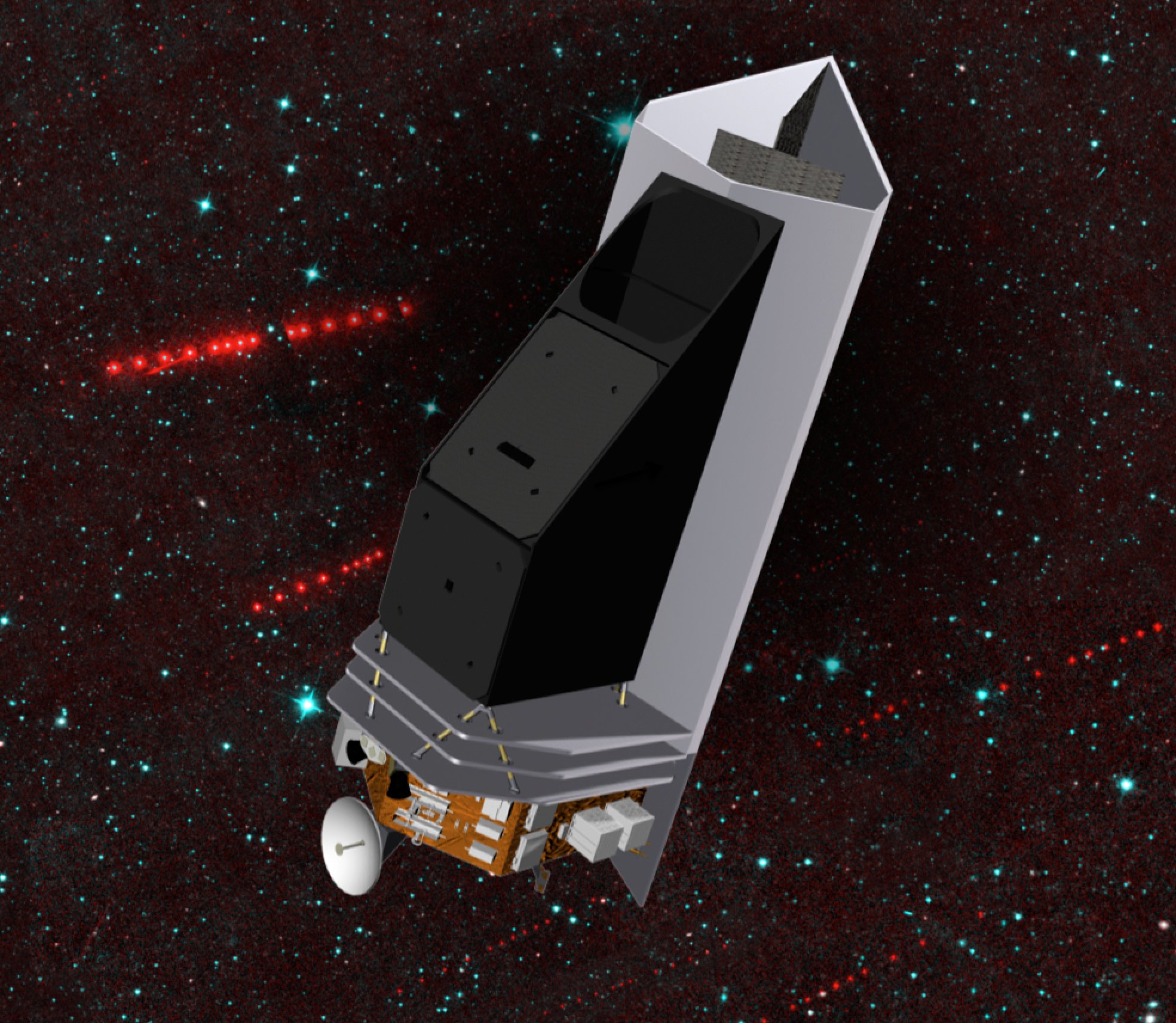 Sykes is one of the scientists behind a proposed asteroid-hunting space telescope called the Near-Earth Objects Camera, or NEOCam.

"NEOCam would detect some of these small asteroids, but because they are small they would have to be closer to be seen," Sykes said.

The NEOCam telescope is designed to detect larger (yet still relatively small) space rocks of roughly 460 feet (140 meters) greater. If launched, a 10-year-long mission is expected discover 10 times the known NEOs of that size, or bigger, compared to any previous survey of the sky.

Such objects pose a dire risk to humanity since they can release many times the energy of a thermonuclear bomb if they strike our planet — and yet we're mostly blind to them as Earth drifts through a shooting gallery.

Yet last week, NASA chose for the second time not to fully fund NEOCam with $450 million.

The space agency instead chose two other missions for future launch: Lucy, which will explore swarms of asteroids in Jupiter's orbit, and Psyche, which will fly out to and investigate the giant metallic core of a dead proto-planet.

While NASA does intend to give NEOCam partial funding for another year, the space agency couldn't tell Business Insider how much or under what conditions, nor what its long-term plans are for the mission.

So for now, NEOCam's future — and our ability to find these unseen threats — remains uncertain.