An artist has launched a project to 3D print a human laugh in space aboard the International Space Station (ISS).

Called #Laugh, it asks people to submit their laughs via an iOS app (sorry Android users), which are then rendered as a 3D shape. Entries must be submitted by December 31.

People can then vote on the creations, and the winning piece will be announced in mid-January. And what do you win? Well, on the ISS there’s a 3D printer operated by the company Made In Space. Eyal Gever, the Israeli artist behind #Laugh, was asked by them to come up with an idea to create a piece of art on board the station.

With approval from NASA, an astronaut will then oversee the printing of the winning design in mid-February, if all goes to plan. The resulting object, looking like a sort of equalizer wave in 3D, will be 10 by 14 by 10 centimeters (4 by 5.5 by 4 inches) in size. It’s unknown which astronaut will perform the task yet.

The object will not be released into space. Instead, a spokesperson for the company running the Earth-based side of things, Platoon, told IFLScience the goal was to have an astronaut take it outside during a spacewalk, although whether this will happen isn’t clear.

At the very least, the plan is for the astronaut to hold the piece of art up to a window on the ISS for a glamor shot with Earth in the background. After that, well, it’ll just stay on the ISS, hopefully not in the way of the astronauts. 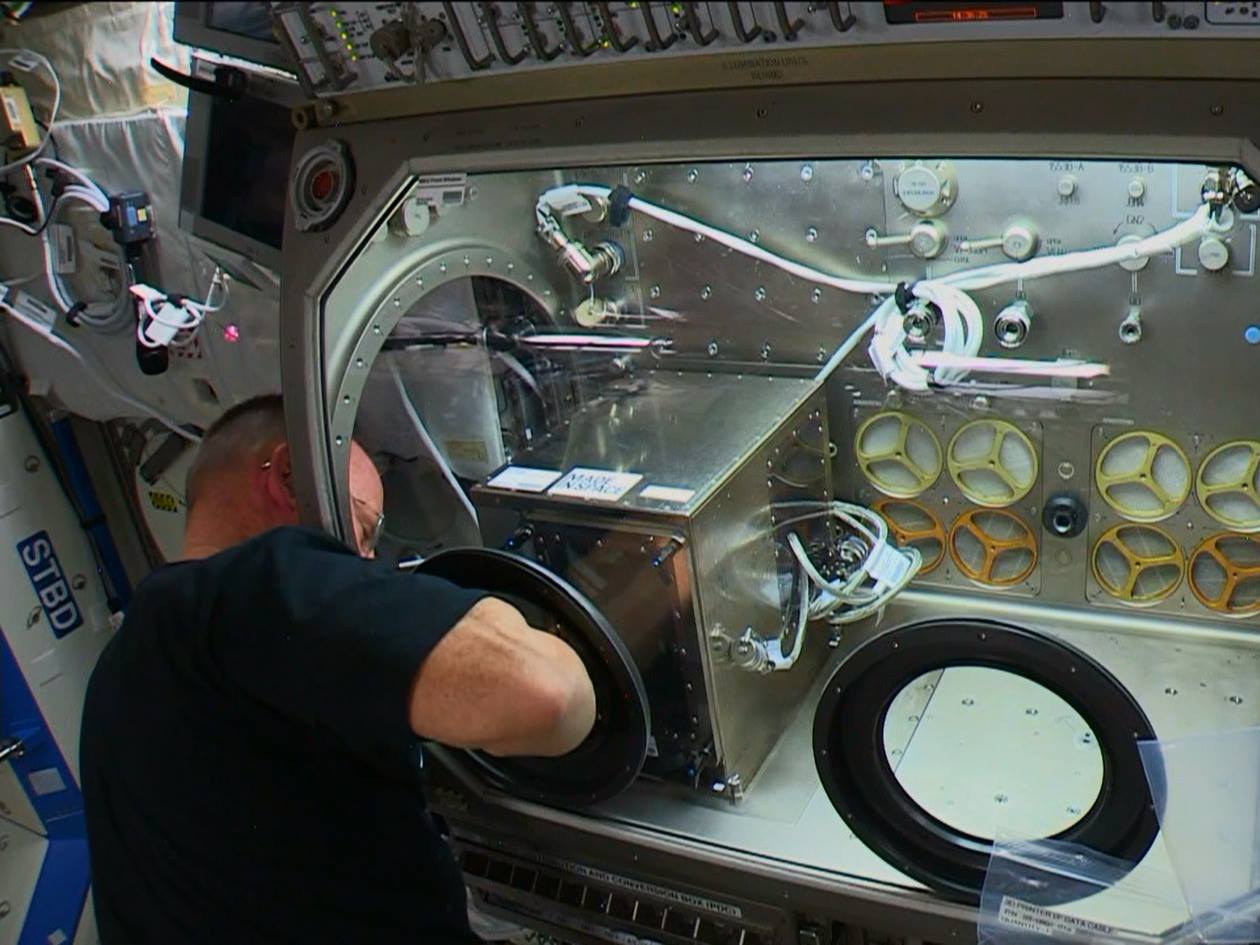 The project will use the Made In Space 3D printer on the ISS, pictured. NASA

What’s the point in all this? Well, it’s largely just a bit of fun. This will be the first piece of art to be created in space, and Gever hopes it might inspire the future of space travel.

“The earliest cave paintings were of human hands which were a way of proclaiming and celebrating the presence of humanity,” he said in a statement. “#Laugh will be the 21st century version of that – a mathematically-accurate encapsulation of human laughter, simply floating through space, waiting to be discovered.”

True, there are probably more important things to be doing on the station. But on weekends, the astronauts get a bit of downtime to do public relations activities like this. Earlier this year, for example, British astronaut Tim Peake read a children’s book on a live stream from the station.

Platoon hopes their event will also be live streamed, with the printing expected to take a couple of hours. It’s kind of pointless, sure, but kind of fun too. We’re going to reserve judgement for now.