The European Union (EU) has announced plans to ensure every new home built within the EU will come equipped with an electric car charging port, in the fight against climate change.

Although currently just a draft, the plan is expected to come into effect in 2019.

By making electric cars more convenient to use, EU climate leaders are hoping to boost the electric vehicle market within the European Union, encouraging more people to make the switch to zero-emissions vehicles.

The initiative also includes a further boost to the European electric car industry, by stating that 10 percent of all car park spaces in new builds will need charging facilities by 2023. With more charging ports available, electric cars will be able to travel farther, making them even more accommodating.

And if that wasn't all, when people charge their cars at recharging facilities, this electricity feeds back into the grid. The higher usage will provide extra energy to Europe's power networks, helping supplement other renewable energy sources that can be more temperamental, such as solar or wind power.

After the historic Paris Climate Agreement, the world is taking a more serious view at attempting to stop climate change in its tracks. Consequently, more countries are taking proactive action in the fight to curb emissions, so the initiative's plan to create an infrastructure that supports this sooner rather than later is a wise idea.

Currently, both Norway and the Netherlands have officially committed to phasing out fossil fuel engines by banning the sale of non-electric cars by 2025. And the UK has been testing out driverless electric vehicles on the streets this week.

One day the world may be rid of gas-guzzling cars completely, and as that timeframe seems to be constantly creeping closer, we need all the preparation we can get. 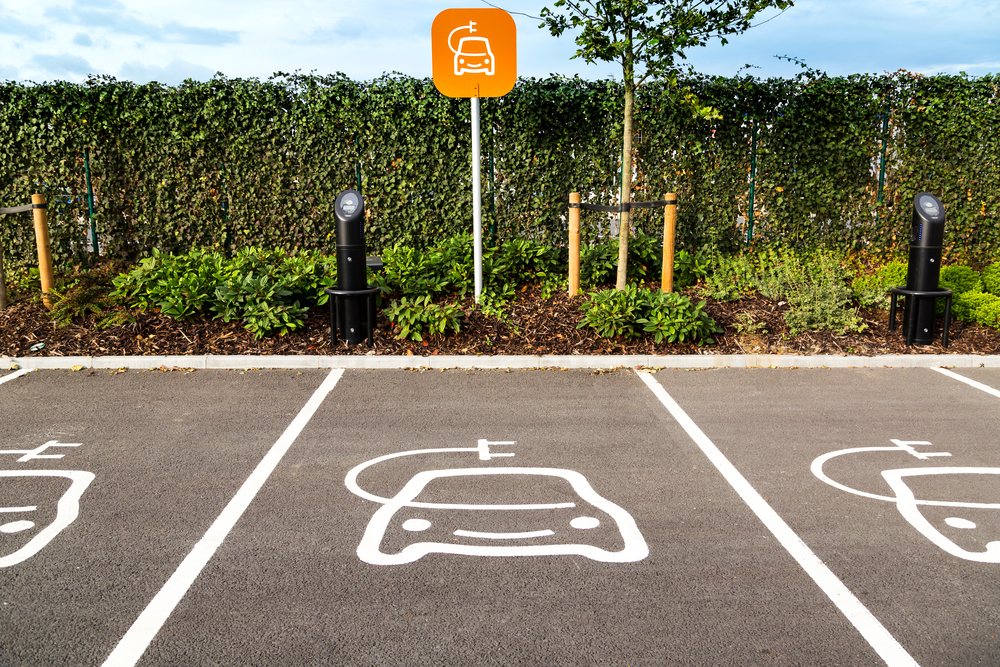 10 percent of all EU carparks are to have recharging facilities by 2023. Bankgraphical/Shutterstock