Turns out mom was right. Chicken soup is good for a cold.

But it's not the only old-school remedy that scientists have actually found to be helpful.

Here are nine weird household tricks that you can actually use to ward off pain, soothe a cold, calm a headache, or brighten your smile. 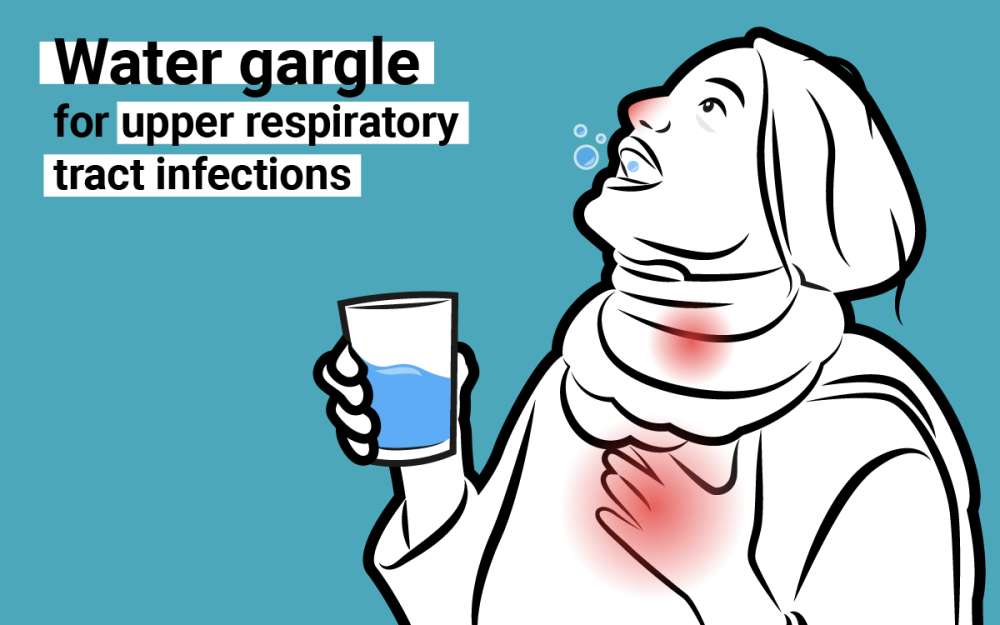 Feeling a cold coming on? Try gargling with plain water. A study of close to 400 healthy volunteers found that those who gargled with plain water were significantly less likely to come down with upper-respiratory-tract infections (URTIs) — a type of infection often linked with colds and the flu — during the study period than those who didn’t gargle. The researchers concluded that, “Simple water gargling was effective to prevent URTIs among healthy people.” 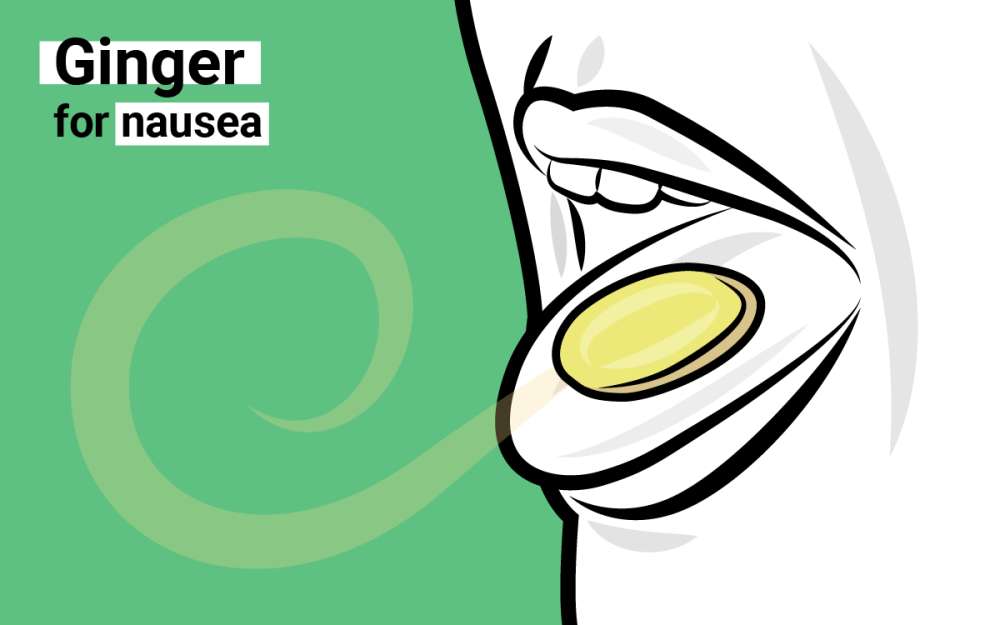 If you tend to get motion sick on trips, try packing along a couple pieces of ginger candy. One study comparing people taking a placebo with those taking ginger found that just one gram of the root was helpful in alleviating symptoms of seasickness, morning sickness, and nausea induced by chemotherapy.

In general, ginger may also be helpful for relieving gas and indigestion, Stephen Hanauer, MD, a professor of gastroenterology and hepatology at Northwestern University Feinberg School of Medicine, told Prevention. 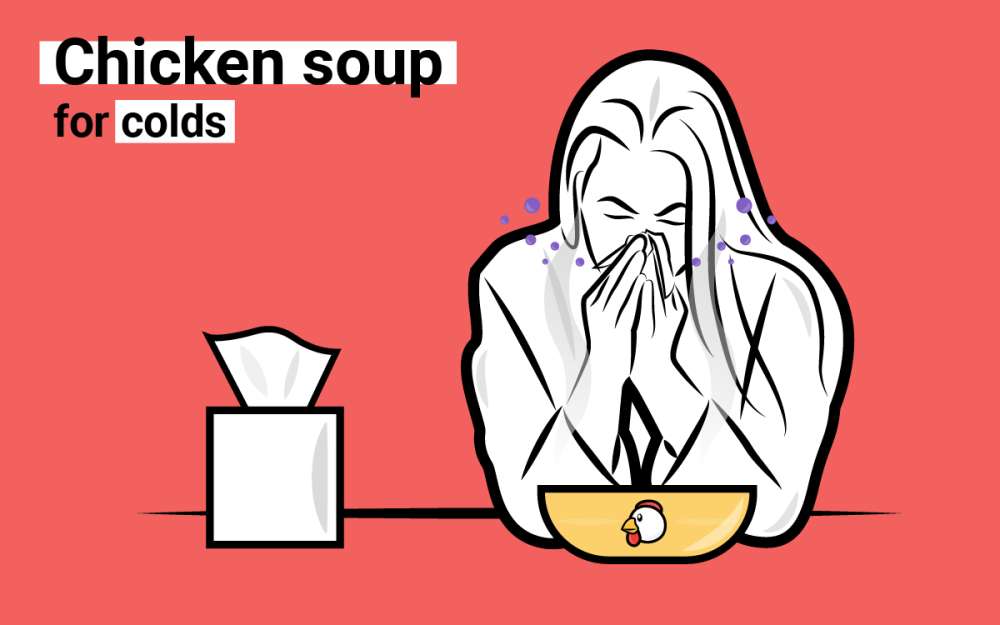 Mom was right. While the jury’s still out on precisely why chicken soup makes us feel better when we’re sick, researchers are pretty certain that it does. For one study in which researchers were trying to pinpoint the effect the soup had on inflammation (a common component of colds), they found that it slowed the movement of neutrophils, the white blood cells that are the hallmark of acute infection. In other words, the soup appears to help calm down the inflammation that triggers many cold symptoms. 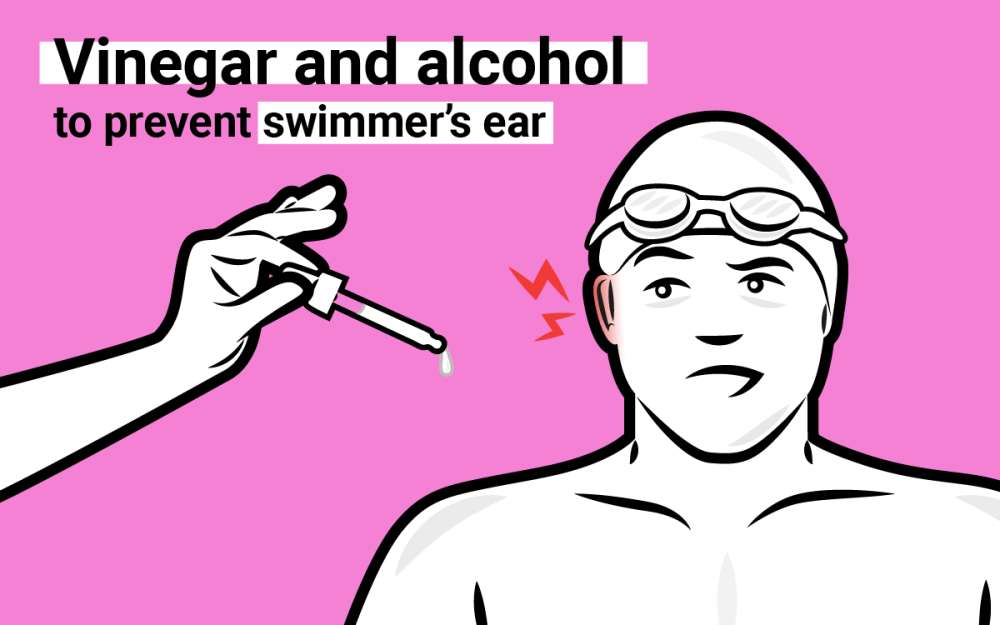 So long as you don't have a punctured eardrum, you use this easy recipe from the Mayo Clinic to stop ear infections before they start. Simply combine one part white vinegar with one part rubbing alcohol, pour a teaspoon into each ear and let it drain back out. The mixture is designed to help stop the growth of bacteria and fungi that cause swimmer’s ear. 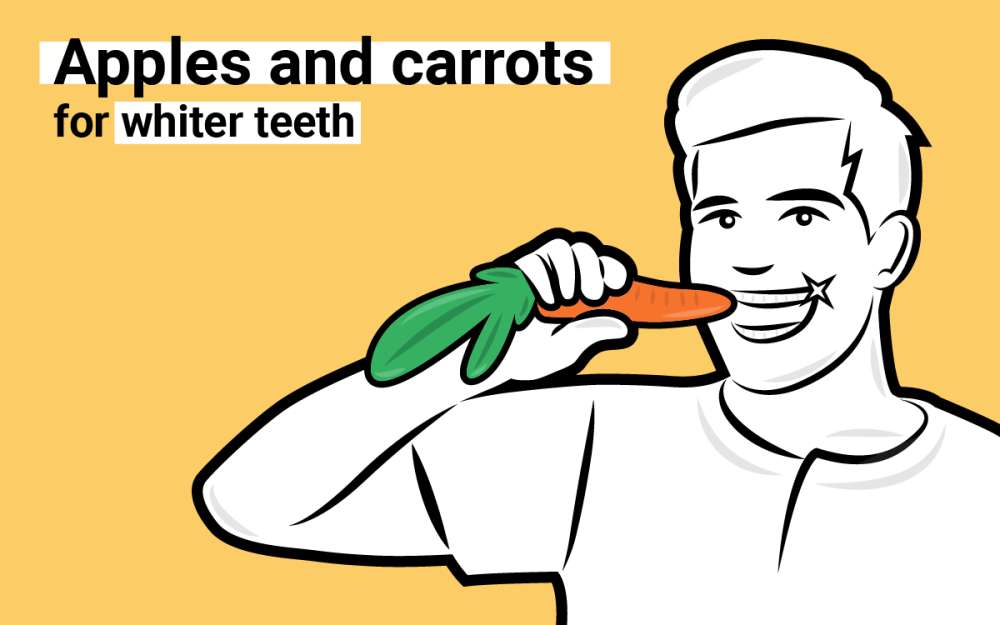 They’re not just good for the body — fresh, crunchy fruits and veggies also help keep your pearly whites white. As you chew apples and carrots, for example, their broken-up pieces scrub the surface of your teeth, helping to remove stains. Apples and strawberries also contain malic acid, which helps whiten the enamel. 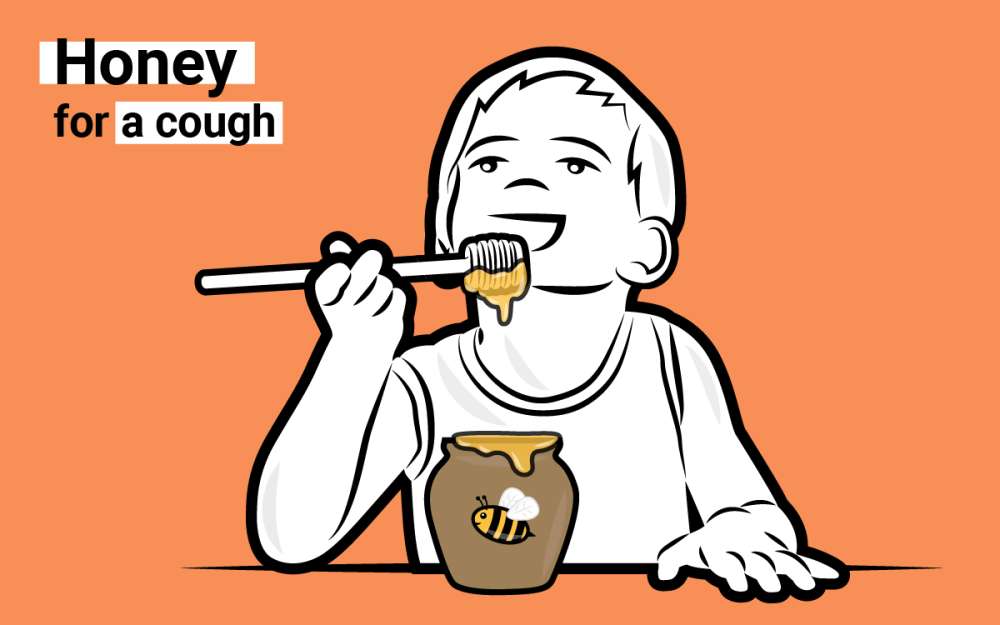 Hate the taste of cough syrup? The WHO recommends honey as a cough medication for children, and a 2012 study of 300 children who’d been sick for a week or less found that those who were given 10g of honey at bedtime (compared with those who were given a placebo) had fewer cough symptoms and, oddly enough, slept more soundly as well. 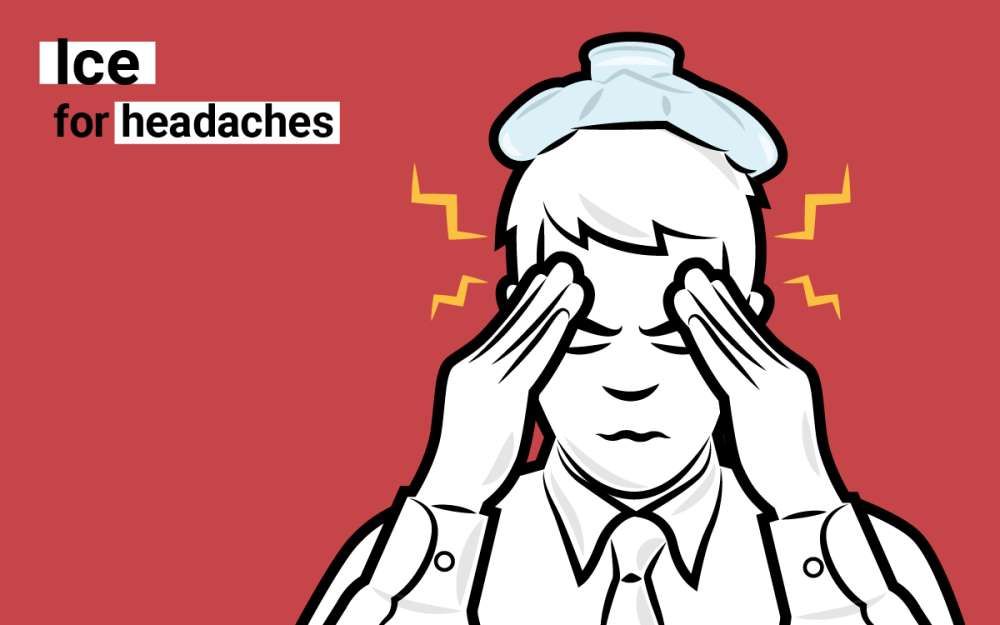 Applying ice to the head or the back of the neck can help numb away pain linked with migraines. And the chilly sensation may also help get your mind off the throbbing at your temples. In a 2013 study of 50 people with migraines, people who used a frozen neck wrap at the onset of the migraine for 30 minutes tended to say their pain significantly decreased; when they removed it for 30 minutes, they tended to say their pain increased. 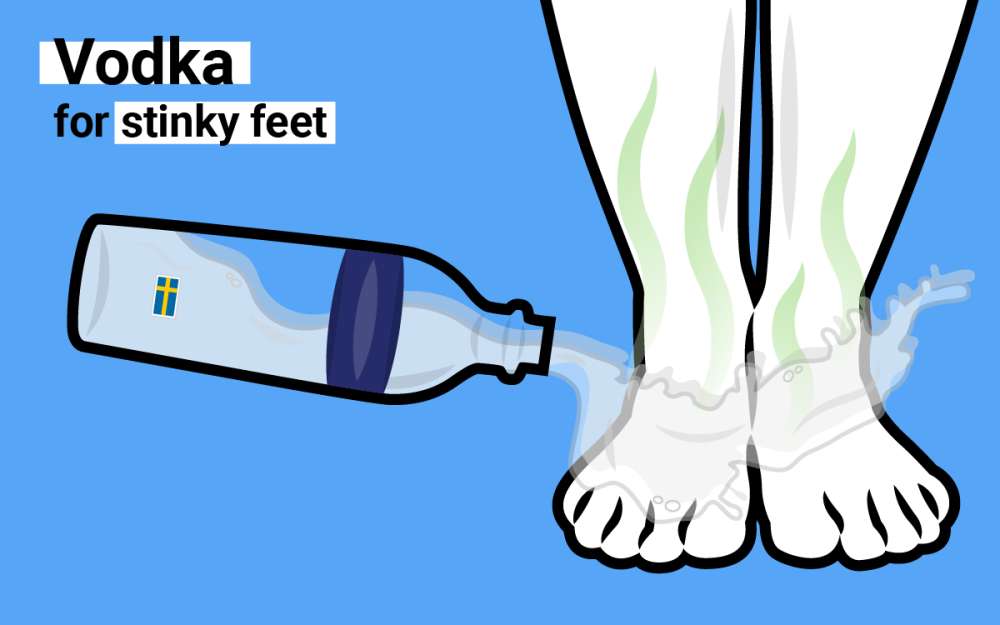 If you’re fresh out of rubbing alcohol, you can use vodka. Soak a washcloth in the liquor and rub it on your feet. The alcohol inside is an antiseptic (just like rubbing alcohol) and it’ll help try out moisture. In the process, it’ll wipe out odor-causing bacteria and fungus. 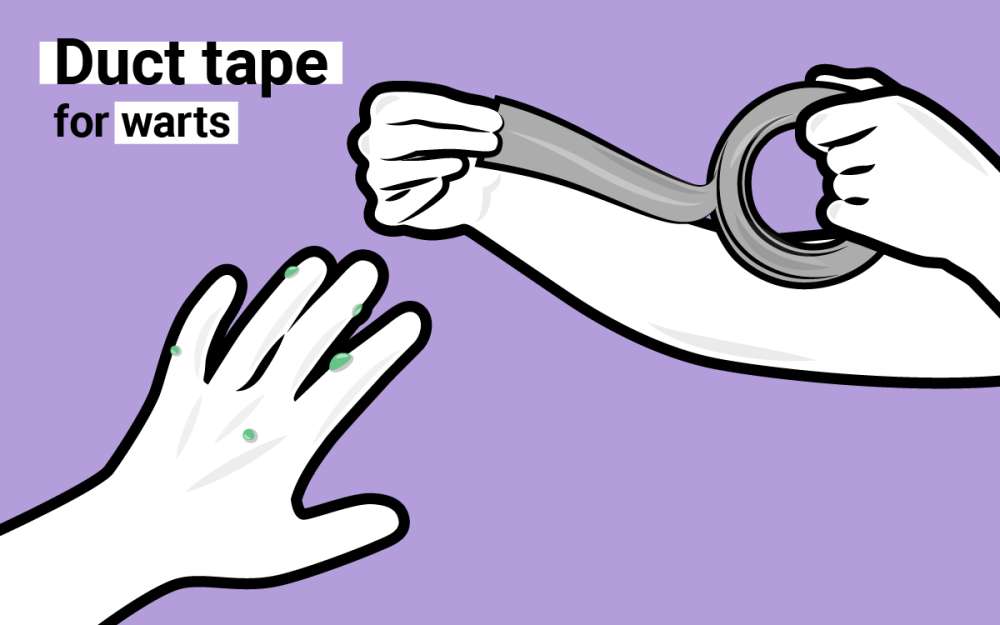 Warts are harmless, brown-colored growths on the skin caused by human papillomavirus (HPV). Since they’re caused by an infectious disease, they can be passed from person to person through physical contact. But there’s good news! A 2002 study found that covering warts with duct tape eliminated them better than freezing them off, the idea being that the tape suffocates the wart.

The jury is still out, though: Subsequent studies on duct-tape treatments haven’t been as convincing. Still want to try it? Clean the affected area, cut a piece of duct tape just larger than the wart you want to get rid of, and smooth it over the skin. Replace the tape every few days until the wart disappears.

Read next on Business Insider: Morning Sickness Is Terrible For Mothers But May Be A Good Sign For Babies