In April 2015, a volcano erupted off the coast of Oregon. Few people noticed because it was deep beneath the ocean and far enough from land that the accompanying earthquakes caused no damage. Seismologists, however, tracked the disturbances, greatly adding to our knowledge of these events, and helping us predict future disturbances that could do far more damage.

In the year prior to the eruption at Axial Seamount, on the Juan de Fuca Ridge, nearly 200,000 earthquakes were detected by a network of seven seismometers fortuitously laid down the year before. Quakes increased in frequency as the event approached, reaching 2,000 a day just before the April 24 eruption, but Dr William Wilcock of the University of Washington found additional patterns.

Publishing in Science, Wilcock shows there were six times as many earthquakes at low tide as when a greater volume of water above pushed down on the sea floor, temporarily locking the fault line in place.

Considering Axial lies 1,400 meters (4,500 feet) beneath the surface of the ocean, tidal amplitudes of a meter or so might seem a trivial difference, but the twice daily squeeze and release provided by the tides left an unambiguous mark in the earthquake record.

Undersea volcanoes account for at least 80 percent of the eruptions on Earth, but we know little about them since they are so much harder to observe. Wilcock noted in a statement, however, that there are advantages to studying volcanoes in oceanic crust, as the magma chambers are less deeply buried.

In the same edition of Science, the University of North Carolina, Wilmington's Dr Scott Nooner and Professor William Chadwick of Oregon State University show that the information revealed by the seismic network on Axial made it possible to predict the timing of the eruption. The Axial Seamount erupted previously in 1998 and 2011. We didn't have as sophisticated tracking devices deployed at the time, but what was available revealed inflation of the magma reservoir beneath the seamount at a rate of 15 centimeters (6 inches) a year in the lead up to the explosion.

Based on this data Nooner and Chadwick originally predicted a new eruption in 2018. However, by late 2014 it was clear the reservoir was gaining magma faster this time, and they shifted their estimate to 2015. They point out eruption forecasting usually manages just a few hours warning, and seldom manages predictions even weeks in advance, making their work unusually long range.

Since the eruption earthquakes around Axial have fallen to a modest 20 a day. It is anticipated the cycle will repeat, and the lessons from the last eruption may help predict the next one more precisely. Hopefully, they will also prove useful in predicting events that have a greater chance of affecting human populations. 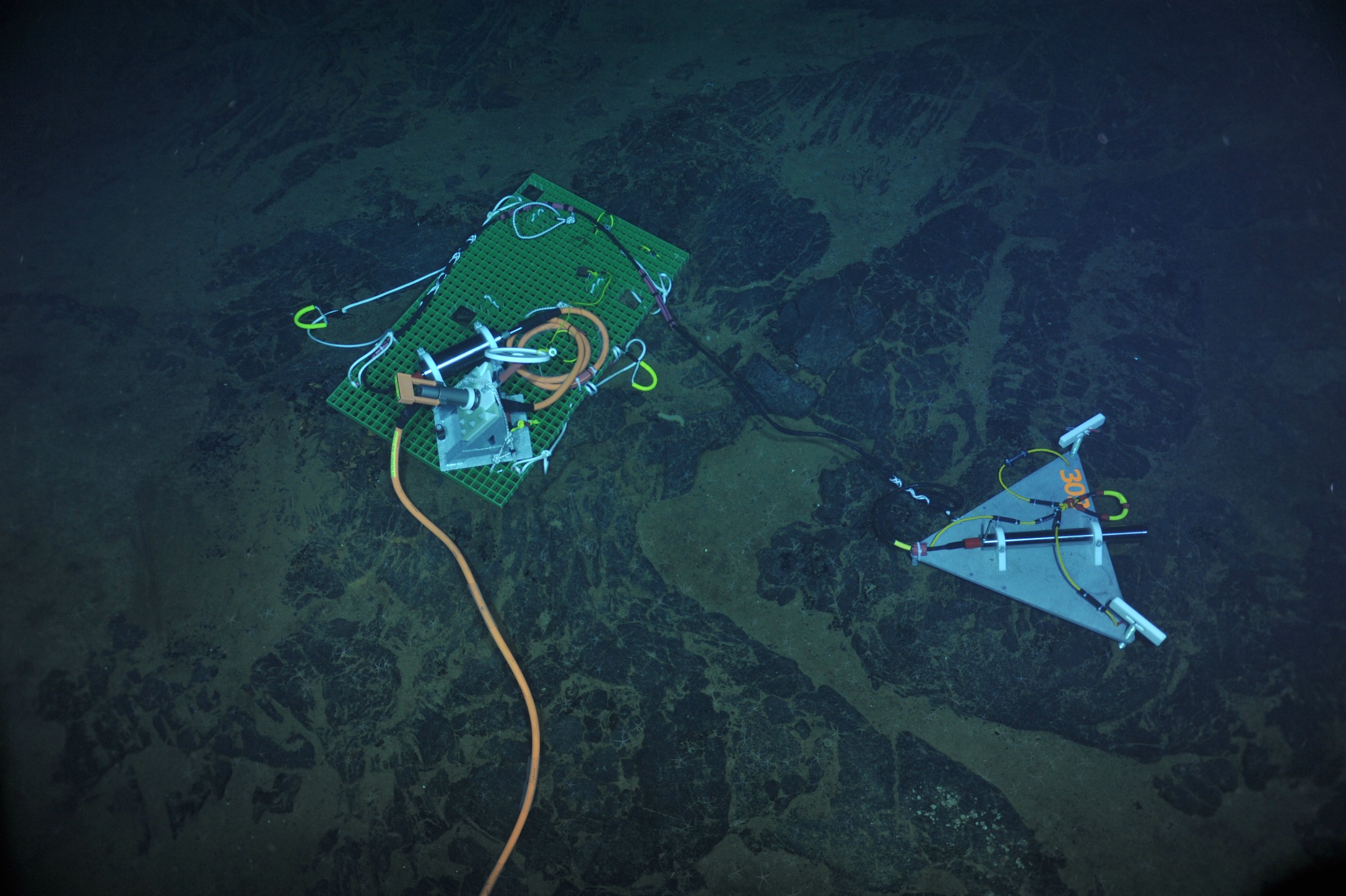 One of the seismic recorders placed on Axial Seamount to track the earthquakes in the lead-up to the 2015 eruption. University of Washington/OOI-NSF/CSSF-ROPOS