North Korea has confirmed that it has detonated its most powerful nuclear device to date. Designed to coincide with the 68th anniversary of the nation’s founding, it will no doubt increase tensions in the region.

This follows on from another blast back in January of this year, and as was the case then, the type of nuclear device used is unclear. However, there are some clues in the types of seismic waves it produced that may provide the world with an answer.

Today at 00.30am UTC, the United States Geological Survey (USGS) registered a tremor emerging from the Punggye-ri subterranean test site, where the military has detonated all five of its nuclear weapons, beginning in 2006.

This particular pseudo-quake registered as a 5.3M, which makes it the most powerful seismic event emerging from the site. The waveform was shown to rise suddenly then peter out, distinct from the more continual waveform generated by an earthquake – so it’s almost certainly a sizeable explosion. 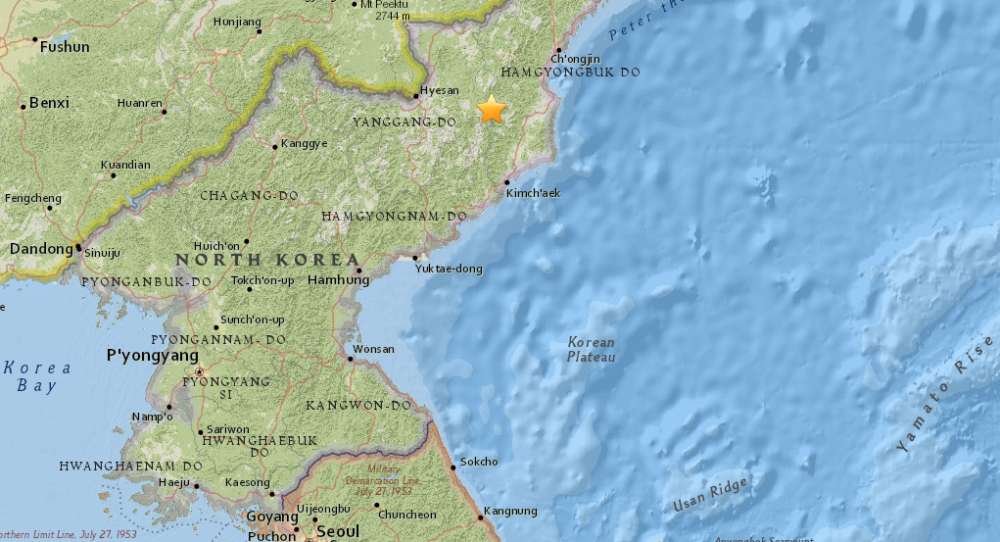 The epicenter of the "earthquake". USGS

On January 6, North Korea detonated what it claimed to be a hydrogen bomb at the site, which produced a 5.1M tremor and a similar waveform. At the time, there was a fierce debate as to whether or not this was really a hydrogen bomb, a device that is far more energetic and destructive than a “regular” atomic bomb.

Most experts suggested that the seismic waves generated by this explosion were nowhere near energetic enough to have emerged from a hydrogen bomb. Ultimately, the energy released by the explosion was roughly ten times lower than that expected for a more powerful device, meaning it was likely a plutonium-based atomic bomb.

The same is true this time around, in that a 5.6M tremor is still in line with the energy produced by an atomic weapon. This would place its explosive yield somewhere around 10 kilotonnes.

“The 10-kilotonne blast was nearly twice as much as produced in the fourth nuclear test, and slightly less than the Hiroshima bombing,” said Kim Nam-wook, from South Korea’s meteorological agency, as reported by the Guardian.

As concerning as North Korea’s ability to manufacture even low-yield atomic weapons is, there is a potentially greater environmental threat in the region that few tend to consider. A recent study revealed that Mt. Paektu, a sleeping volcano on the border between China and North Korea, is being disturbed by these underground tests.

January’s explosion sent shockwaves into Paektu’s magma chamber, about 116 kilometers (72 miles) away from the test site. Collectively, all these atomic bomb shockwaves are increasing the internal pressure of this hellish cache, and in the long-term, this could cause it to erupt.

If North Korea ever do develop a hydrogen bomb, it could generate an earthquake of up to 7.0M. Researchers say that this alone would be enough to cause the magma chamber to burst through the surrounding rock and explode onto the surface.

This volcano was once responsible for one of the largest eruptions in human history. If it goes off today, it won’t just devastate parts of North Korea and China – the whole planet will be blanketed in ash and the climate will be severely disrupted.

They don’t know how right they are. 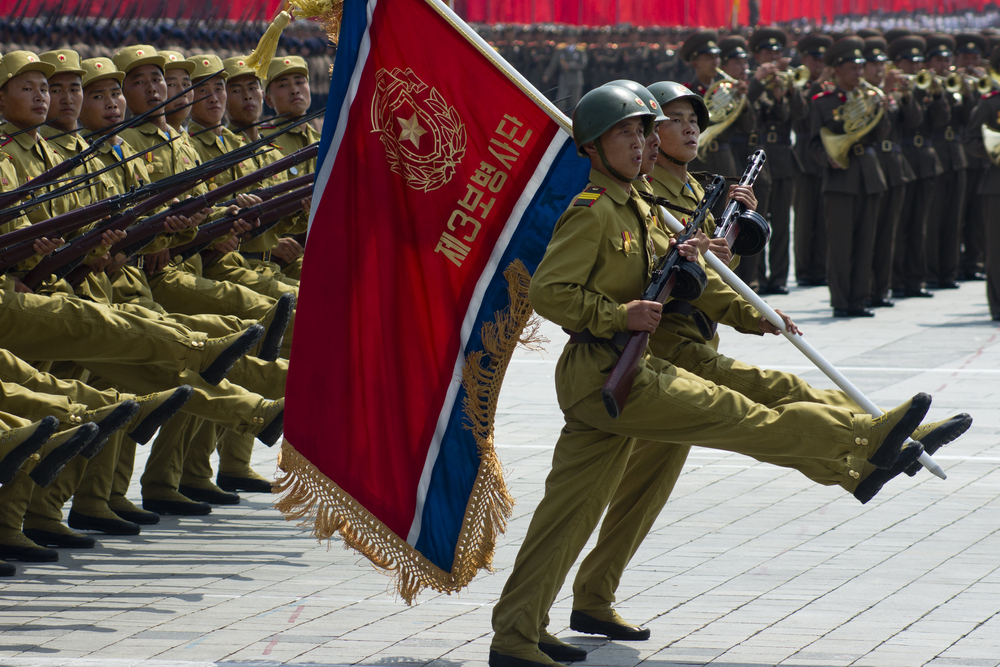 North Korean soldiers march around Pyongyang on the 60th anniversary of the conclusion of the Korean War. Astrelok/Shutterstock

Welcome To Deal Days Where You Get Microsoft Office Professional For Only $35.99
SPONSORED