Dr Jemison has worked as an engineer, a physician, a Peace Corps member, and is now the lead ambassador for Bayer Making Science Make Sense – an initiative to cultivate science literacy, something we need now more than ever to continue to break frontiers.

Her life has been about breaking boundaries, and her out-of-this-world experiences are perhaps the most well-known.

In 1992, Jemison sat strapped inside a shuttle in a bright orange suit on top of tons and tons of explosives.

The solid rocket boosters boomed with millions of pounds of force as Jemison and six other crew members blasted off. The Space Shuttle Endeavor shook them from side to side until the boosters needed to escape the gravitational pull of Earth separated from the shuttle.

Jemison left Earth and made history. Floating in space, she became the first female African-American astronaut.

“The interesting part about being weightless is that when you’re in orbit, it doesn’t feel good the first couple of days,” said Dr Jemison to IFLScience. “You have something called Space Adaptation Syndrome – basically, it feels like you’ve been standing on your head for hours and hours.”

Similar to motion sickness, Space Adaptation Syndrome messes with the vestibular system of humans. Up and down vanishes in zero-gravity, and instead, a sense of nausea rolls through the body as the astronauts adapt to their new environment. 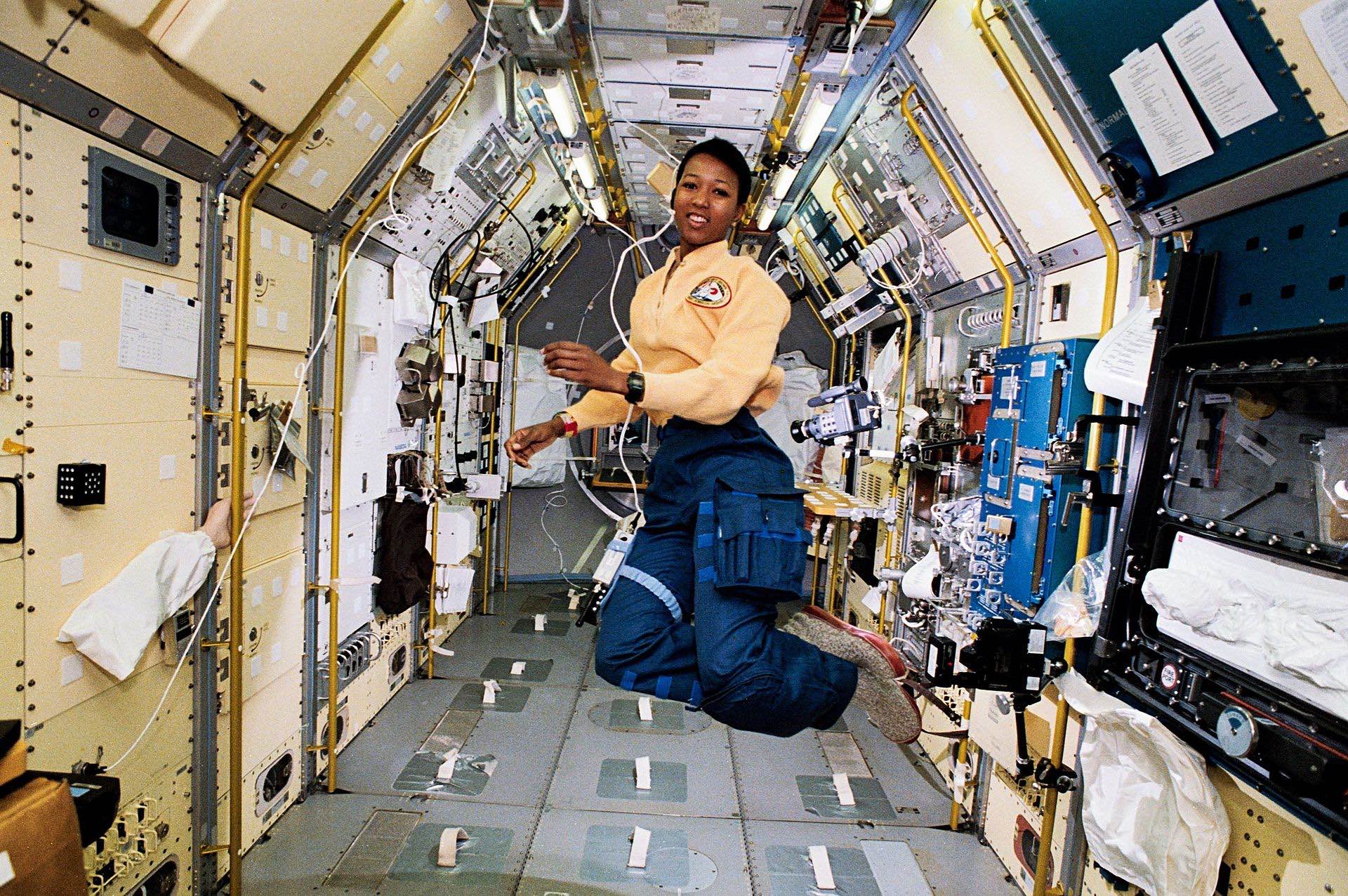 “You get used to moving around and functioning in it. It’s almost like you’re on a boat and you get your sea legs,” said Dr Jemison. ”When you get back to Earth, you have that sensation that you ought to be able to just push off.”

One of her most vivid memories is “seeing the Nile Delta go past, the horn of Africa, and the feeling of connectedness to not just Earth but the universe at large.”

It was that connectedness that brought her to that moment. “Even though I was a very bright kid, I couldn’t do it by myself. I had to have people working with me.”

“Even the sharpest blade can’t cut its own handle,” she continued, quoting a Yoruba proverb. “And that’s really the job we have with education: How do we get to develop this incredible talent into something that is useful.”

The message may sound familiar, but it’s one that now more than ever needs to be reiterated. With a President-elect who denies scientific consensus on climate chance and finds renewable wind energy confusing, science literacy needs to take center stage.

“Policy is what I’m concerned about. We have policy that impacts lots of different things and we need people who are science literate to make policy,” said Jemison. “In science, no matter how pretty your theory is, you don’t get to throw out the data.”

Unfortunately, the US doesn't rank well in science education. A recent TIMMS science exam found that US 4th graders ranked second in the world, 8th graders scored in the middle of the pack, and 12th graders were among the worst.

It seems interest in science slips as children get older, and that's troubling. After all, science is everywhere: It is in our computers, food, medicine, movies, and even on our ballot propositions. To deny science education is to deny the very foundation we stand upon.

And while the US has done a lot to advance science, baseline understanding in the general population could use improvement, according to Jemison. Many of our politicians and community still contend that evolution is a myth, climate change is not real, and vaccines cause autism.

"America's democracy depends on having a larger number of scientifically literate citizens," said Jon Miller, a researcher at the U-M Institute for Social Research (ISR), in a statement. "Today's political agenda includes debates over global climate change, embryonic stem cells, future energy sources, and the possibility of a viral pandemic. And as the twenty-first century progresses, scientific issues are only likely to become more prominent features of the political landscape."

In tandem with fostering a greater enthusiasm for the sciences is the need to nurture and celebrate diversity within it. As case in point, Dr Jemison mentioned the “anonymous” maker behind her bright orange suit – a piece of clothing that her life depended upon.

It was processed by Sharon McDougle, a female flight suit technician who graduated with a high school diploma. Why was she chosen? She dressed SR71 pilots and others before coming to NASA. In essence, she was given the opportunity and exposure in the sciences to succeed. 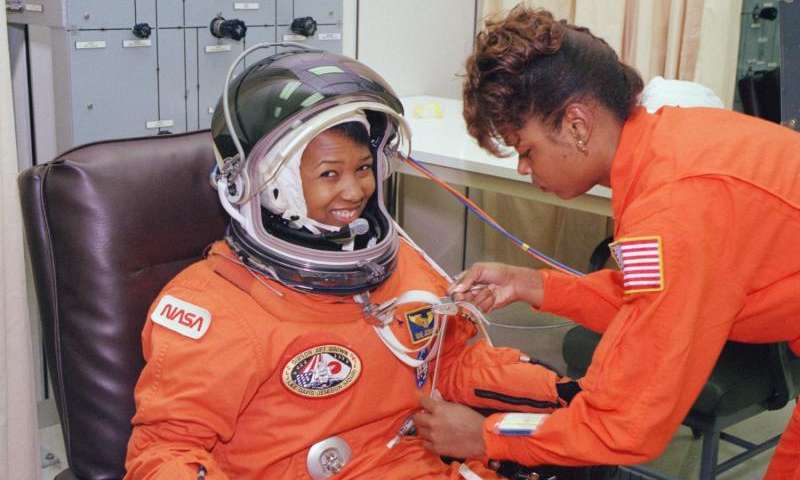 While progress is being made, only 35 percent of science majors in the US in 2012 were women, according to the Organization for the Economic Cooperation and Development.

Jemison wants to change that. “We need to tell a better story about science.”

To do so, she became an ambassador for Bayer Making Science Make Sense, an initiative that helps educate the next generation of STEM students and leaders.

One of Jemison’s favorite projects is Biotech Partners, a project that provides underserved youth with paid summer internships at a bioscience company or institution. The program arranges hands-on opportunities for students with little access to wet labs and scientists to explore their interest in science and launch careers.

After all, Jemison’s science education got her a seat on the space shuttle. Science blasted her into space. And it is science that breaks frontiers.