For the first time, scientists may have found evidence that repeatedly heading the ball during soccer could lead to neurological conditions later in life, including chronic traumatic encephalopathy (CTE) and dementia.

The latest research, conducted in the UK, assessed a small sample of 14 retired professional soccer (football) players in their later years of life, who all developed dementia. Post-mortems of six of the ex-players showed that two-thirds showed evidence of CTE – much higher than the background rate of the condition – and all showed signs of Alzheimer’s. While the sample size is admittedly small, it may point to a wider issue of neurological damage within soccer.

“This is the first time CTE has been confirmed in a group of retired footballers,” explained University College London’s Dr Helen Ling, who led the study published in the journal Acta Neuropathologica. “Our findings of CTE in retired footballers suggest a potential link between playing [soccer] and the development of degenerative brain pathologies in later life.” 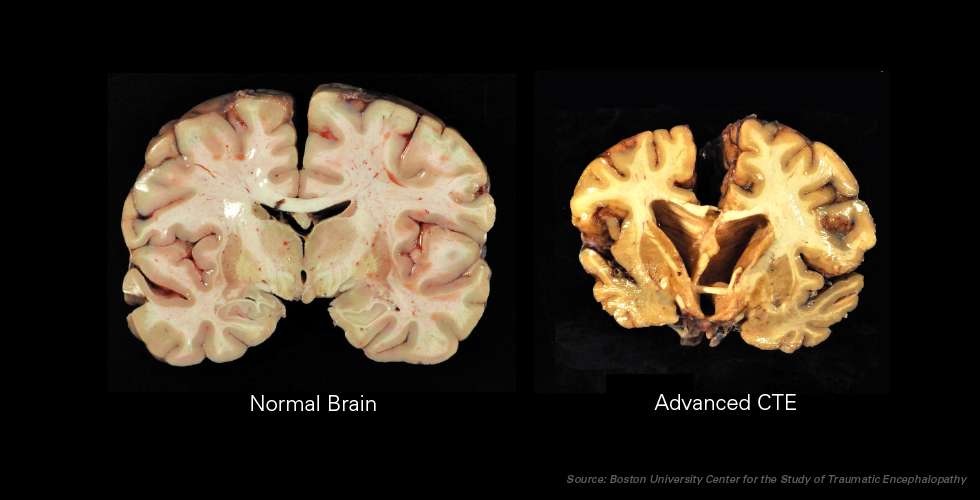 Chronic traumatic encephalopathy is a progressive neurodegenerative disease caused by repeated hits to the head. Boston University Center for the Study of Traumatic Encephalopathy/Wikimedia Commons

Dr Ling goes on to state, however, that “it is important to note that we only studied a small number of retired footballers with dementia and that we still do not know how common dementia is among footballers.” This means that while the study is interesting, and could be important in confirming what much anecdotal evidence already suggests, it cannot be said that the link is proven in all soccer players, and more studies should be conducted.

It does, however, raise important questions about the potential for brain injury and long-term damage in a sport that is generally seen as far less dangerous than most other contact sports. The potential for CTE in sports such as American football, boxing, and rugby is already well established, but these all involve heavy contact and knocks to the head. Soccer, on the other hand, is usually accepted as being different to these activities in that physical contact is minor in comparison, the balls are softer and lighter, and loss of consciousness is rare.

It is also important to stress that nearly all the soccer players assessed in the study were professional players, apart from one individual who, while amateur, played the sport every season for 23 years. The risk of serious neurological damage to those who play it as a hobby is therefore not considered significant, though care may be needed for young players whose brains are still developing and may be more prone to damage.