Disturbing a mummy is said to carry a curse, but new research suggests that many of these mummified Ancient Egyptian elites were themselves often afflicted by bad luck when they were alive. By analyzing proteins in the skin of three 4,200-year-old specimens, a team of scientists has determined that they probably suffered from deadly cancers and infectious diseases, which may have been the cause of their demise.

Describing their work in the Philosophical Transactions of the Royal Society A, the study authors explain that the age of the three mummies was determined by radiocarbon dating the textiles they were wrapped in. Doing so revealed that the three individuals lived during the so-called first intermediate period, sometimes referred as Ancient Egypt’s “dark age”, which the researchers say “was characterized by increasing aridity, resulting in megadrought and famine.”

Drought and famine are known to weaken the body’s immune system, increasing the risk of the spread of infectious diseases. Therefore, although there no official medical records relating to the period, it is unsurprising that many ancient texts “allude to chaos and death” at this time. 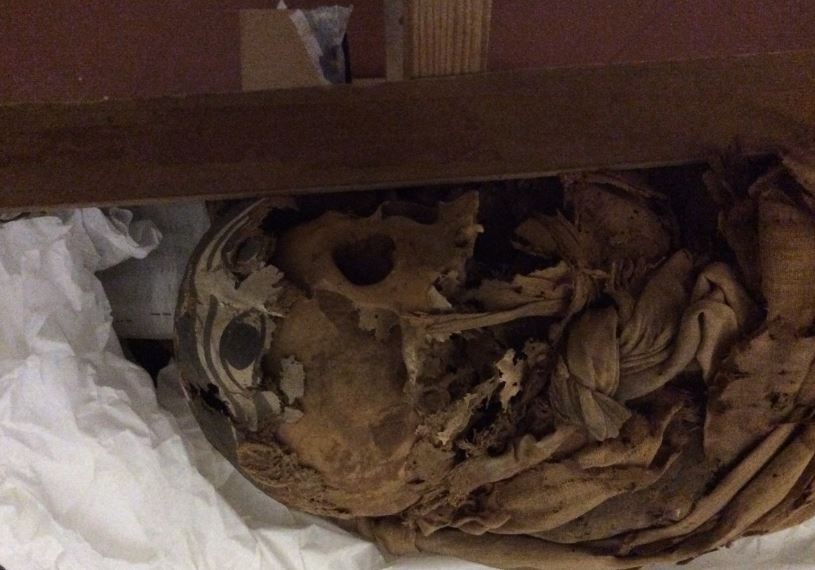 This mummy, known as Khepeshet, is likely to have suffered from a major bacterial lung infection. Raffaella Bianucci

All three mummies are currently housed at the Egyptian Museum in Turin, Italy. Proteins isolated from the skin of one these specimens, named Idi, included a tumor suppressor called DMBT-1, as well as transglutaminase – both of which are associated with pancreatic cancer.

Analysis of the skin tissue of another mummy, named Khepeshet, revealed a protein signature associated with a severe immune response, suggesting that the mummy's body was fighting off a major infection at the time of death. Since many of these proteins are particularly linked to a bacterial infection in the lungs, the study authors suspect that Khepeshet may have died from a respiratory illness such as tuberculosis.

Unfortunately, the third mummy involved in the study did not yield enough skin proteins to enable the researchers to make a stab at determining the cause of death. Regardless, this work opens up a fascinating window to the past, allowing scientists to revive many long-lost aspects of the ancient world.