In 1933 Albert Einstein's house in Germany was raided by agents of the newly appointed Nazi government. The Nazis had systematically denounced both Einstein and his work, calling his relativity theory “Jewish science”.

Fortunately, Einstein was on tour in the US when Hitler rose to power. Instead of being murdered, he became the world's most famous refugee.

Fame can open doors, and after a period in England under permanent guard he was offered a position at Princeton, but even the greatest scientist of the age had a lobby group arguing he should not be allowed to settle in America. Thousands of lower profile Jewish scientists also fled Germany, but usually received less friendly receptions. Many leading American academic institutions had a “Jewish quota”, and thousands of refugees were turned back to eventually die in concentration camps.

Yet those who escaped represented an astonishing abundance of genius, many of whom played a crucial part in the Allies winning the Second World War and in building the scientific institutions and companies of the countries in which they settled. The combination of European theory and American application has been credited with much of the scientific progress made in the 1940s and '50s.

The '30s and '40s represent the peak of scientific flight, but the multiple Nobel Prize winners, past and future, who settled wherever they could were far from unique. Scientists are often seen as troublemakers by repressive regimes. Fortunately, many of history's greatest scientists have found countries that wanted to take them. However, we don't know how many younger geniuses had their potential snuffed out because no government would accept them.

These are a few of the scientific giants on whose shoulders we stand, and whose lives once depended on finding refuge in a country more accepting than their homeland.

Europe in the late 16th and early 17th centuries wasn't a safe place for anyone. Religious wars swept across the continent, and being a scientist whose work challenged dominant interpretations of the Bible didn't help.

Johannes Kepler's astonishing mathematical processing, which allowed us to understand the movements of the planets, and the behavior of light, was done while under constant threat. Banished from Graz, Austria, over his religious convictions, Kepler was lucky that Emperor Rudolph II waived official bans on Lutherans in Prague for his sake. This allowed him to do the work that transformed astronomy in relative safety. After Rudolph abdicated, Kepler found it safest to move three more times, possibly preventing other great contributions.

For decades, after he fled for his life, Austria honored Erwin Schrödinger by putting him on their currency. Österreichische Nationalbank public domain

Erwin Schrödinger, most famous for his thought experiment about a cat, wasn't Jewish but nevertheless left Germany in 1934 due to his opposition to Nazism. Despite having shared the 1933 Nobel prize for physics for his wave equation, the basis for much of quantum science, he was shunned by Oxford and Princeton universities over his unorthodox sexual relationships, and took a position at the University of Graz. When Germany took over Austria, his public opposition to antisemitism and friendship with Einstein made his position dangerous.

After fleeing Austria, Schrödinger eventually settled in Ireland, one of the few places that would take him. There, he played a major part in establishing the school of theoretical physics at the Dublin Institute of Advanced Studies, while writing a book that inspired the discovery of the structure of DNA.

The most prominent scientific refugees from Nazi Germany (Sigmund Freud aside) were physicists, but Salome Gluecksohn-Waelsch was a geneticist who helped explain how the cells in a fertilized egg differentiate into the various roles required for a functioning body.

As a woman and a Jew she faced double discrimination in Germany, fleeing in 1933, and was refused a faculty position at Columbia because of her gender. Despite these obstacles, she went on to win the National Medal of Science and the Thomas Morgan Medal for her contributions to genetics. 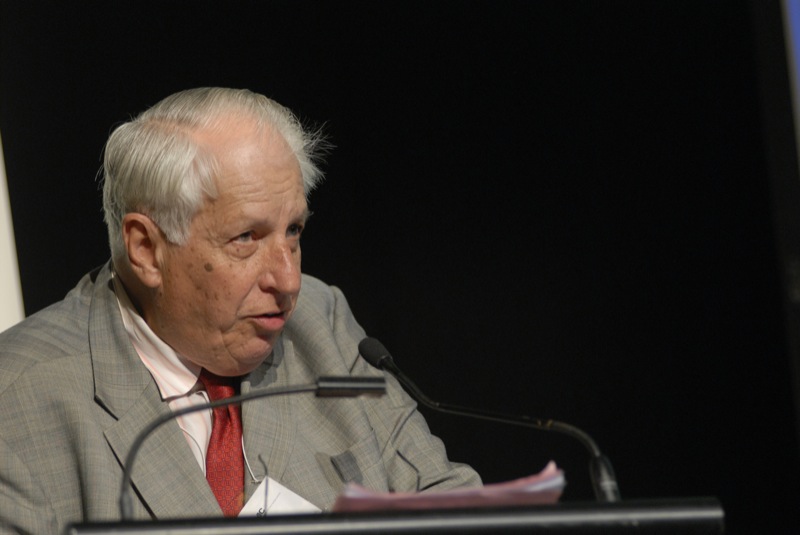 Sir Gustav Nossal was just 7 years old when his Jewish ancestry made it necessary for his family to flee Austria in 1939. Where Einstein, Bohr, or Fermi could use their achievements as passports, Nossal had to rely on the kindness of strangers to survive. Settling in Australia, Nossal became one of the country's most distinguished scientists, directing the prestigious Walter and Eliza Hall Institute, and becoming president of both the International Union of Immunological Sciences and the Australian Academy of Sciences.

Nossal's hundreds of papers on Immunology led to him being named Australian of the Year in 2000, which might be taken as a sign his adopted country is glad they let him in.

For most of us, becoming a doctor or professor of physics or chemistry would be considered an ambitious career goal. Emmanuel Dongala has done both, as well as pursuing a successful career as an award-winning writer, playwright and founder of a theater company.

Born in the Republic of the Congo in 1941, Dongala was awarded a PhD in physics from the University of Montpellier, France, before returning home to teach chemistry at the University of Brazzaville, later becoming Dean of the university. 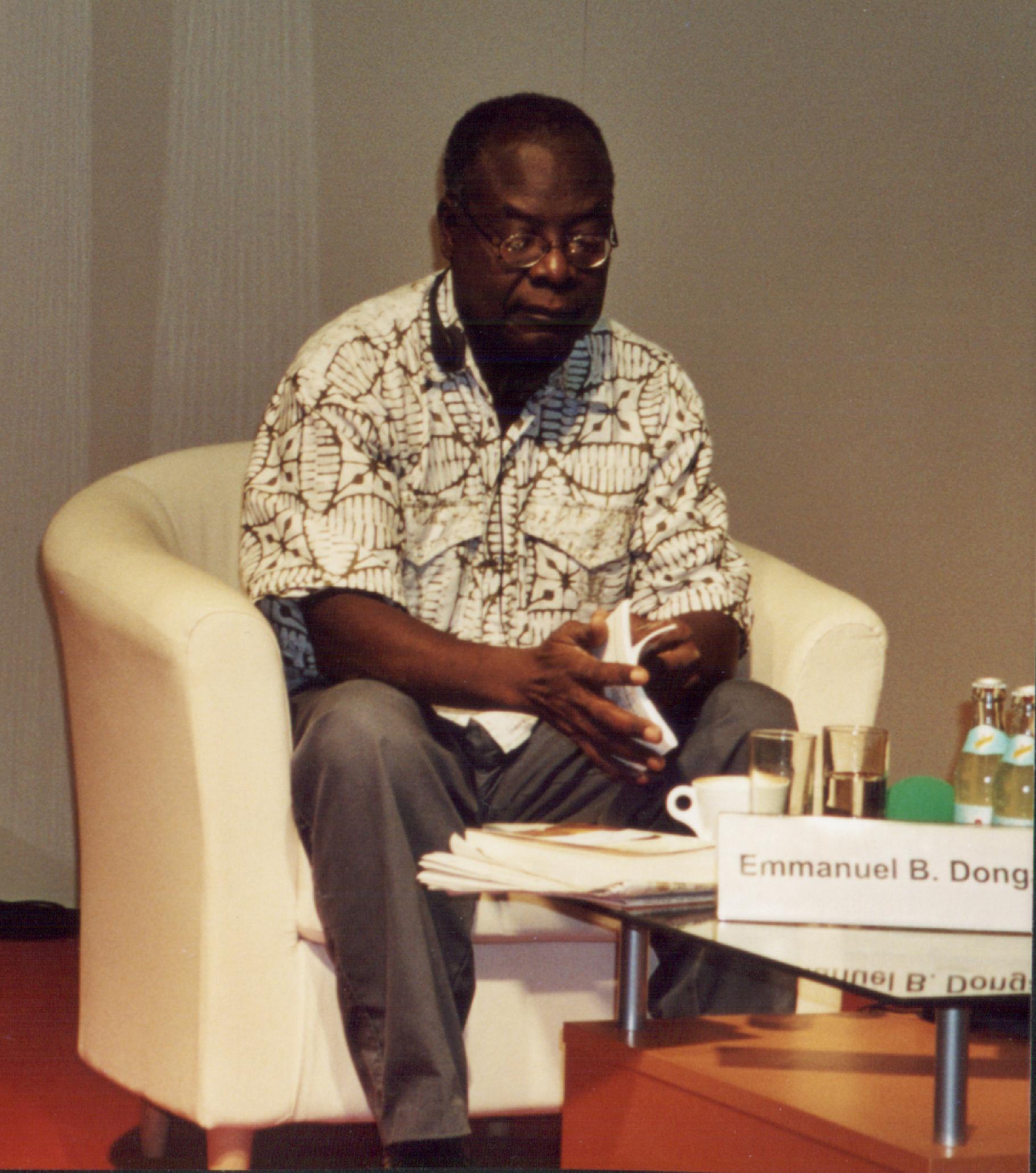 However, a civil war in the 1990s that killed 150,000 civilians forced Dongala to flee. Despite his time there as a student, France refused his application for asylum, but support from prominent writers led to him being accepted into the US, becoming professor of physics at Simon's Rock College, Massachusetts.

The conflict gave him plenty of material for his writing, but also interfered with his research in asymmetric synthesis and environmental toxicology.

San Thang's voyage across the South China Sea at the end of the Vietnam
War looked a lot like what we are seeing in the Mediterranean today. He fled Vietnam among 409 people crammed aboard a tiny boat seeking to avoid repression from the communist forces who had recently taken Saigon.

Fortunately for Thang, and chemistry, the Australian government then had a different approach to those seeking asylum to today. Now, Thang would be sent to hellish conditions on isolated islands, but the 24-year-old was accepted into the country and a career at Griffith University.

Thang's work providing tools to allow chemical engineers to alter plastics to suit their needs has proven so useful it was at short odds to win the Nobel Prize for Chemistry in 2014. Funding cutbacks have forced him from the position in which he spent most of his career, but he has continued to work on in an unpaid capacity.

Today, the boats crossing the Mediterranean include scientists whose expertise make them targets for extremists groups.

Many leading academic institutions are determined to avoid repeating the mistakes of their counterparts 80 years ago. The European Commission has launched "Science4Refugees" to match fleeing scientists with workplaces that could use their skills. In the US, Scholars at Risk and the Scholar Rescue Fund are raising money and other resources to support a small selection of those in need.