Scientists in Germany have switched on the world’s largest “artificial Sun” for the first time, which could be used to create useful hydrogen in the future.

Located in Jülich, Germany, and operated by the German Aerospace Center (DLR), “Synlight” uses 149 xenon lamps to recreate the light from the Sun onto a single point, vaporizing water and producing hydrogen and oxygen.

The huge machine towers 14 meters (45 feet) high and 16 meters (52 feet) across, and produces temperatures of up to 3,000°C (5,400°F) focused on a single spot 20 by 20 centimeters (8 by 8 inches). This particular test lasted just 15 to 20 minutes, producing a tiny amount of hydrogen, but the lamps can theoretically be run continuously for hours or even a day.

“We’ve been testing it for the last two months, and this is the first public event,” Dmitrij Laaber, a research engineer involved on the project, told IFLScience.

The lamps have an output of 350 kilowatts, and supposedly produce 10,000 times the intensity of solar radiation on Earth. Its spectrum of UV radiation is similar to that of the Sun. When focused onto a metal sheet in a small reactor device, it splits water up into hydrogen and oxygen. 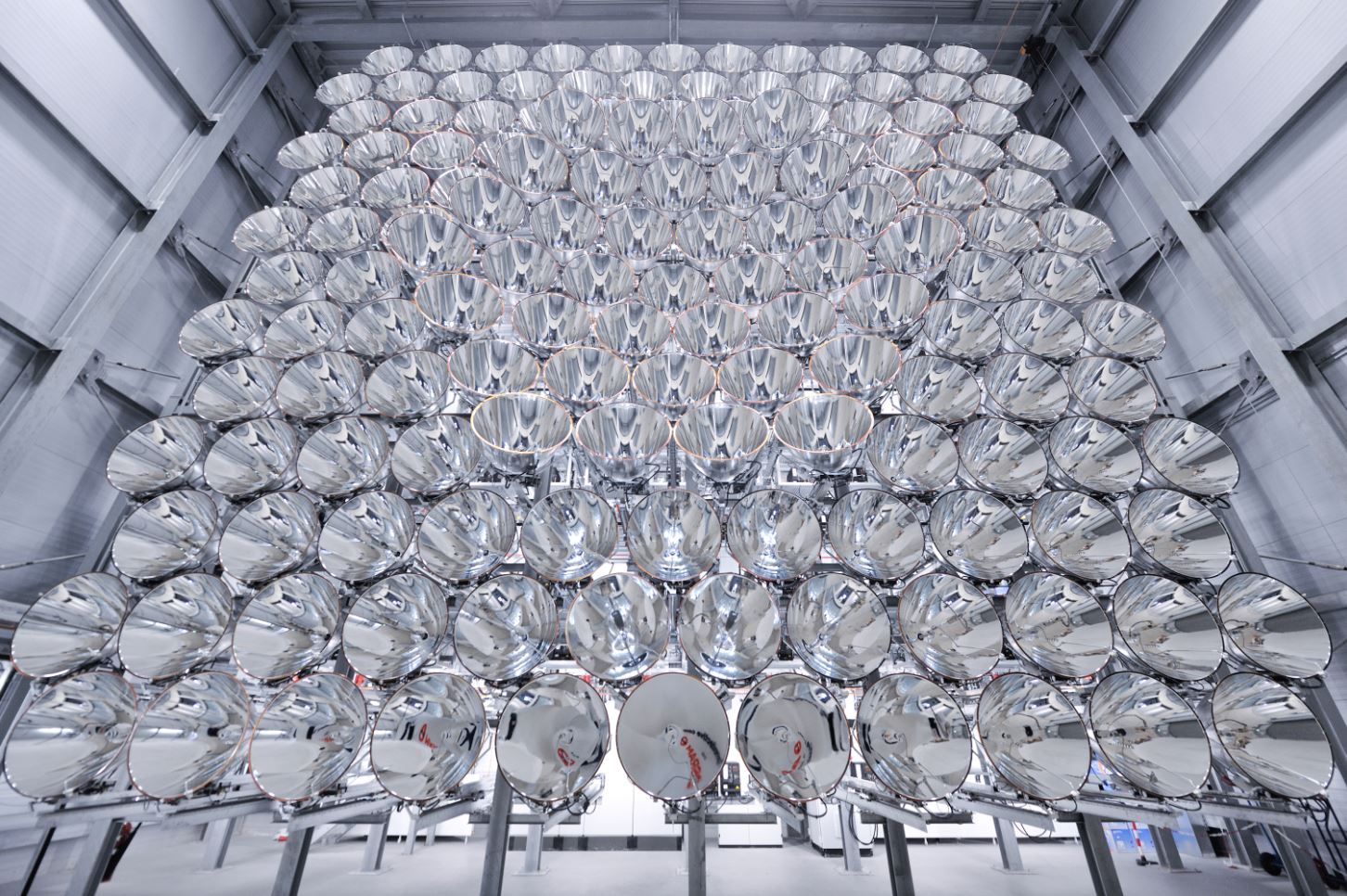 Synlight is a proof of concept for now, with the lamps using as much electricity in four hours as a four-person household would do in a year. The heat they generate is enough to incinerate a person if you were standing in the same room.

But the goal in the future is to replicate this process using sunlight, possibly scaling up the operation to produce usable amounts of hydrogen.

“The next step would be to get this reactor to a real solar plant, where it can be tested under real conditions,” Laaber said. “Our facility is mainly for testing of the components.”