As the oceans continue to warm, corals around the world have been rapidly feeling the heat. The Great Barrier Reef hit the news at the end of last year, after it experienced the largest bleaching event in recorded history, and now it seems that coral further north have also been unable to escape, as almost three-quarters of Japan’s largest coral reef has been wiped out.

Right at the southern tip of Japan's archipelago, the reef is actually closer to Taiwan than it is to mainland Japan, nestled in between the islands of Ishigaki and Iriomote-jima. But surveys of the reef at 35 different locations have revealed that around 70.1 percent of the coral has died due to abnormally warm temperatures experienced over the summer months last year, which saw the shallow waters soar 2°C (3.6°F) warmer than usual.

This meant that the average temperatures between June and August in the Okinawa island chain, in which the reef is located, topped 30°C (86°F) for the first time since records began in 1982. When the water in which the coral lives heats up, it causes the coral to eject the tiny photosynthesizing organisms that not only provide the coral with food, but also give them their beautiful colors. This turns the reef a ghostly white, and unless the ocean temperatures drop back to within the right range soon after, the coral will die. 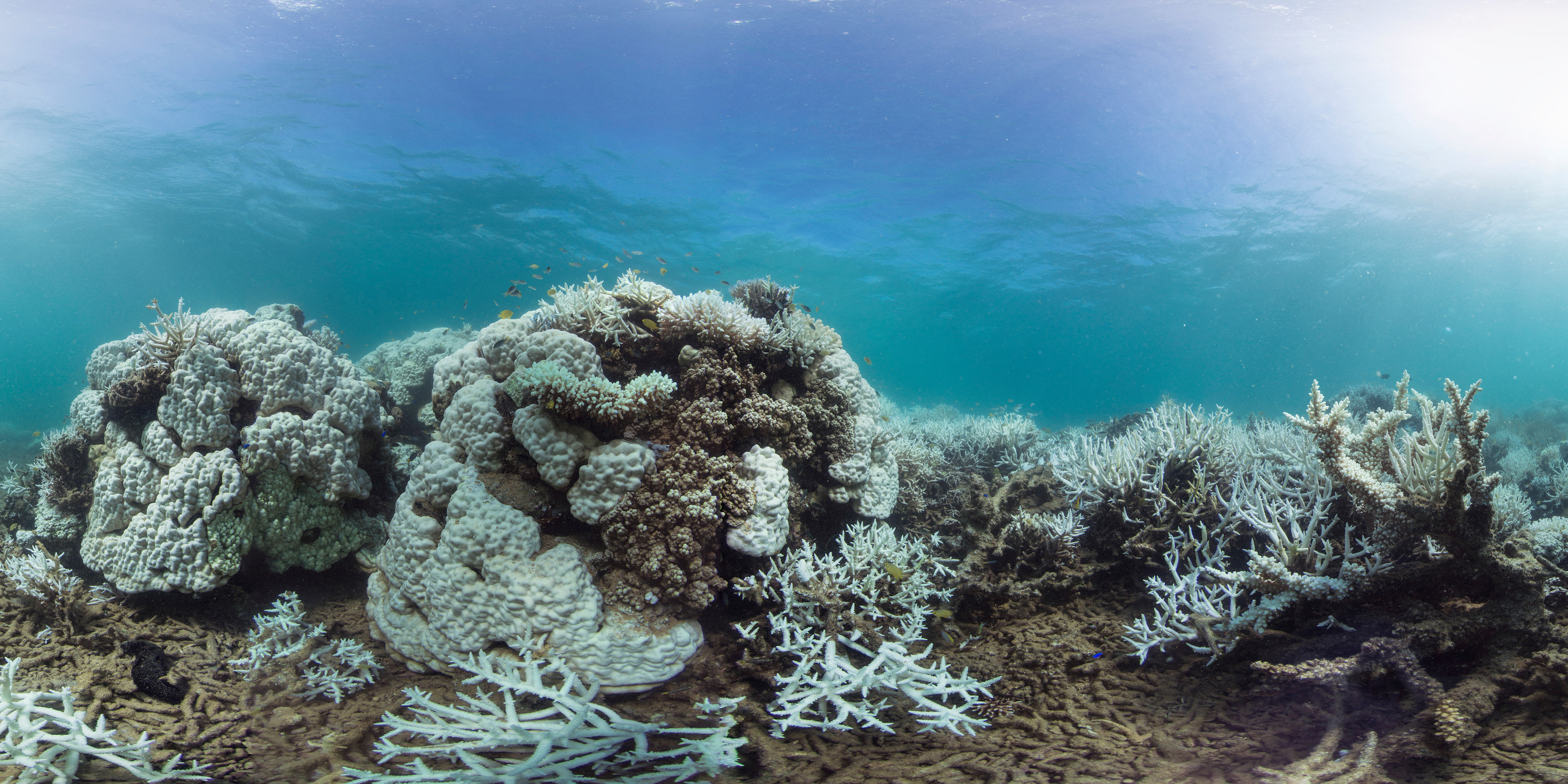 Bleaching is occurring all around the planet, including here in New Caledonia. The Ocean Agency / XL Catlin Seaview Survey

While the researchers found that over 70 percent had already succumbed, at least 90 percent of some of the most popular dive sites were still bleached, meaning that unless the ocean temperatures drop soon, more of the reef will die.

This follows the distressing trend that is being seen from Kiribati to the Maldives, as more and more of the world’s coral reefs (some of the most biodiverse habitats in the world and supporting some 500 million people globally) continue to die. While reefs have recovered from bleaching in the past, this can take up to 10 years, and as bleaching events are expected to occur on a more and more frequent basis, it seems there simply isn’t time for them to grow back.