If you're trying to prioritize dieting in 2017, keep in mind that not all diets are created equal.

Often, the ones that garner the most attention aren't even among the best.

For its annual list, US News & World Report ranked 38 eating plans, considering different criteria including how easy the diet is to follow, its effects on weight loss (both short and long term), how nutritional and safe the diet is, and how well it helps prevent diabetes and heart disease.

The ranking drew on the expertise of a panel of dietitians and nutritionists, but didn't account for any costs associated with the diet plans or how exercise fit into the programs.

Here's which diets ranked above the rest to make the top 10.

But first, the worst-performing diets. 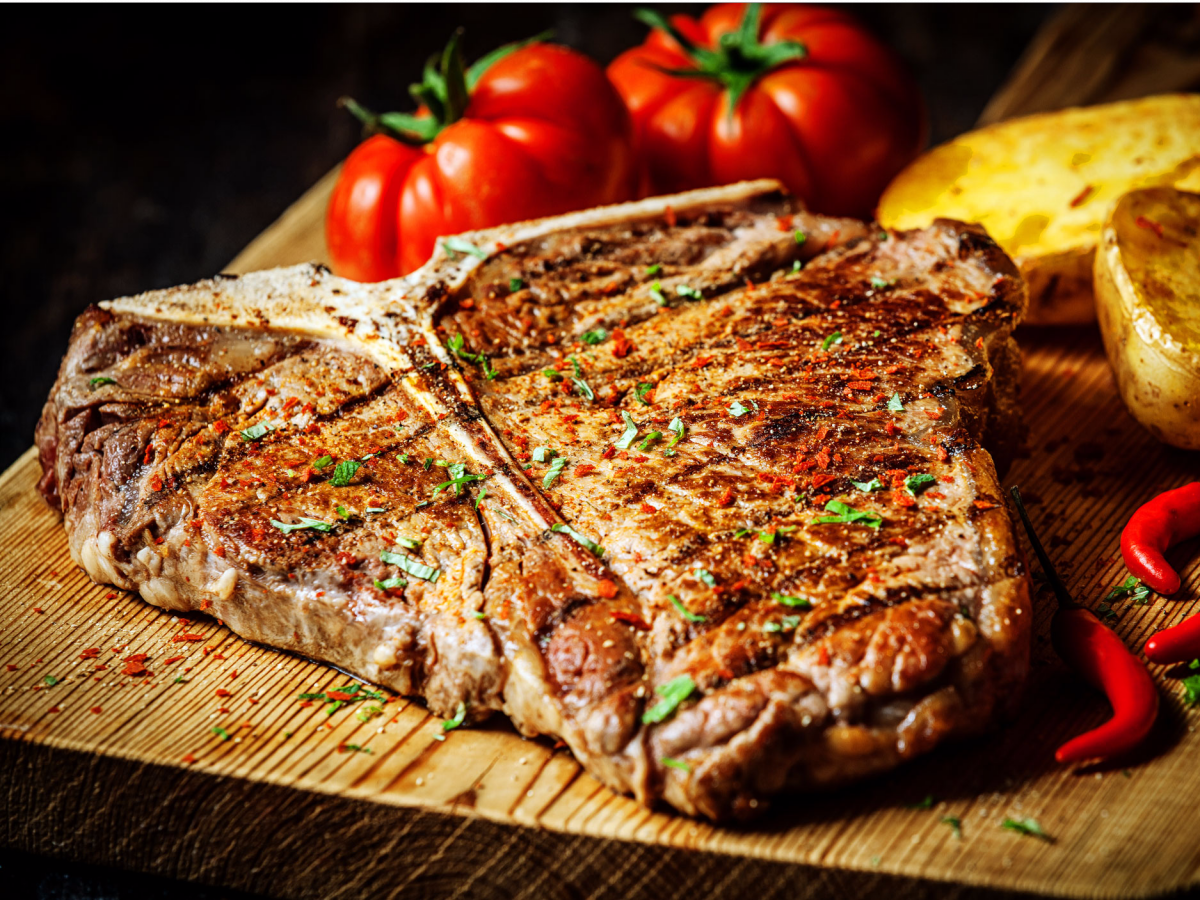 In the 38 plans the US News & World Report looked at, a few numbers weren't up to snuff.

The Whole30 diet, in particular, was the lowest-ranked diet for the second year in a row. The Dukan and paleo diets were also toward the bottom of the list, which US News attributed to the diets being too restrictive. The diets didn't have the same long-term staying power as others that ranked higher.

Learn more about what experts think of the Whole30 diet » 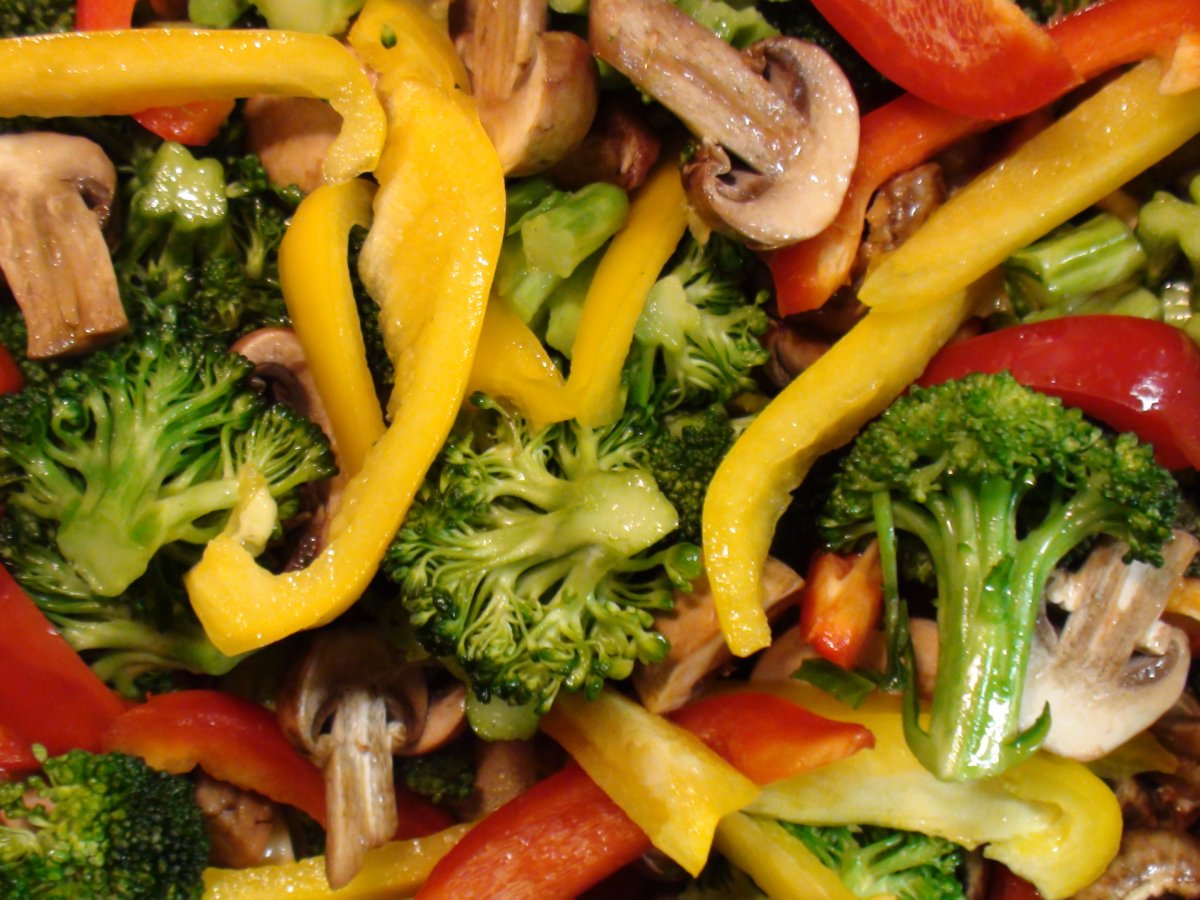 Vegetarian diets cleared the top 10 in the 2017 ranking, up from No. 13 in 2016. The diet is simple: no meat allowed. Ideally, the meat is replaced with more vegetables, which could help you feel fuller. 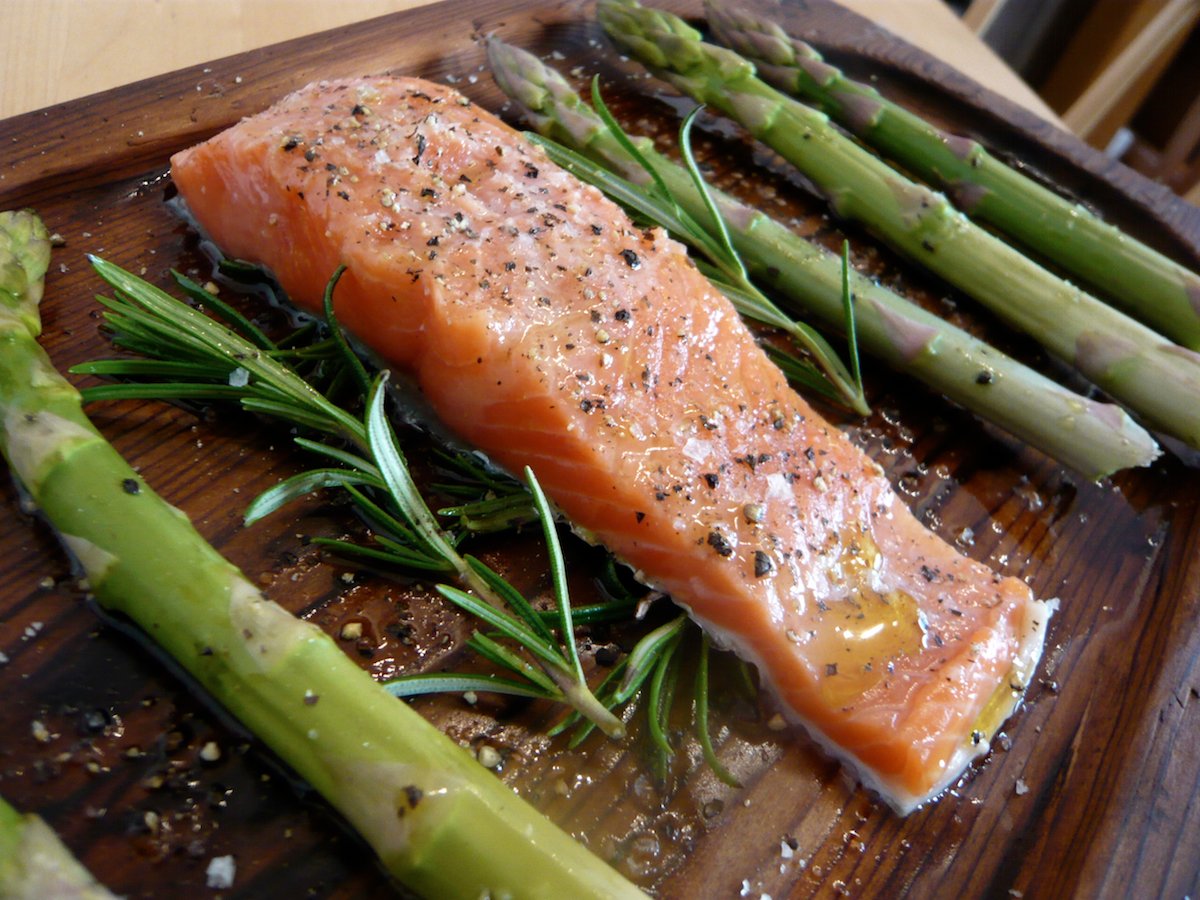 Developed by Dr. Dean Ornish, this diet looks at food on a "spectrum," with some things being healthier than others — essentially, the less processed the better. The diet emphasizes whole grains, fruits, vegetables, and some fat if it contains omega-3 fatty acids.

The diet was also ranked one of the best for heart health. 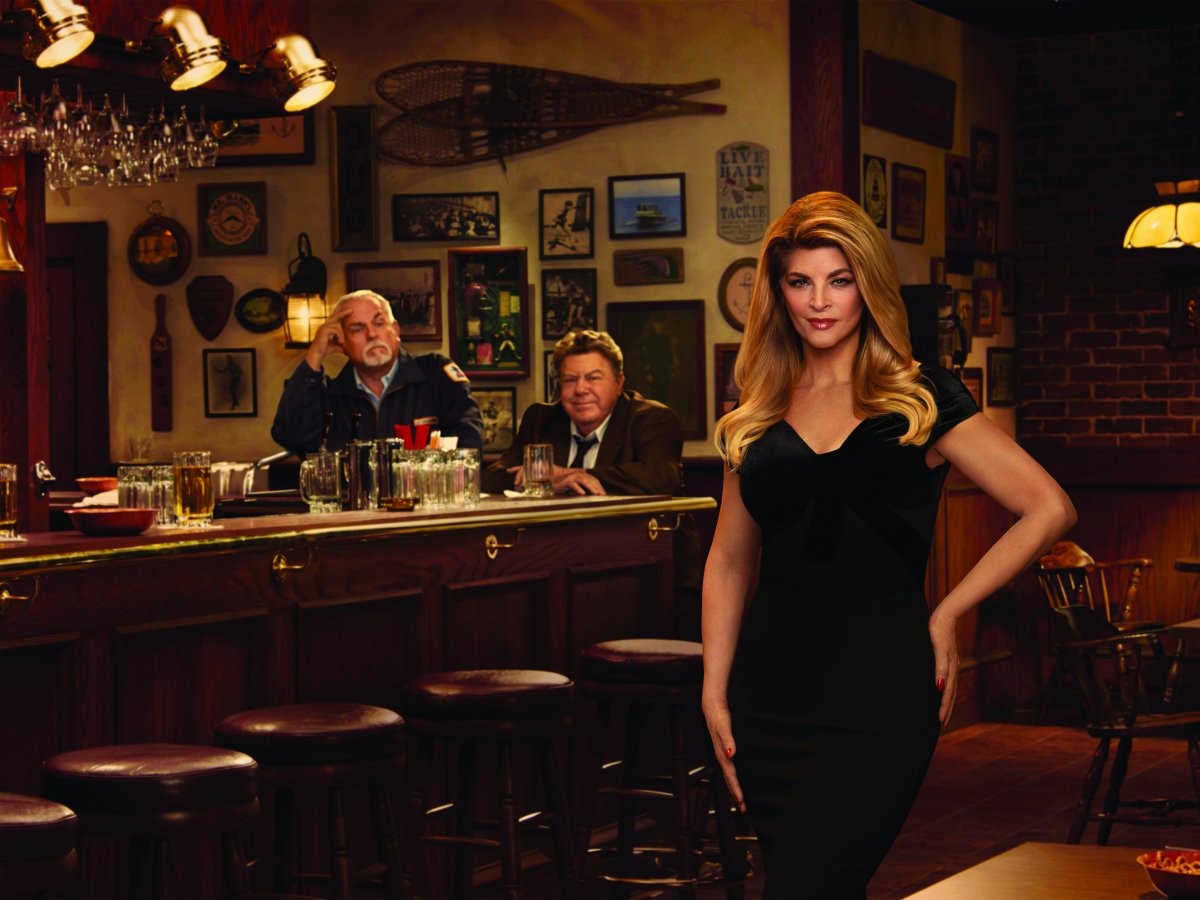 Known for its celebrity spokespeople, including Kirstie Alley and Mariah Carey, the Jenny Craig diet uses weight-control counseling and prepared meals that can either be delivered or picked up at a Jenny Craig location.

Volumetrics is a diet developed by Penn State University nutrition professor Barbara Rolls. It categorizes foods based on density, with less dense foods — like soups or vegetables high in water — preferred over pizza, cookies, and butter. 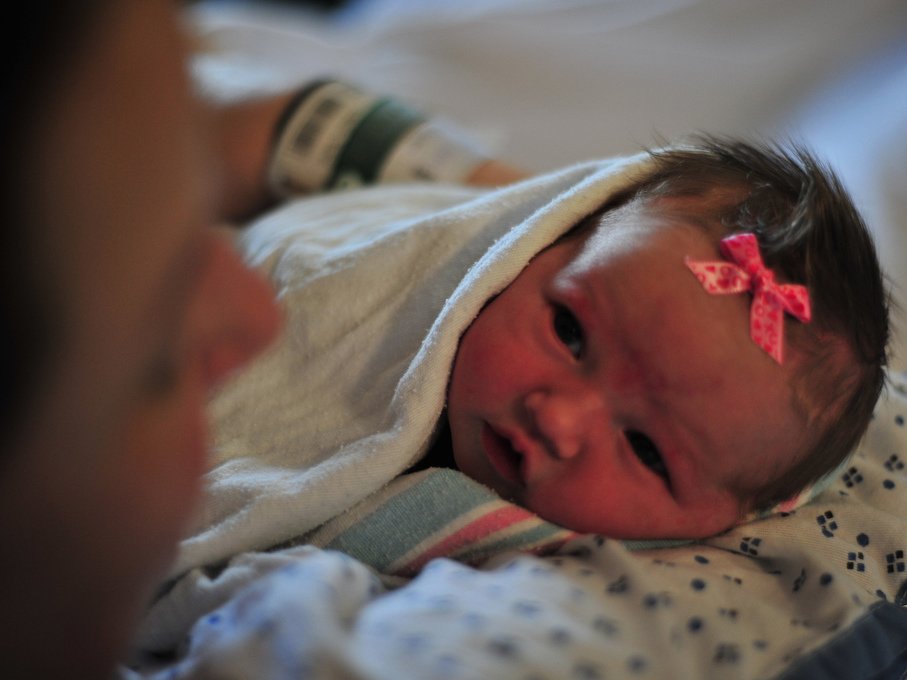 The aim of the fertility diet is to help women who are having problems getting pregnant. Developed by Drs. Jorge Chavarro and Walter Willett of the Harvard T.H. Chan School of Public Health, the fertility diet includes 10 science-backed steps to help boost fertility in women. The steps emphasize eating vegetable proteins and oils and drinking a glass of whole milk. The plan also suggests taking a multivitamin that contains folic acid.

The diet was also named one of the easiest diets to follow. 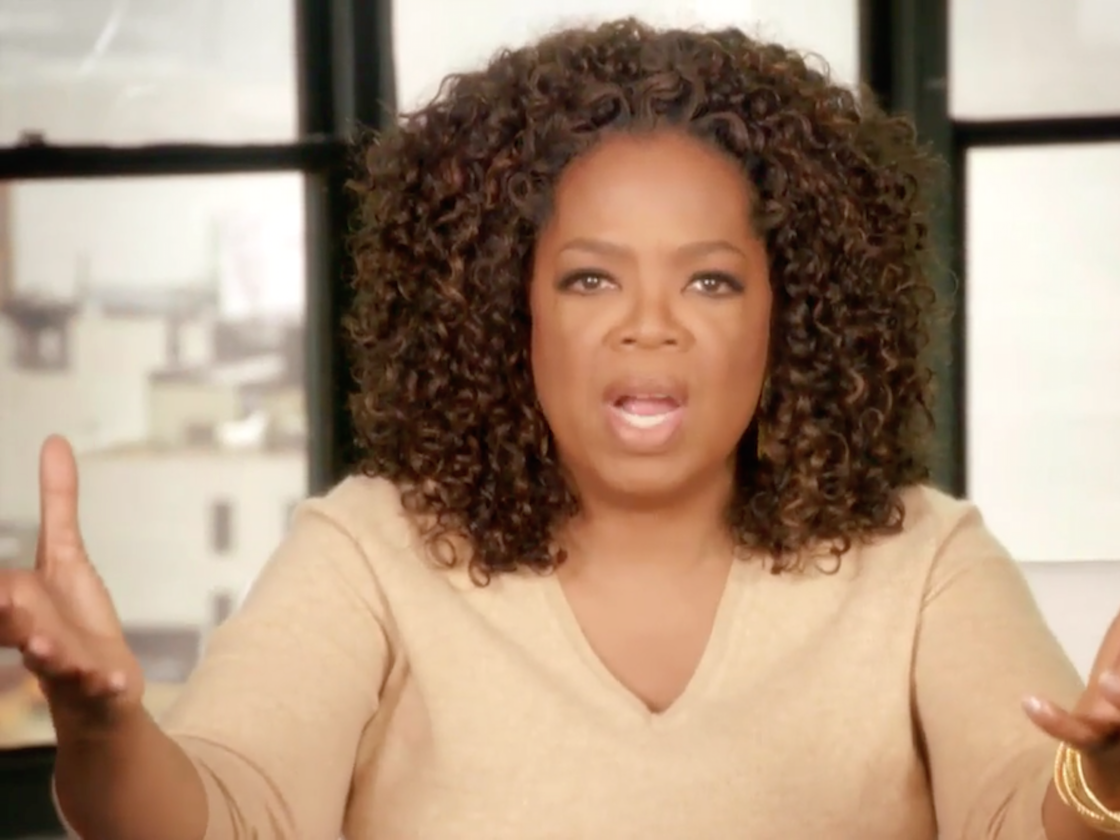 Weight Watchers rose through the US News & World Report's rankings in 2017 because of the company's switch to its Beyond the Scale program.

"The way we think about it is that we used to have a very narrow focus on weight, and now weight is one of things we focus on but it's not the only thing," Gary Foster, Weight Watchers' chief scientific officer, told Time magazine in late 2015. "The consumer sentiment is, 'I still want to lose weight, but I'm thinking about in a more holistic way."

The Weight Watchers diet also ranked as the best diet for weight loss. 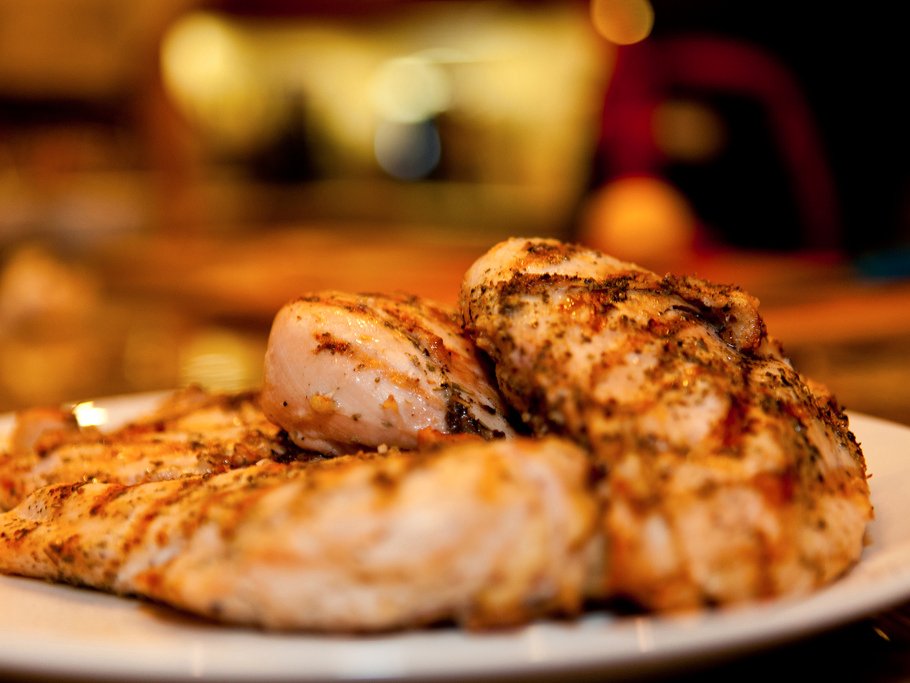 The TLC diet, which stands for therapeutic lifestyle changes, is all about lowering cholesterol above all else. It emphasizes eating less food with saturated fat — like chicken with the skin on it, butter, and cheese — while eating more fruits, vegetables, skinless chicken, fish, and low-fat dairy products. 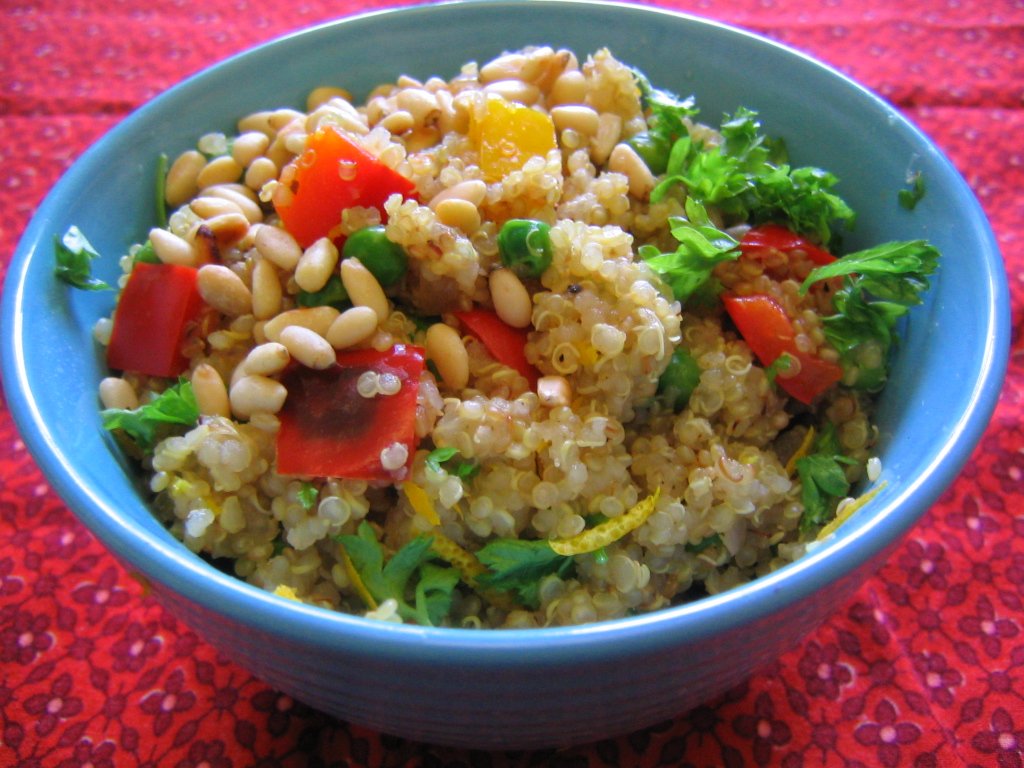 The diet, developed by the research group in Rochester, Minnesota, is all about breaking bad habits and replacing them with good habits. In the first part of the diet, which lasts two weeks, you may lose six to 10 pounds because of the new habits, the diet claims. The diet comes with its own food pyramid that puts fruits and vegetables at the bottom. 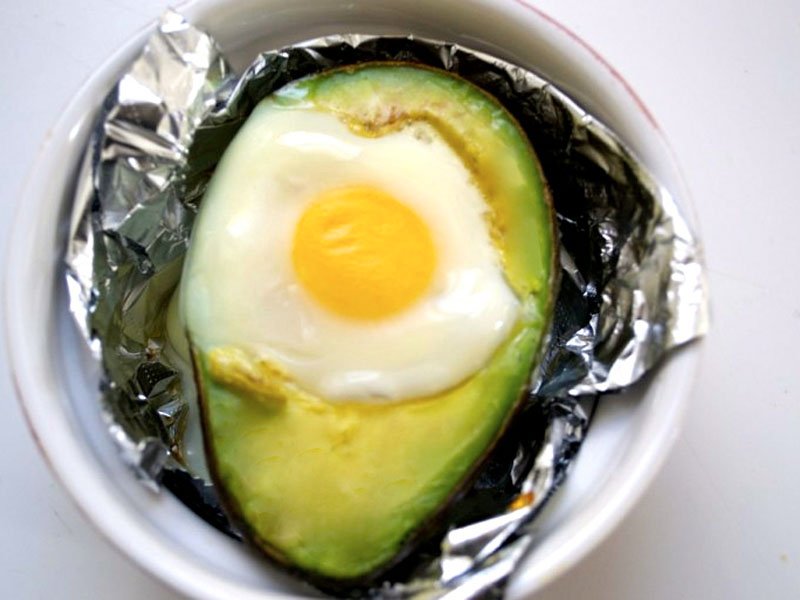 The flexitarian diet, developed by the registered dietitian Dawn Jackson Blatner, is geared toward those interested in being vegetarian but don't want to give up meat entirely. It asks dieters to add "new meat" to their diets, like protein-packed tofu, beans, lentils, nuts, and eggs. But if you're craving meat once in a while, it's not a big deal. 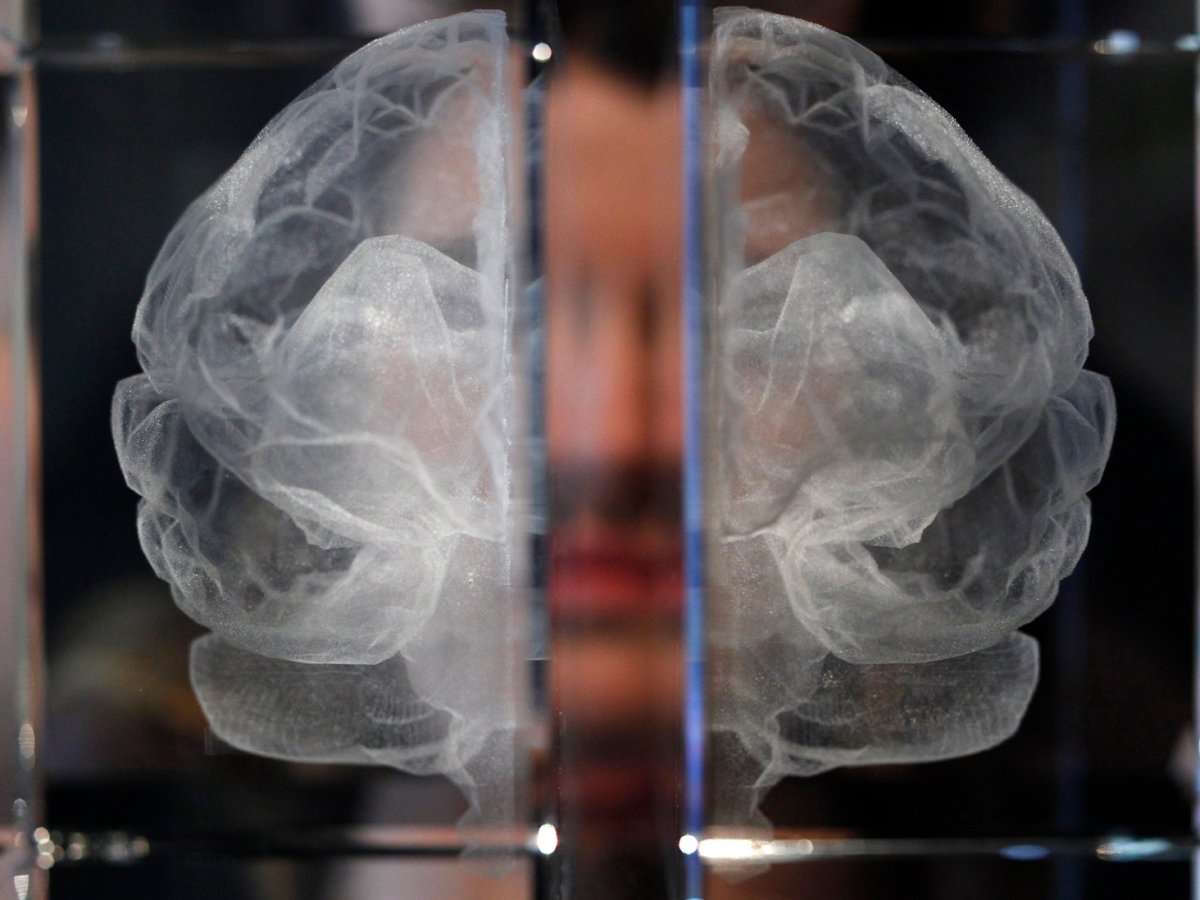 The MIND diet, which claimed the No. 2 spot last year, focuses on foods meant to help your brain, specifically those said to prevent neurological diseases like Alzheimer's. It's a hybrid version of the Mediterranean and DASH diets, focusing on the aspects of those diets that have to do with the brain.

Berries, olive oil, nuts, and dark, leafy greens are staples of the diet, based on large-scale studies of cognitive decline. 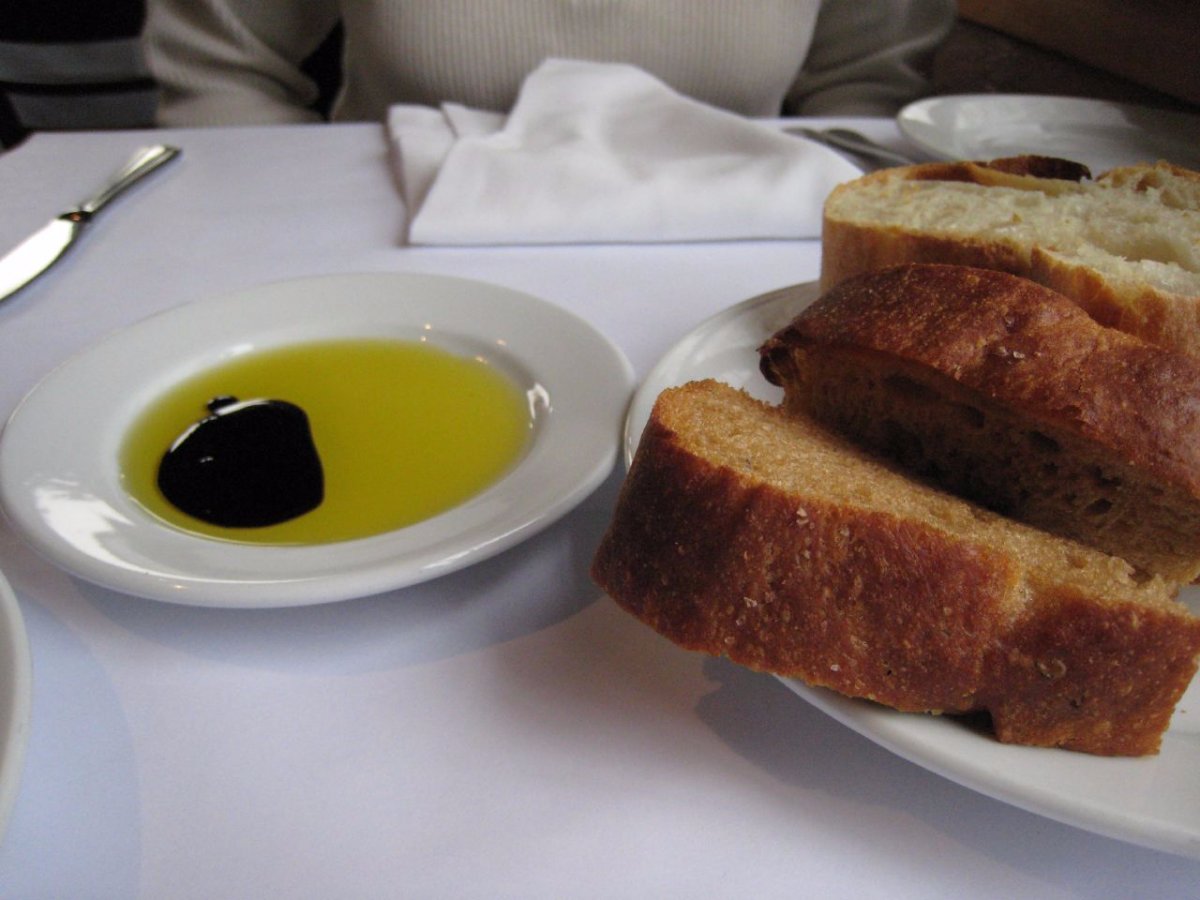 The Mediterranean diet is modeled on foods commonly eaten in countries along the Mediterranean Sea. It's typically high in fruits and vegetables, fish, and whole grains like whole wheat and brown rice.

US News & World Report also named it the best plant-based diet of the 38 considered, and it was among the easiest to follow. 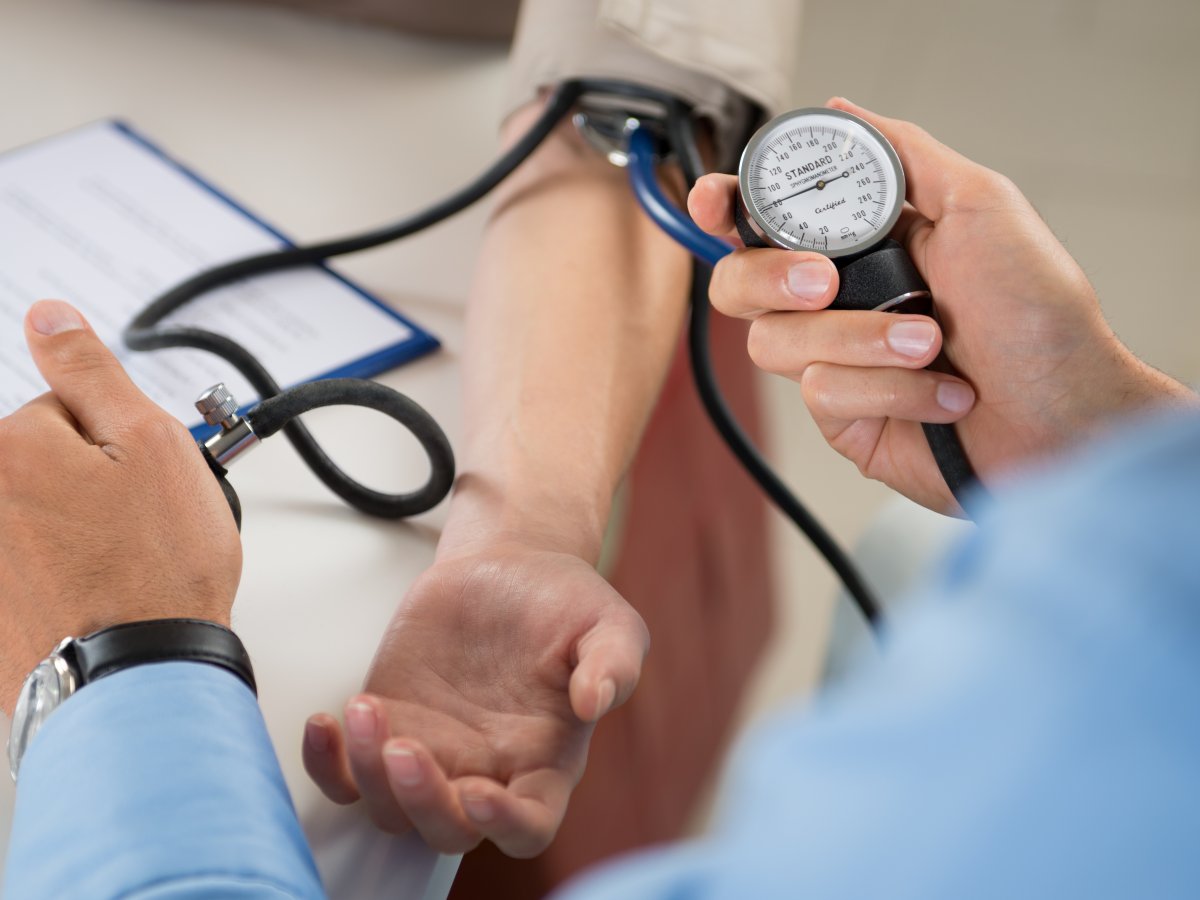 For the seventh year in a row, the DASH diet was named the best. DASH stands for dietary approaches to stop hypertension. Hypertension, otherwise known as abnormally high blood pressure, is a common condition in the US.

The diet relies on lowering your sodium intake to no more than 2,300 milligrams a day, along with eating vegetables, fruits, and whole grains. (For reference, a single slice of pizza contains about 640 milligrams of sodium, roughly a quarter of that sodium limit.)

"The DASH diet is really a safe plan for everyone," Angela Haupt, assistant managing editor of health at US News & World Report, told Business Insider in 2016. "There's nothing exciting about it, and that's what makes it a good plan. It's not some fad diet making outlandish claims that you can't rely on."