Certain wonderful events come just once a year, like birthdays, Thanksgiving, anniversaries, and back-to-school sales for office supplies. Sadly, a new annual tradition has emerged: claiming that Mars will appear to be the same size as the full moon at the end of August.

Chances are, you’ve seen something like this floating around: 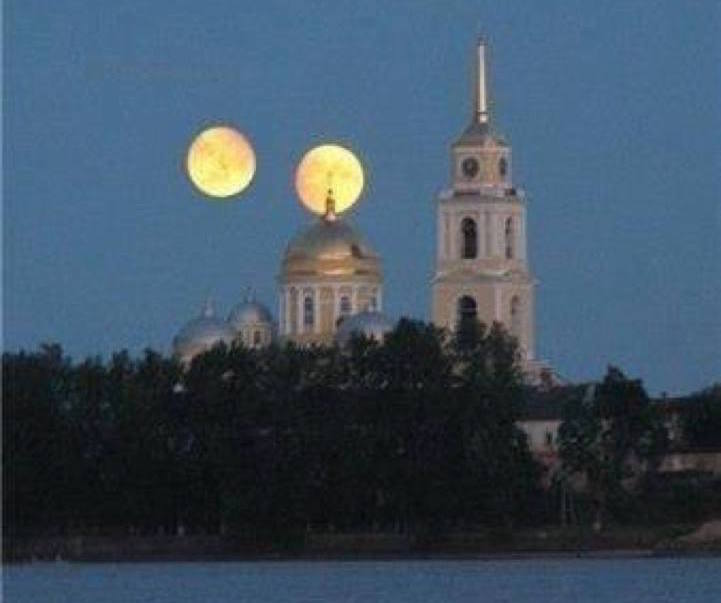 (Over 626,000 shares?! I’m starting to think people are doing this just to fuck with me. Mission accomplished. Now stop it.)

So where did this nonsense originate? The closest approach for Mars and Earth in 2003 was the closest it been in nearly 60,000 years and was the best time to view the red planet through a strong telescope. Phil Plait explained last year:

“On that date, through a telescope that magnifies an image 75x, Mars would look as big as the Moon does to the naked eye. ... But this being the Internet, that got all mished and mashed up, and somehow became this idea that if you went outside Mars would look huge in the sky, looming over the world like something out of an H. G. Wells novel."

While it is reasonable that someone could make a silly mistake, it is entirely unclear how it could have persisted this long. At the end of the day, it doesn’t matter why. The only important thing to remember is that Mars will never appear as large as the full moon in the night sky. Not in 2014; not in 2287. Not ever.

The respective orbits of Mars and Earth make their closest approach with one another once every 26 months. The most recent event was this past April, when it just happened to coincide with a total lunar eclipse. This year, that approach left a distance of 92 million kilometers (57.2 million miles) between the planets, and while Mars could be seen with the naked eye, it was still just a small smudge of red light.

August 27 also happens to fall two days after the new moon, so the moon will be in its waxing crescent phase; certainly not full. These dark sky conditions will make it a great time to grab a blanket and a telescope to check out the stars, but don’t be fooled into thinking that Mars will be an extraordinary feature. Astronomy is plenty cool all on its own; these gimmicks just undermine that. (There’s also a lot to be said for such rampant serial sharing without any fact checking. Slate’s Scott Huler hits the nail on the head with that topic.)