In today’s episode of “Is this real life or viral marketing for Black Mirror?” Russian military bases have been assaulted by a swarm of unidentified, unmanned drones. It's believed to be the first instance that a drone swarm attacking military has been officially documented.

The Russian Ministry of Defence released a statement claiming their naval base in the Syrian town of Tartus and the Khmeimim Air Base were attacked by a 13-strong swarm of armed drones on the night of January 5, 2018. No one’s quite sure who sent the unmanned aerial vehicles (UAV), especially as they appear to contain foreign-made parts; however, the Russians described the event in the vague terms of “a terrorist attack.”

“Six small-size air targets were intercepted and taken under control by the Russian EW units. Three of them were landed on the controlled area outside the base, and another three UAVs exploded as they touched the ground,” it added. "The Russian bases did not suffer any casualties or damages."

In true cyberpunk style, the drones look a bit like a mash-up of advanced technology juxtaposed with cheap and improvised materials. While they are equipped with a GPS-guided navigation system, they are also armed with improvised explosives and appear to be pieced together with wood. The Daily Beast even speculated that the UAVs, or at least parts of them, were bought via social media. Russian authorities now have military experts examining the captured drones to work out who supplied the assailants with the technology. 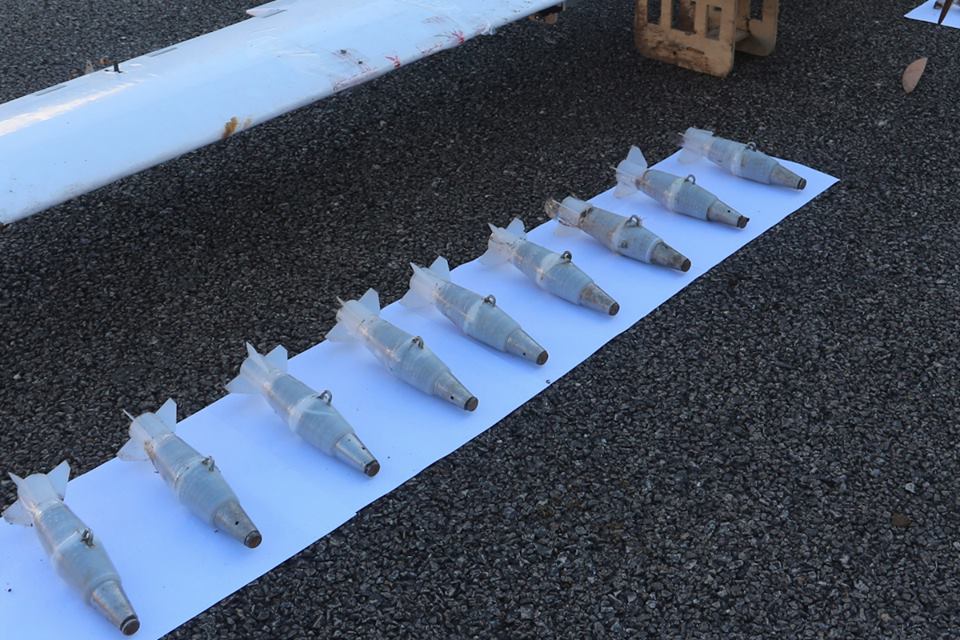 The increasing use of drones in modern warfare is part of a trend that is only likely to continue as the technology because more accessible, cheaper, and advanced. That’s something Russia and other governments are becoming very aware of. In September 2017, Vladimir Putin said that he believes all future wars will be fought by drones, explaining “when one party’s drones are destroyed by drones of another, it will have no other choice but to surrender,” according to the Associated Press.

Obscure Syrian militia groups aren’t the only military forces who want to bring drone swarms to the battlefield. Over the past year, China and the US have been busy developing their own drone technology.

Whether you like it or think it's downright terrifying, the era of swarm drones is upon us.