Materials have been created that could allow robots, or possibly even people, to replicate the much-admired capacity of geckos to climb vertical surfaces and hang upside-down. Better still, where existing imitations are clunky to operate, the latest version can be turned on and off with ease using a specific wavelength of light, providing the opportunity to move as easily as to stick.

Gecko feet have an abundance of hairs covered in projections so fine they represent an enormous surface area compared to the size of the gecko itself. Weak attractions to surfaces, known as van der Waals forces, become quite significant when multiplied over such areas – powerful enough to allow the little lizards to grip onto vertical glass.

Past attempts to replicate this using microscopic wedges have been met with some success. Nevertheless, some problems remain. One is how to unstick the pads when it is time to move. Geckos have this sorted out, but even for them the default setting is to stick – to such an extent they will stay in unlikely locations even after death.

A paper in Science Robotics has announced progress in this area. It describes the creation of what the authors call a bioinspired photocontrollable microstructured transport device (BIPMTD) made of three layers. The first consists of mushroom-shaped microstructures 70 micrometers (0.003 inches) long that mimic the geckos' hairs. Underneath this lies a liquid crystal layer and finally a backing layer. 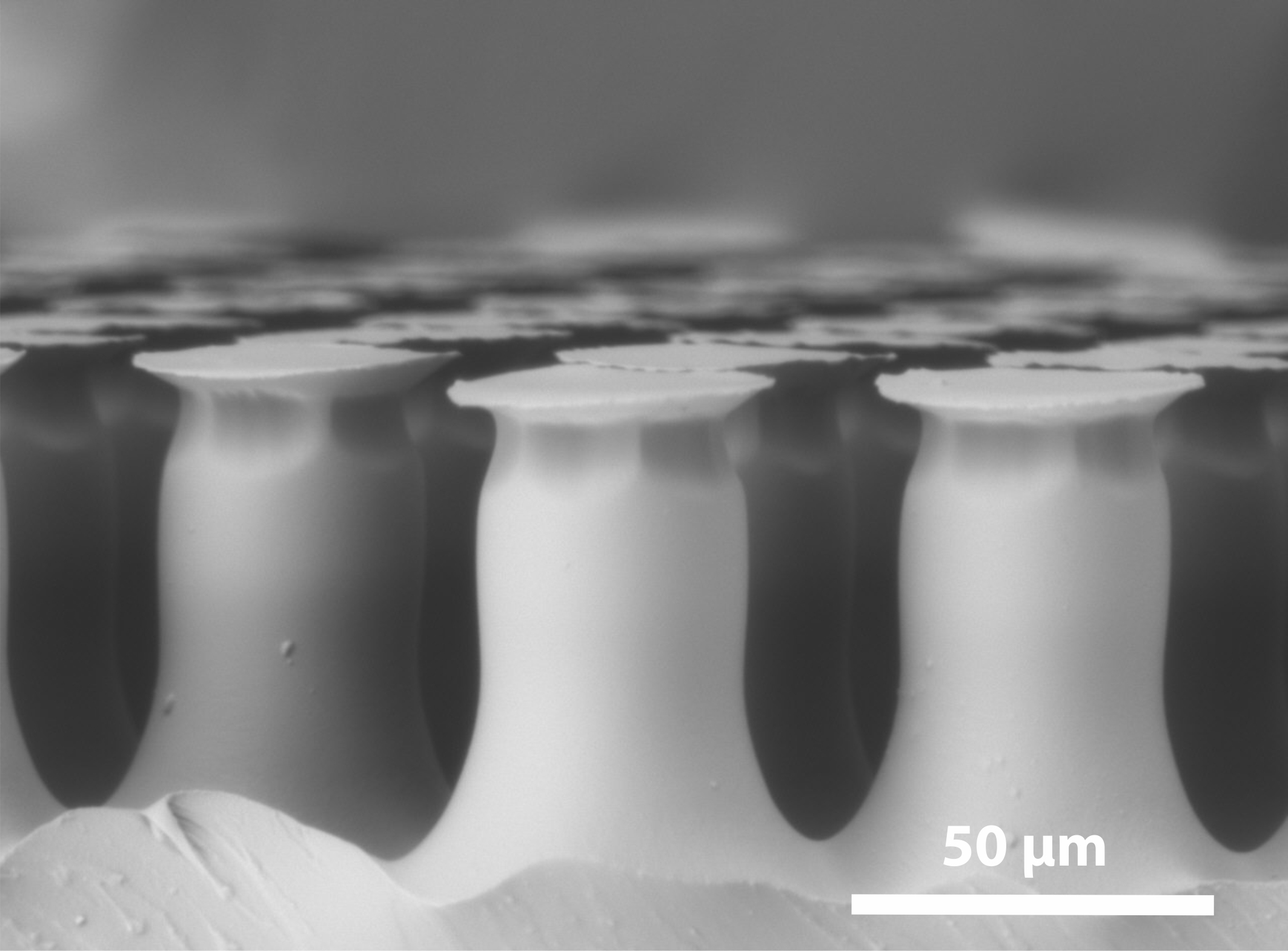 The mushroom-shaped structures of a BIPMTD under a microscope. Emre Kizilkan

“Light is a stimulus that can be controlled very quickly and precisely (e.g., in time, intensity, and wavelength),” the paper notes. “It is a very attractive stimulus for developing bioinspired photoresponsive reversible adhesive systems.”

Lead author Emre Kizilkan, a masters student at Kiel University in Germany, and colleagues fixed strips of BIPMTD to the bottom of a glass slide and measured the adhesive force against a glass ball suspended below. When UV light was turned on, it changed the geometry of the liquid crystals, affecting the microstructures so that the adhesive force dropped by almost two-thirds, returning when the light was turned off. Weaker UV light produced intermediary strength adhesion.

Although Kizilkan's has yet to be translated into a wall-climbing robot, let alone gloves and shoes that would allow people to climb Spiderman-like, the potential to scale up is clear. Just don't try it inside a blacklight-illuminated nightclub.