It now seems inevitable that 2016 will be the hottest year on record. The latest preliminary data comes from the World Meteorological Organization, who are predicting that this year will not only be the warmest, but that it will mark a new high for the third year in a row.

“Another year. Another record. The high temperatures we saw in 2015 are set to be beaten in 2016,” said WMO Secretary-General Petteri Taalas. “The extra heat from the powerful El Niño event has disappeared. The heat from global warming will continue.”

Using the data collected over the last nine months, the WHO have found that global temperatures were 1.2°C (2.2°F) above pre-industrial levels, when it is widely believed carbon emissions started to ramp up. While the powerful El Nino experienced at the end of last year and the beginning of this one did have a role to play, it is still only secondary to the continual rise in atmospheric CO2 levels, which have now surpassed 400 parts per million and are unlikely to drop below this within a generation. 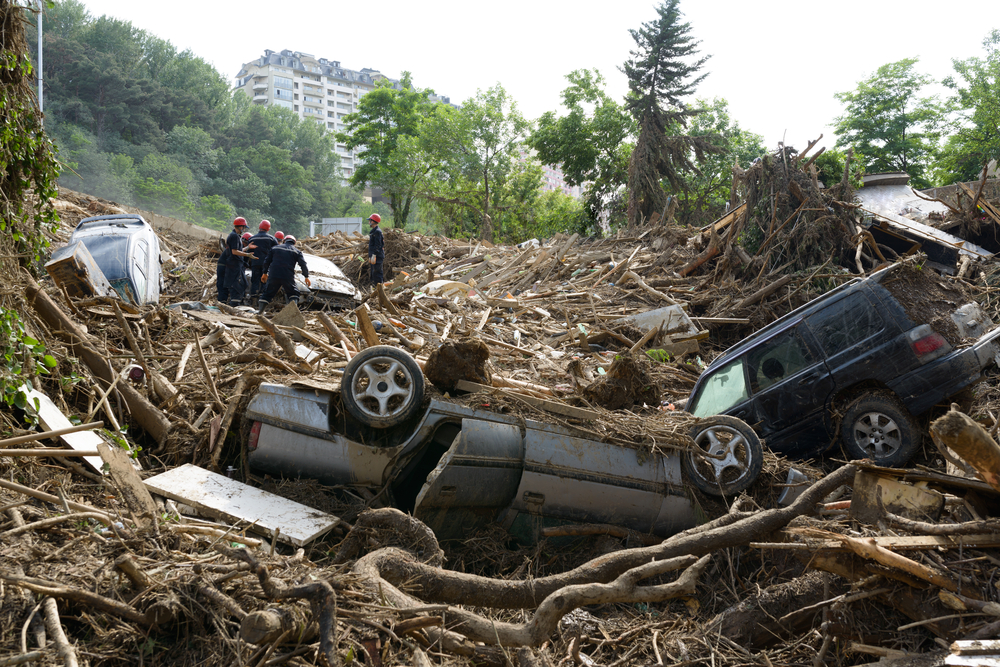 Millions of people are now being impacted by natural disasters amplified by climate change. Dmytro Vietrov/Shutterstock

But not only are the short-term climate indicators going off the scale, the long-term records are also being smashed. As mentioned, carbon dioxide concentrations in the atmosphere are at the highest they have been for tens of millions of years, in addition to the Arctic sea ice remaining at record or new record lows and the melting of the Greenland ice sheet accelerating. This has contributed to an increase in the frequency and intensity of natural disasters, including the drought that hit the east coast of the US and Hurricane Matthew that thrashed Haiti.

“Because of climate change, the occurrence and impact of extreme events has risen. ‘Once in a generation’ heatwaves and flooding are becoming more regular,” says Mr Taalas. “In parts of Arctic Russia, temperatures were 6°C to 7°C above the long-term average. Many other Arctic and sub-Arctic regions in Russia, Alaska and northwest Canada were at least 3°C above average. We are used to measuring temperature records in fractions of a degree, and so this is different.”

The new data comes on the heels of another finding: For the last three years, global carbon emissions have seemingly stabilized. It is thought that as the oceans warm, they are able hold less carbon dioxide. Instead, the carbon dioxide builds up in the atmosphere and increases the temperature, which in turn limits the amount of carbon that plants can sequester. This chain of events has meant that despite carbon emissions leveling off, temperatures and atmospheric CO2 are still rising.