Lush, dense, and bursting with life, the Amazon rainforest is often seen as one of the last remaining pristine wildernesses on Earth. But this notion is being challenged. Over the last decade or so, evidence has been emerging from the Amazon basin that suggests before the arrival of the Spanish, the rainforest may have supported millions of people living in villages, towns, and perhaps even cities.

Now, a new study published in the Proceedings of the National Academy of Sciences has documented the discovery of hundreds of ancient earthworks that have been hidden underneath mature rainforest for centuries, before being revealed by recent deforestation. Occupying an area roughly 13,000 square kilometers (5,000 square miles) in western Brazil, the large geometrical geoglyphs provide further evidence that what we think of as being virgin rainforest may, in fact, have been managed for millennia before the arrival of Europeans.

When the Spanish first traveled up the Amazon River in the 1500s, one famous account mentions that “there was one town that stretched for 15 miles without any space from house to house, which was a marvelous thing to behold,” suggesting thriving, complex societies. This mysterious chronical, however, is hotly debated, not least because after that initial tale such bustling towns or cities were never seen or mentioned again. 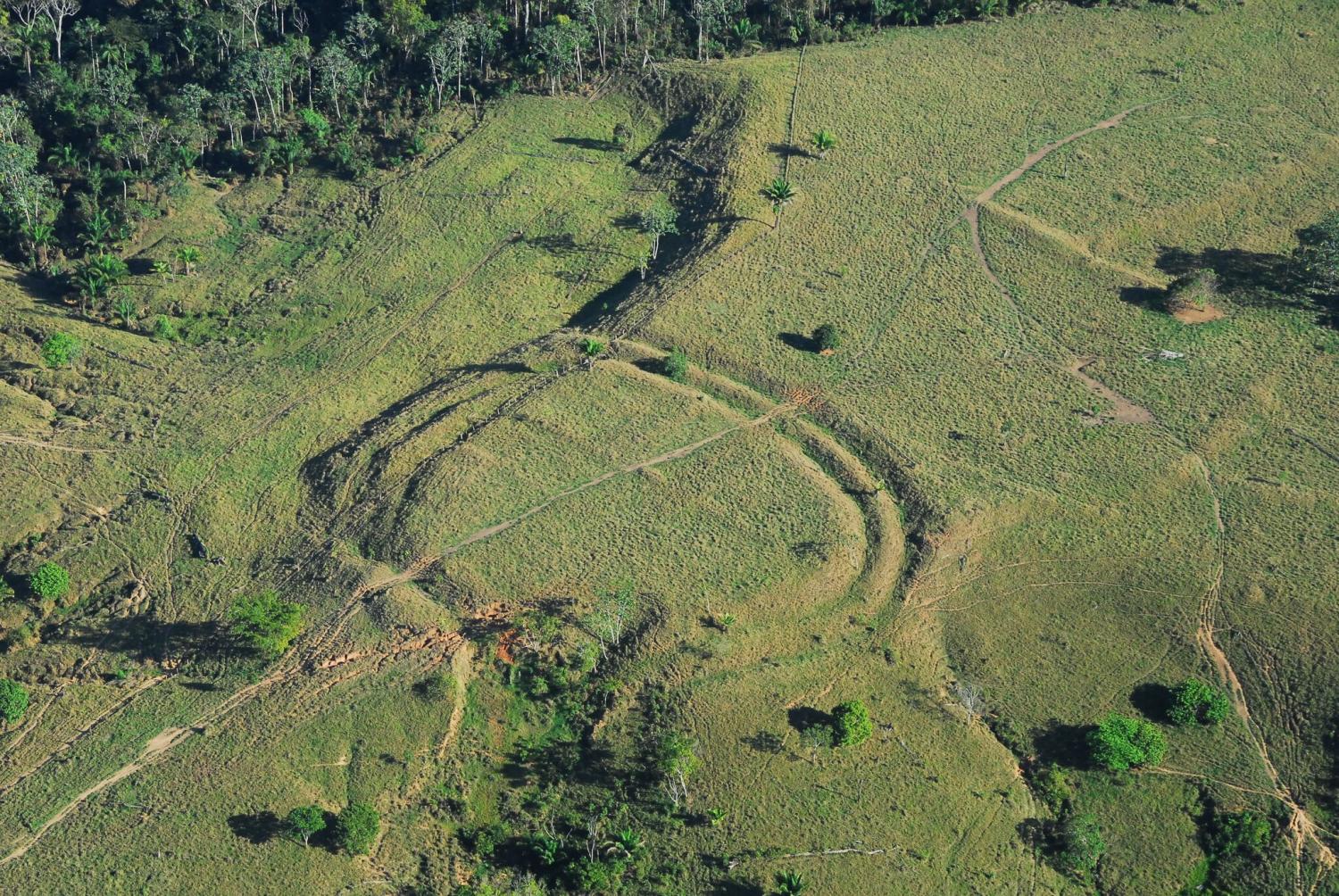 Some of the ditches are up to 11 meters wide and 4 meters deep. Jenny Watling

It has been suggested that this is because, following the first contact with Europeans, disease and sickness rapidly spread through the Amazon basin, killing off the millions of people living there. When the Europeans finally explored the regions in more depth, the empty forests were thought to be the natural, untouched wilderness that we still perceive it as today.

But as modern humans are cutting down ever more tracts of forest, they are uncovering further evidence of ancient human activity thought to be at least 2,000 years old. With few artifacts unearthed within the large earthworks, archaeologists believe that rather than being settlements, they may have only been used sporadically, perhaps as ritual gathering places.

But the researchers warn that this long history of management should not be used as an excuse for further deforestation.

“Our evidence that Amazonian forests have been managed by indigenous peoples long before European Contact should not be cited as justification for the destructive, unsustainable land-use practiced today,” explained Dr Jennifer Watling, who led the study. “It should instead serve to highlight the ingenuity of past subsistence regimes that did not lead to forest degradation, and the importance of indigenous knowledge for finding more sustainable land-use alternatives.”

The Grisly Reason Some Americans Might Think Guns Keep Them Safe

TWIS: A Hologram Shocks Funeral Guests, Megalodons May Have Been Munching On Orcas, And Much More This Week
Humans

TWIS: A Hologram Shocks Funeral Guests, Megalodons May Have Been Munching On Orcas, And Much More This Week