Our hearts beat roughly three billion times throughout our lives, but it is not entirely clear when this biological percussion begins. Previous research has suggested that it happens on the 21st day of a pregnancy, but a new eLife study by the University of Oxford has concluded that it’s in fact as early as 16 days post-conception.

Directly imaging the moment a human embryo activates its cardiovascular system is quite difficult, so for this type of research, mouse hearts are used. Being mammalian, their heart structures aren’t too different from humans, and biologists can compare and contrast the two.

Until now, it was thought that a mouse’s heart begins pumping vital oxygen and nutrients around its primitive blood vessel network on the 8th day of fetal development, which equates to 21 days for a human. At this stage, the heart is in the shape of a small tube.

However, the most careful observations of a developing mouse heart to date has revised down this value ever so slightly to 7.5 days within mice, which equates to day 16 in the biological construction of a human embryo. At this stage, a component named the “cardiac crescent” forms, which is a part of the early-stage heart scaffolding.

“By finding out how the heart first starts to beat and how problems can arise in heart development, we are one step closer to being able to prevent heart conditions from arising during pregnancy,” researcher Paul Riley, a professor of regenerative medicine at the University of Oxford, said in a statement.

In order to find this out, the team tracked the movement of swarms of calcium molecules within a mouse embryo. 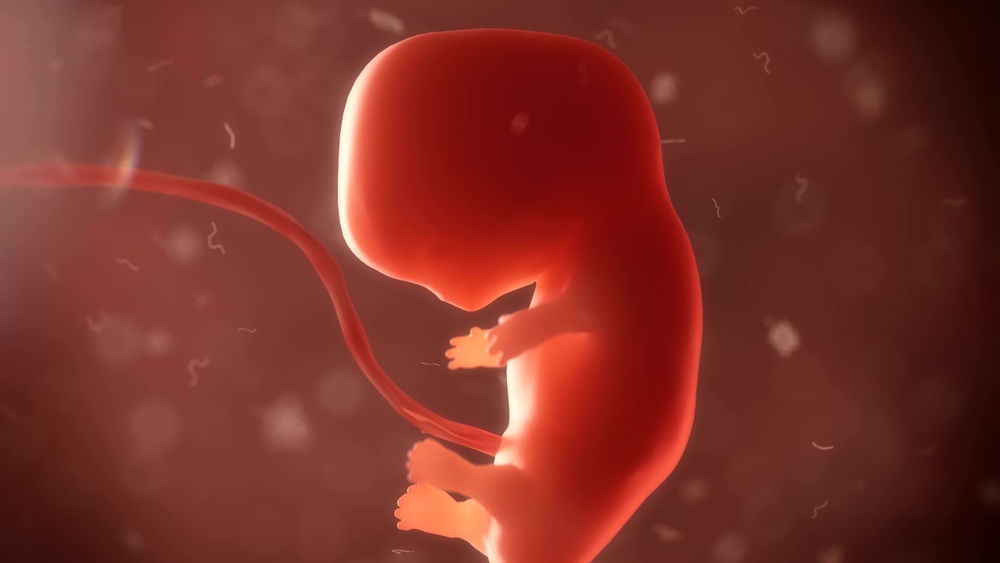 The heart begins pumping long before you look like this. u3d/Shutterstock

Elemental calcium plays a key role in the biochemistry within our bodies. In its ionized form, it acts as biochemical messenger, relaying electrical signals between cells, particularly neurons, and during the act of fertilization.

It’s been known that the transmission of calcium ions in and out of specialized heart muscles cells called cardiomyocytes triggers them to contract and begin the heartbeat. However, the precise point at which this commences has long been uncertain.

By tagging these molecules with fluorescent markers, the researchers discovered the exact point in time wherein they communicate to the cardiomyocytes that it is time to start moving. Specifically, a protein called NCX1 regulates the generation of these calcium signals.

The heart is the first organ to form and being operating within an embryo during pregnancy. When the life-giving rhythm kicks into gear, everything else follows, so understanding precisely when and how this happens is vital for understanding how life, step by step, begins.

Thanks to this remarkable work, we are now one step closer to completing the blueprint of the heart.