It's amazing what you can do without a brain. The large single-celled organisms known as slime molds have repeatedly astonished scientists with their capacity to make complex decisions unburdened by an organ to think with. A new study has revealed just how well slime molds make decisions, and the answer turns out to be rather well.

Although a single-celled organism, the slime mold Physarum polycephalum can work out the shortest path to access food within mazes. When presented with alternative food sources, it identifies the most promising and prioritizes it. Slime molds can even learn and choose between an uncomfortably warm but concentrated food source and one that is more dilute but placed away from the light.

Engineers have used this capacity to design railway networks, while photographers have adapted the growth for art. But how far can all this go?

In the Journal of the Royal Society Interface, Macquarie University's Dr Chris Reid studied the way P. polycephalum tests environments and chooses where to go. 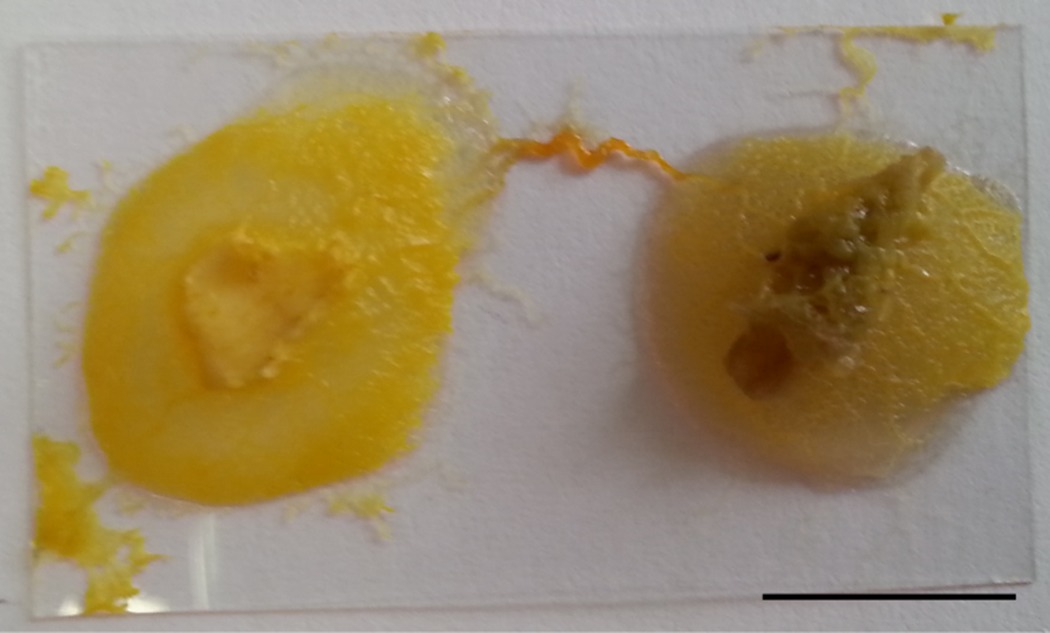 P. polycephalum concentrates where the food is with thin joints between. Richard Mayne, Andrew Adamatzky/PLOS One

“Each tiny part of the slime mold is slowly pulsating at a frequency determined by the quality of the local environment,” Reid said in an explanator note for the Royal Society's blog. “Attractive local areas such as around food sources induce high frequency pulsations, whereas repellent areas such as around toxic salts induce low frequency pulsations.” The processes that attract or repel the slime mold can be seen in their most basic form.

Reid tested P. polycephalum on an adapted version of the “two-armed bandit problem,” where test subjects are offered two levers to pull, each of which produces a random reward. Over the long term, one lever gives better rewards than the other, so the user has to decide how long to keep testing each lever before concluding they have identified the better one and should keep using that. This is known as the exploration-exploitation trade-off.

By presenting the slime with two arms of a maze seeded with varying, but on average unequal, amounts of food, Reid created an equivalent of the two-armed bandit problem and watched the response. When the difference between the two sites was large, the slime mold quickly chose to explore the richer arm; smaller gaps made for slower choices.

Reid and his co-authors looked at 10 rules that a single-celled organism might use to choose to decide when it is best to keep its options open and when to focus on a particular choice. Running these through a computer, he sought the one that matched observations of the slime mold's behavior.

Evolution is effective. As the paper reports: “The algorithm is intermediate in computational complexity between simple, reactionary heuristics and calculation-intensive optimal performance algorithms, yet it has very good relative performance."

The authors conclude: “Our study provides insight into ancestral mechanisms of decision-making and suggests that fundamental principles of decision-making, information processing and even cognition are shared among diverse biological systems.”