Hyperloop One, one of three companies hoping to make Elon Musk’s dream of high-speed travel a reality, has announced its first track may be built in Dubai in as soon as five years.

In an announcement earlier this week, California-based Hyperloop One said it had agreed a deal with Dubai in the United Arab Emirates (UAE) to look into building a track between Dubai and the capital, Abu Dhabi.

The journey, about 150 kilometers (90 miles), takes two hours by car – but could be cut to just 12 minutes by Hyperloop.

"We're going to create a seamless experience that starts the moment you think about being somewhere – not going somewhere," said Josh Giegel, President of Engineering at Hyperloop One, in a statement. 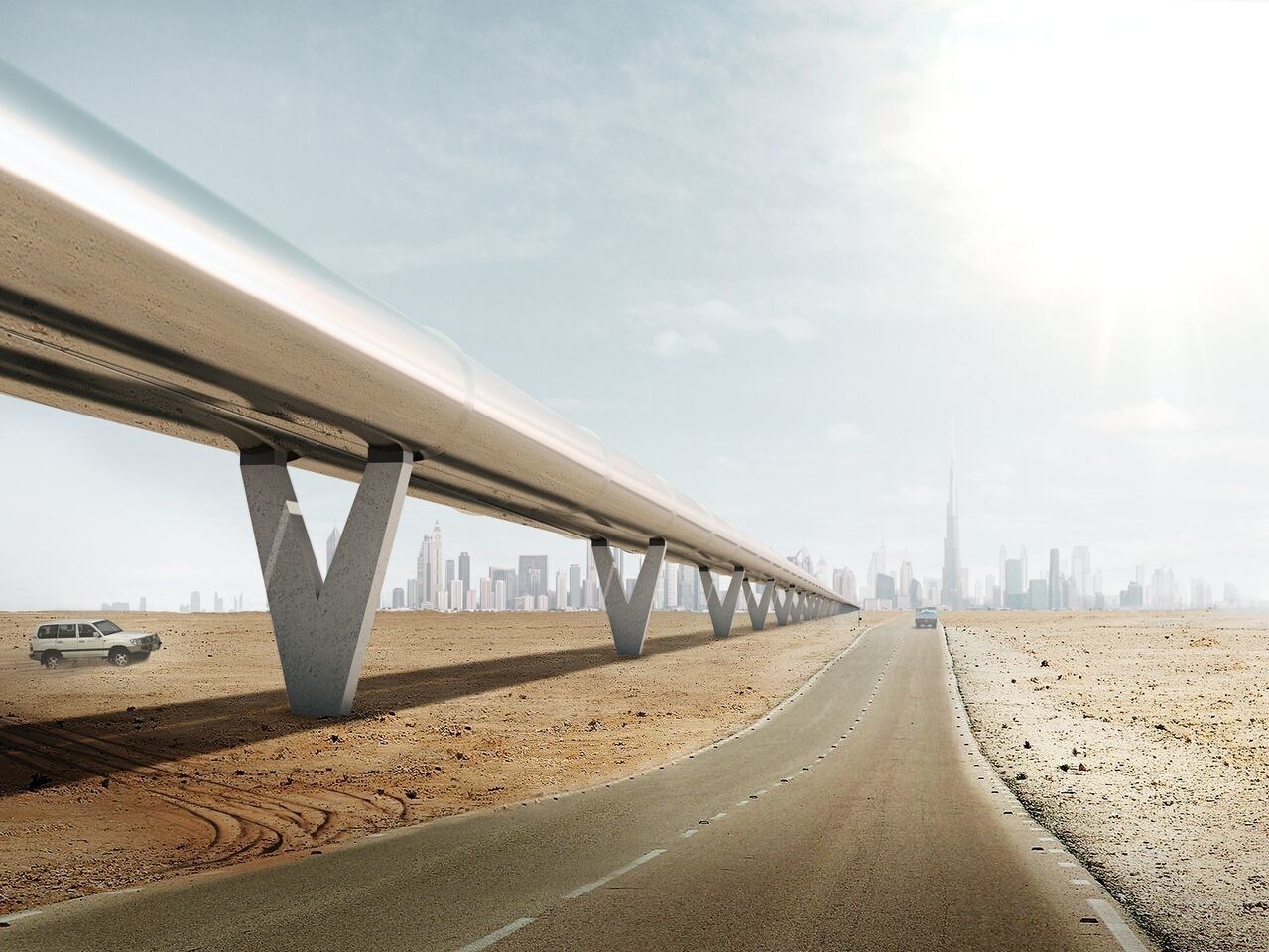 Artist's impression of the Hyperloop track in Dubai. Hyperloop One

Hyperloop was first proposed by Musk in 2012, and has garnered a high level of interest since then. Billed as the “fifth mode of transport”, it would transport people in pods in vacuum tubes at speeds of 1,220 kilometers (760 miles) per hour, propelled by electromagnets.

In a promotional video (below), Hyperloop One explained how the system could work in practice. Passengers would travel to a central hub, where they would enter a Hyperloop pod. Four of these pods would then be attached together and make the rapid journey in the vacuum-tube to their destination.

Upon arrival, each pod – apparently self-driving – would take the passengers to their ultimate destination.

It is, in truth, a somewhat fanciful view of the future. But with significant interest in this form of high-speed travel, there is a chance it may come to fruition. Earlier this year, we saw a public test from Hyperloop One showing a prototype of the technology in action.

Hyperloop One is leading the charge to build the first working track alongside rival company Hyperloop Transportation Technologies. Musk’s SpaceX, too, are planning a track to test out the technology.

Tentative plans for the first working Hyperloop track have already been touted in Europe, but this latest announcement suggests that super-rich Dubai may be the first out of the park. Whether it all amounts to anything, considering the multi-billion costs involved, remains to be seen.

In the statement, Hyperloop One CEO Rob Lloyd said that the company was planning to complete its first full-scale test early next year at their test site in Nevada. He added they hoped to have “multiple operational Hyperloop systems within five years.”