Researchers from the National Astronomical Observatory of Japan have measured the orbital period of K2-3d to a staggering precision of 18 seconds.

This measurement is crucial for future observations looking for signs of life on the planet. K2-3d was discovered because it transits in front of its star, and future telescopes could use these transits to study the exoplanet's atmosphere and possibly work out if life is present.

Previous estimates of the planet’s year were too uncertain to predict the timing of the transits, and that uncertainty gets bigger and bigger when it comes to predicting transits further in the future. The exoplanet was discovered by the space telescope Kepler, which observed it twice and took measurements.

To improve on that value, the team used the MuSCAT instrument, which uses three different wavelengths to obtain a higher precision. The team observed several transits in order to estimate the timing of future transits within a window of 80 minutes.

The new observations of K2-3d are published in the Astrophysical Journal. The object has 1.5 times the mass of Earth and orbits its star every 44.556 days. That makes the planet really close to its parent star, but the star is only half the size of our Sun and quite a lot dimmer, positioning K2-3d firmly in the habitable zone.

K2-3d is also relatively close to Earth, being 150 light-years away. Its size and location make it a likely candidate for life, and the distance and brightness of its star make it a great target for further investigation.

Only 0.07 percent of the star's light is taken away when the planet crosses the stellar disk in a transit, but by studying how this “shadow” size changes with the different types of light, astronomers will be able to estimate what kind of chemicals are present in the exoplanet’s atmosphere.

We have found thousands of exoplanets, but so far a true Earth twin remains elusive. There are many candidates for that title, but what makes Earth so special seems to be beyond what our instruments can currently detect. These latest findings from Japanese researchers provide great groundwork for future telescopes like the Transiting Exoplanet Survey Satellite (TESS) and the James Webb Space Telescope (JWST). 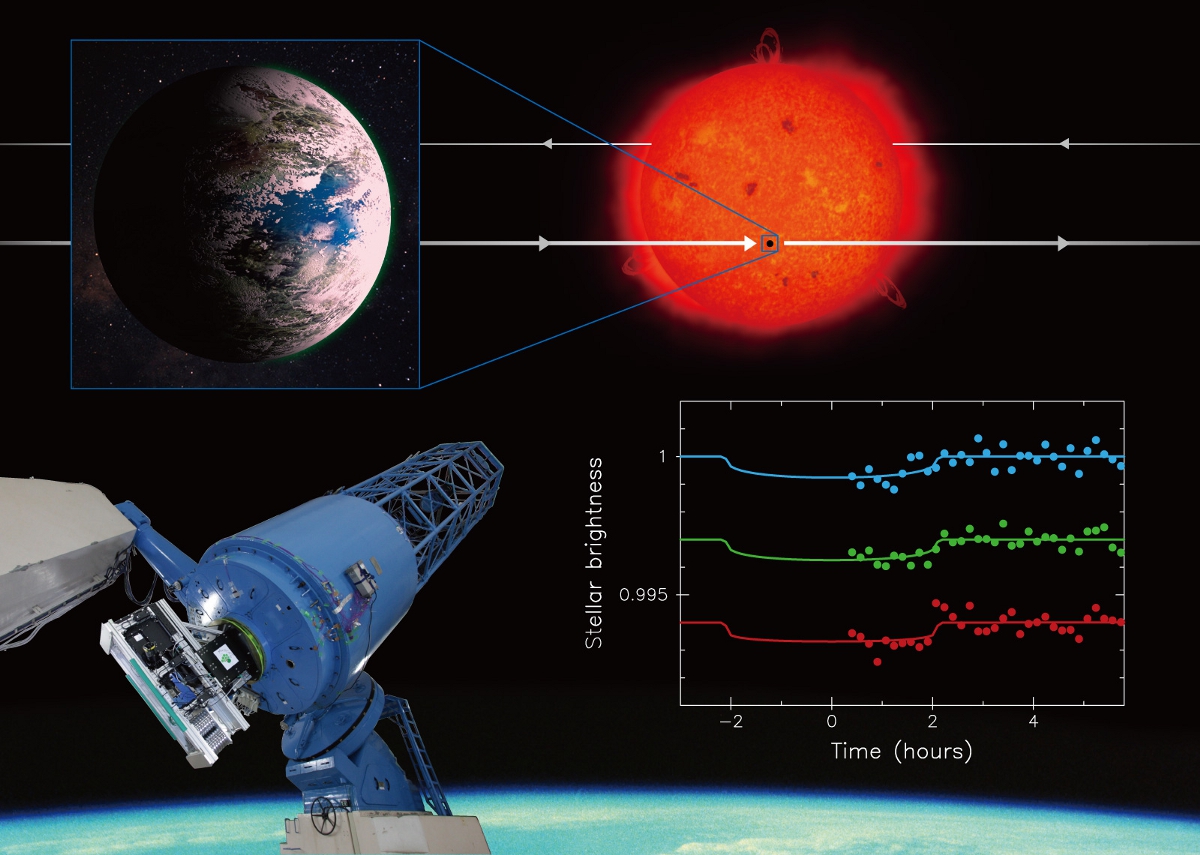 This collage summarizes the research done by the Japanese team. NAOJ