Rocky material has been observed in an object from the Oort Cloud, providing astronomers with an opportunity to study the substances that went into forming Earth and other inner planets. The finding may also help resolve the debate between competing models of solar system formation.

In the far outer reaches of the Solar System lies the Oort Cloud, a region populated by comets, the occasional dwarf planet and, just maybe, a fully sized planet. Sometimes a comet has its orbit disrupted, bringing it close enough to the Sun for us to see. The rest of the time, very little happens, ensuring Oort Cloud inhabitants provide a time capsule of their formation in a way that more active ones do not.

In Science Advances, a team led by Dr. Karen Meech of the University of Hawaii report observations of a comet known as C/2014 S3 (PANSTARRS). As the name suggests, C/2014 S3 was first discovered in 2014, and Meech has subsequently studied it with Chile's Very Large Telescope.

C/2014 S3 turned out to be no ordinary comet when it was spotted near the orbit of Mars. “This object displays a very faint, weak level of comet-like activity, five to six orders of magnitude less than that of typical ice-rich comets on similar orbits coming from the Oort cloud,” the paper reports. “For the nearly tailless appearance, we are calling C/2014 S3 a Manx object [after the breed of tailless cats]."

The authors conclude that what little tail-like material they saw was produced by sublimation, the same process that produces normal tails, but C/2014 S3 has only “a tiny fraction of the water that is expected to be present at its formation distance.” Consequently, they believe, “we may be looking at... Earth-forming material that was ejected from the inner Solar System and preserved for billions of years in the Oort Cloud.” 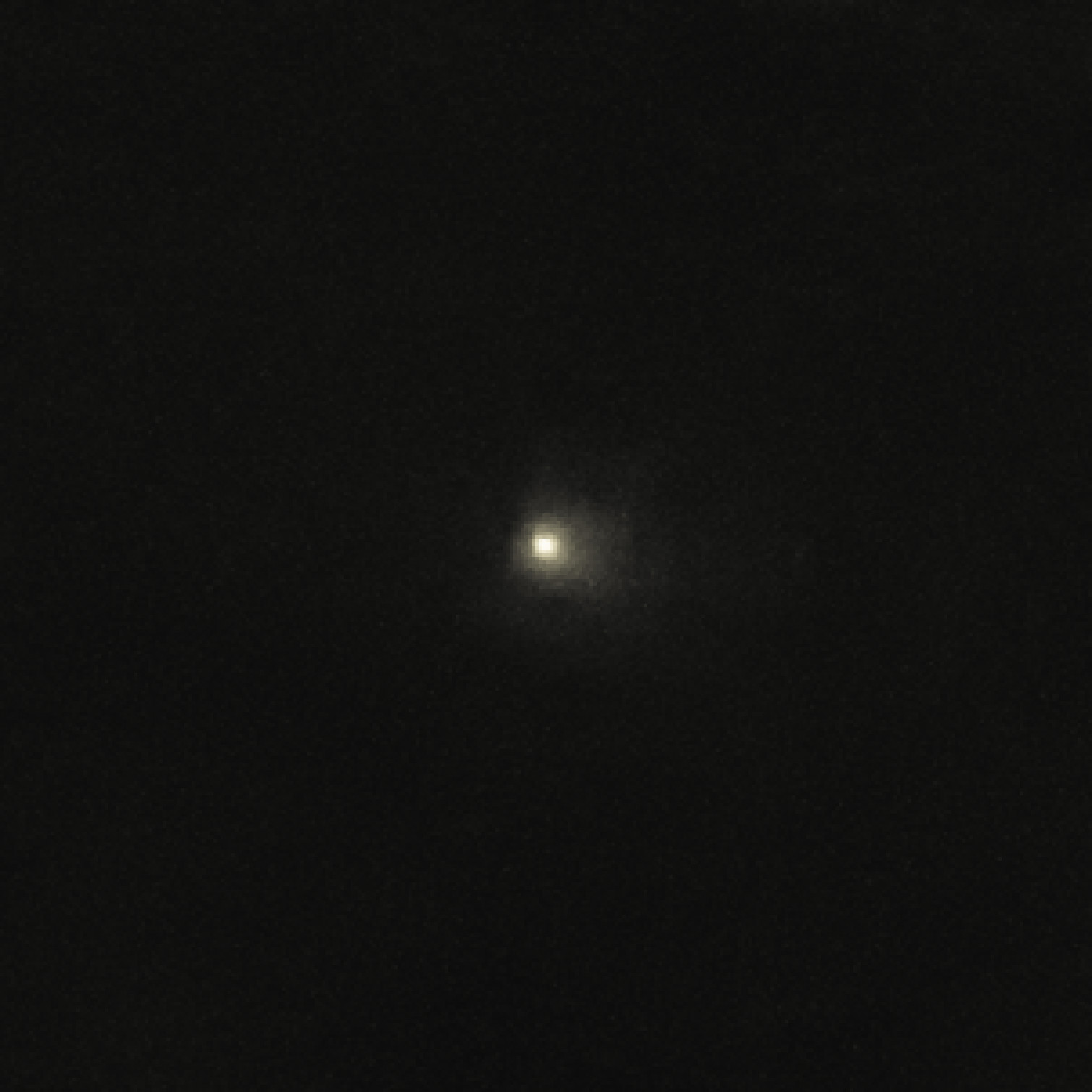 The absence of a tail on C/2014 S3, as seen here by the Very Large Telescope, makes it interesting to astronomers. Meech et al./Scientific Advances

C/2014 S3 is not the first Manx candidate. Meech and her colleagues have studied five others, but she told IFLScience that they had a red spectrum, which suggests a similar composition to extinct comets. This is the first case with a spectrum that resembles that of an S-type inner Solar System asteroid, suggesting this is a long-lost, and probably well-preserved, piece of the inner Solar System. The original Manx, called 1996 PW, was investigated to determine if it was an asteroid that had been ejected from the inner Solar System, or if it was an "extinct" comet – one that after previous passes close to the Sun had lost all the gasses that cause it to form a tail. These two explanations were found to be equally likely.

The authors point out that the “Grand Tack” model of solar system formation has planets moving inward, scattering rocky asteroids to the Oort Cloud in the process, where they would make up 0.1 to 0.2 percent of the inhabitants. Other longstanding models predict somewhat lower or higher values, but a paper last year predicted that almost no rocky material would exist at these distances. On its own, C/2014 S3 may not settle this question, but the authors hope a sample of 50 to 100 such objects would do the trick.