The European bison has always been a bit of an enigma. Smaller and more svelte than their North American cousins, their ancestry is a bit of a quandary as they seem to suddenly appear in the fossil record around 10,000 years ago. Now researchers think they have cracked the riddle.

Helped by depictions in ancient cave art, they suspect the bison may be the result of a rare hybridization event 120,000 years ago between the extinct Steppe bison and ancient auroch, a massive and now extinct ancestor of modern cattle that also lived in Europe during the same period.

To come to their realization, the researchers found something curious when analyzing ancient bison bones.

“What we found very quickly was that the DNA that we were getting back from a subset of bones was clearly not what was meant to be there,” Alan Cooper from the University of Adelaide in Australia, who led the study published in Nature Communications, told IFLScience.

They were expecting that all the bones would belong to the Steppe bison, thought to have been the only species of bison present in Europe from 50,000 to 10,000 years ago.

“Instead we found genetic sequences that matched something we hadn’t seen before, something completely new, but it was related to the modern European bison [also known as the wisent],” said Cooper.

Further analysis of the bones turned up something intriguing. It appears that this new type of bison, never before seen, was the result of a hybridization event between Steppe bison and aurochs.

They found that around 120,000 years ago the two species had mated to form hybrids, which then went back into the bison population for a short period, before becoming themselves genetically isolated. This resulted in a distinct form that contained about 10 percent auroch DNA and 90 percent bison. 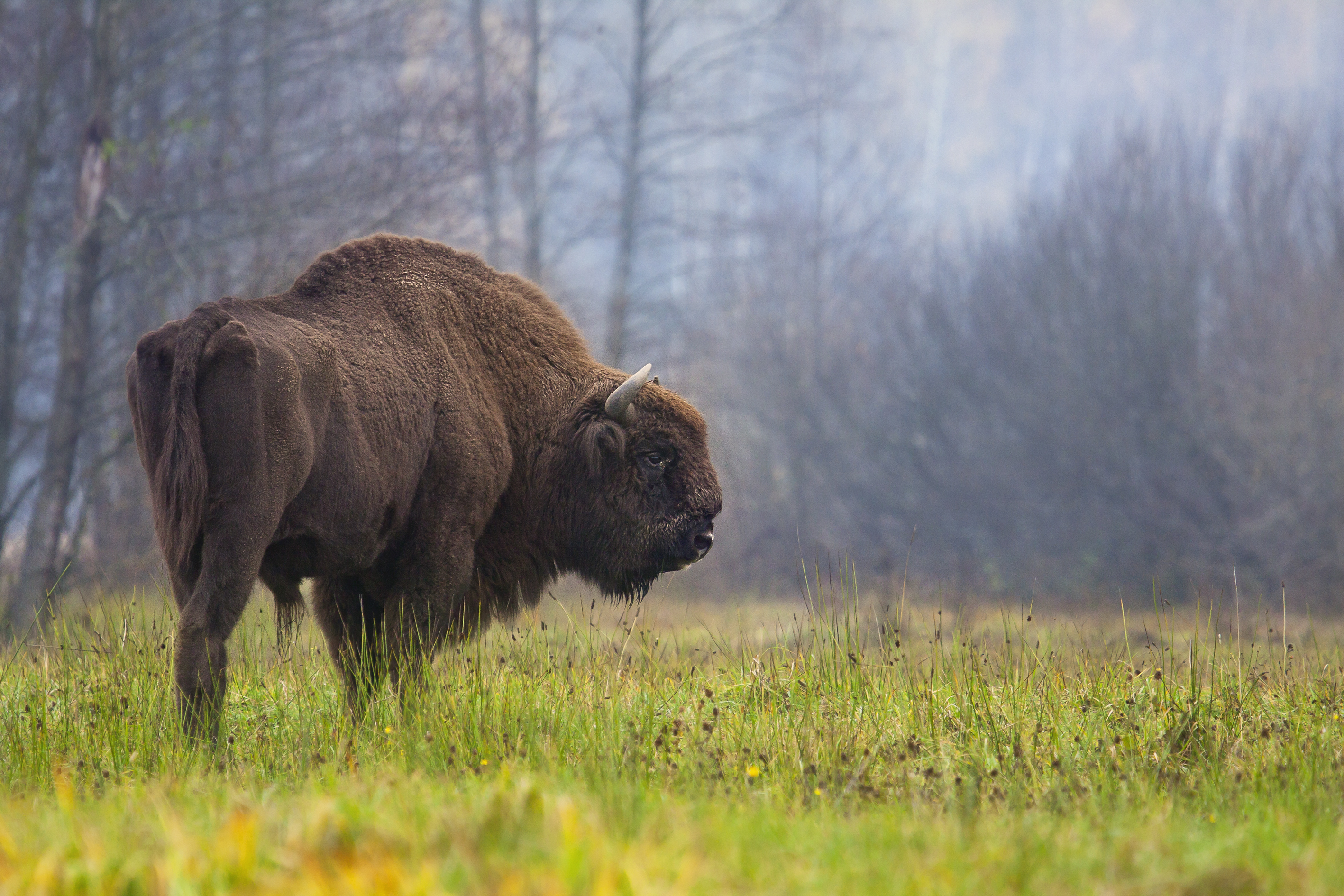 The modern European bison (Bison bonasus), also known as the wisent, was an evolutionary mystery but is now known to look much different to its ancestral form. Rafa? Kowalczyk

How and why they became isolated is still unknown, but Cooper speculates that it could have something to do with filling different ecological niches. They found that as the environment changed between and during ice ages, the dominance between the hybrid and Steppe bison also shifted. But with no full skeleton of the hybrid to confirm this (Cooper is convinced that museums in Europe probably have hybrid skulls on their shelves, they’ve just never noticed), it is difficult to determine exactly what they looked like, and therefore what they ate. 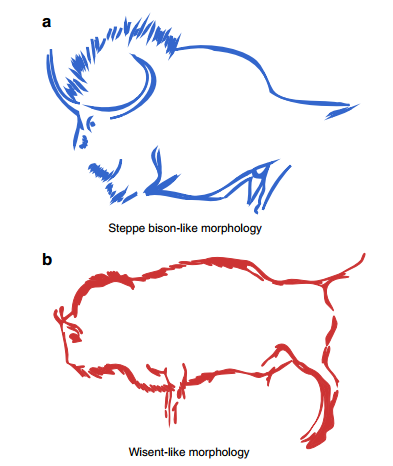 “So we contacted some French researchers who work on cave art,” explained Cooper to IFLScience. “At first we said we were puzzled about this bison we found that seems to be a smaller form, have any of you seen anything weird about bison? And they were like ‘ahh, thank God, someone is finally going to listen to us! Because we’ve been telling our colleagues for years that there are two different forms of bison in the cave art, and no one believed us.’”

It turns out that in the paintings on the wall of caves in France, there are two separate forms of bison: one with “great big shoulders and a tiny arse,” which is thought to represent the larger Steppe bison, and the other “more rectangular form” that is indicative of the hybrid, and subsequently European bison.

Not only that, but the dates from when the ancient artists daubed the cave walls with these images almost perfectly matches the radiocarbon dates of when the hybrid form started to take dominance. Humans living and hunting in Europe around 20,000 years ago likely knew the difference between the two species, and accurately recorded them in great detail.

So it seems that the fossil evidence for the origin of the European bison was there all along, it’s simply that the modern, living decedents now look so different from the ancient form that people never realized it. Even more amazingly, it seems that they are the result of a rare mammal hybridization event that actually gave rise to a full species, and that this was recorded in ancient rock art.

Image in text: A comparison of the Steppe bison (top) and European bison or wisent (bottom). Cooper et al