Every time artificial intelligence (AI) beats a human in something, the world cries “Skynet” and assumes the robot takeover is about to happen. Whereas we definitely don’t have to worry about that happening anytime soon, a new AI has wandered onto the stage and, for once, a Terminator film series-inspired machine revolution appears to be somewhat possible.

Writing in the Journal of Defense Management, a team of researchers describe how their AI – dubbed “ALPHA” – has recently bested its most formidable opponent, retired United States Air Force Colonel Gene Lee, in a series of war games.

Specifically, this AI was designed to engage in simulated air combat against human opponents, and this particular ranking officer has considerable aerial combat experience. Impressively, or perhaps worryingly, the colonel was defeated each and every single time they ran a simulation. Not only was he unable to score a kill against the virtual, ALPHA-piloted planes, but he was shot out of the sky every single time.

Most significantly of all, this AI managed all this using no more processing power than the $35 Raspberry Pi, a popular off-the-shelf, basic computer. Although most advanced AIs are expected to make long-term choices using vast amounts of processing power, ALPHA uses something called “Genetic Fuzzy Tree” logic that recognizes which variables in the environment are immediately important and only acts on those. Ultimately, each incremental decision only requires a modicum of processing power. 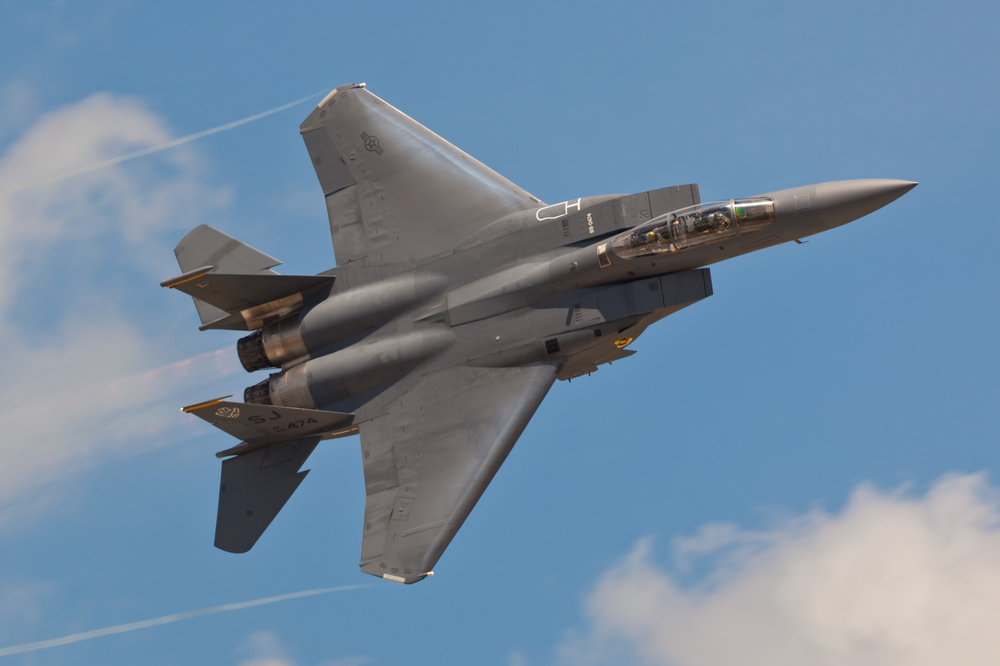 Is AI the future when it comes to warplanes? If you think the moral and ethical debate over current drones is intense, wait until ALPHA gets a hold of one of these. Chris Parypa Photography/Shutterstock

This AI is ultimately designed to pilot warfare-equipped drones, also known as Unmanned Combat Aerial Vehicles (UCAVs). It looks like that program is well on its way, with Lee describing ALPHA in a statement as “the most aggressive, responsive, dynamic and credible AI I’ve seen to date.” Although it is constantly learning from its errors, ALPHA is already so advanced that it can assess and choose from up to 250 flight actions before any human combatants have even blinked.

Developed by a team headed by Nick Ernest, president and CEO of Psibernetix Inc. and former doctoral student at the University of Cincinnati, ALPHA also has the backing of various research institutions, including the Air Force Research Laboratory, and it’s not difficult to see why.

ALPHA, somewhat like the similarly named but unrelated AlphaGo that trounced humanity in games of the board game Go a few months back, learned from its previous mistakes by constantly playing against other flight combat AIs. Since besting Colonel Lee, it has gone on to defeat other human flight combat experts, even when its virtual aircraft are deliberately sabotaged to have malfunctioning sensors, smaller missile capacities, sketchy turning, and lower top speeds.

“I was surprised at how aware and reactive [ALPHA] was. It seemed to be aware of my intentions and reacting instantly to my changes in flight and my missile deployment,” Lee added. “It knew how to defeat the shot I was taking. It moved instantly between defensive and offensive actions as needed. Until now, an AI opponent simply could not keep up with anything like the real pressure and pace of combat-like scenarios.”

A calm-looking Colonel Lee in the simulator. uofcincinnati via YouTube

Assuming a human failsafe is always available during flight, perhaps via a pilot observing within a command center on the ground, then warplanes controlled by ALPHA could hypothetically outmaneuver and outperform human opponents in combat with no threat of a loss of life on the friendly side of the battle. If this AI is able to be programmed to cooperate with human-piloted aerial teammates, then it’s entirely possible that the US Air Force of the future will be placed firmly within the hands of the machines.