There's evidence that tripping on magic mushrooms could actually free the mind.

Still, because they're classified as Schedule 1 — meaning they have "no accepted medical use" and are illegal — it's been pretty tough for scientists to tease out exactly what they can and can't do.

Here are a few of the ways we know shrooms can affect your brain and body:

Shrooms can make you feel good. 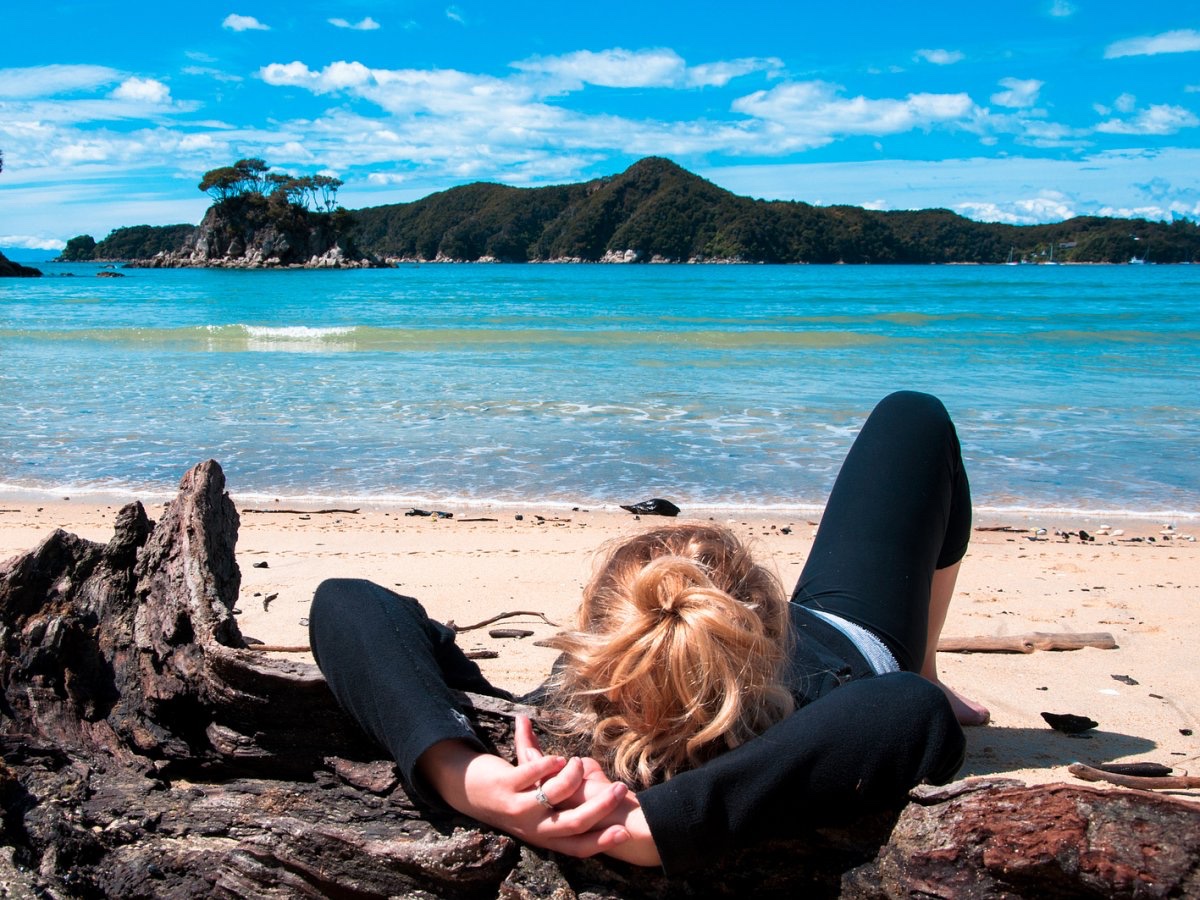 According to the National Institute on Drug Abuse, magic mushrooms can lead to feelings of relaxation that are similar to the effects of low doses of marijuana.

Like other hallucinogenic drugs, such as LSD or peyote, shrooms are thought to produce most of their effects by acting on neural highways in the brain that use the neurotransmitter serotonin, according to the National Institute on Drug Abuse. More specifically, magic mushrooms affect the brain's prefrontal cortex, part of the brain that regulates abstract thinking, thought analysis, and plays a key role in mood and perception.

They can also make you hallucinate. 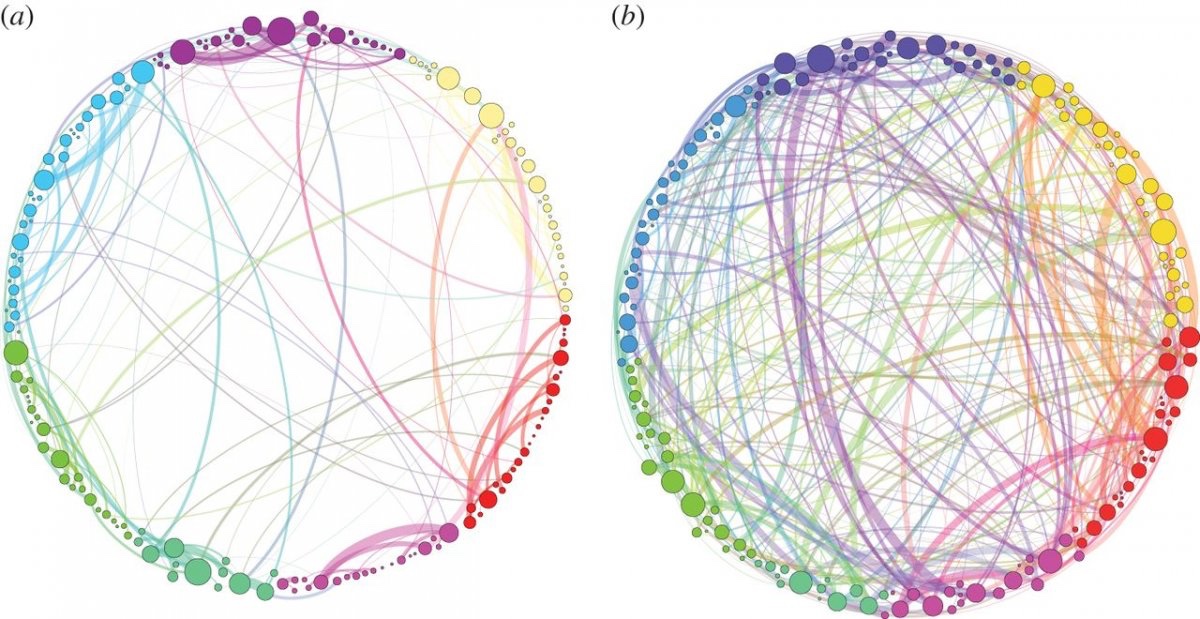 Visualization of the brain connections in a person on psilocybin (right) and in someone given a placebo (left).Journal of the Royal Society Interface

Many users describe things like seeing sounds or hearing colors. A 2014 study was one of the first to attribute this effect to the way psilocybin affects communication across brain networks.

In people injected with 2 milligrams of the drug, researchers saw new, stronger activity across several regions of the brain that normally rarely or never engage in such "cross-talk." To visualize what they were seeing in the people given the drug (as opposed to those given a placebo), the researchers created the representation above.

These hallucinations may be key to understanding how shrooms could help ease depression. 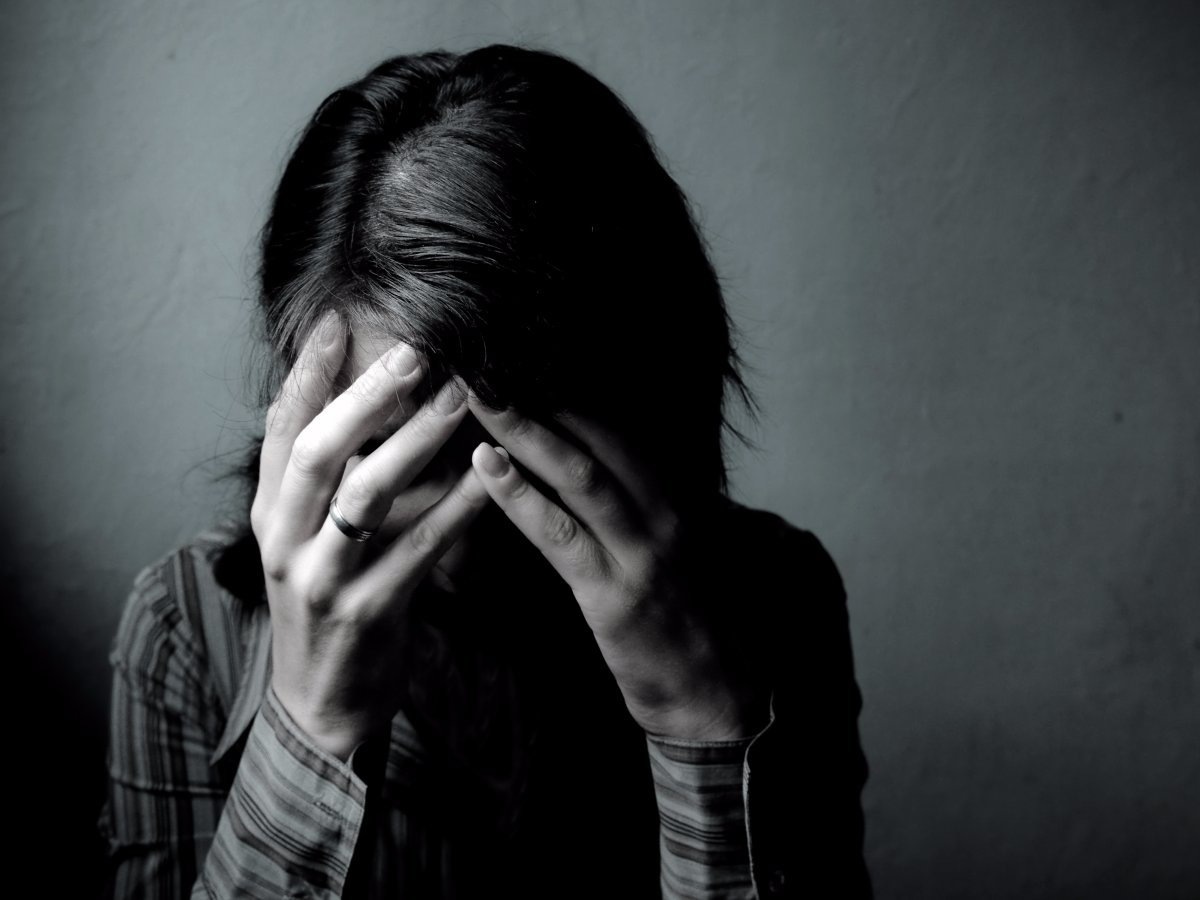 Imperial College London neuroscientist David Nutt, who authored a 2012 study on psilocybin, also found changes in the brain activity patterns of people on the drug. While some areas became more pronounced, others were muted — including in a region of the brain thought to play a role in maintaining our sense of self.

In depressed people, Nutt believes, the connections between brain circuits in this sense-of-self region are too strong. "People who get into depressive thinking, their brains are overconnected," Nutt told Psychology Today. But loosening those connections and creating new ones, the thinking goes, could provide intense relief.

A five-year study of the drug suggests it could work "like a surgical intervention" for mental illness.

Results from two controlled clinical trials of the effects of psilocybin on patients dealing with depression and distress related to facing the end of life suggest that a single dose of the drug could one day be a powerful tool for treating depression and anxiety.

Six months after the experience, 80% of the Johns Hopkins participants showed significant decreases in symptoms of depression and anxiety, as measured by what's considered a gold standard psychiatric evaluation. The NYU team says that between 60% and 80% of its participants had similarly reduced anxiety and depression 6.5 months after a single psychedelic trip, as my colleague Kevin Loria reported

Some researchers think shrooms could also help relieve anxiety after they're used.

For a New York University study looking at how the drug might affect cancer patients with severe anxiety, researchers observed the effects of psilocybin on volunteers who received either a dose of psilocybin in pill form or a placebo. A re-enactment of the procedure is shown in the photo above.

Nick Fernandez, a 2014 participant, says his trip took him on an emotional journey that helped him see "a force greater than [himself]," he told Aeon Magazine. "Something inside me snapped," and I "realize[d] all my anxieties, defenses, and insecurities weren't something to worry about."

NYU psychotherapist Jeffrey Guss told the New Yorker that many partipants experienced a similar result, and added that "We consider that to be part of the healing process."

But you might also feel anxious — at least while you're on the drug. 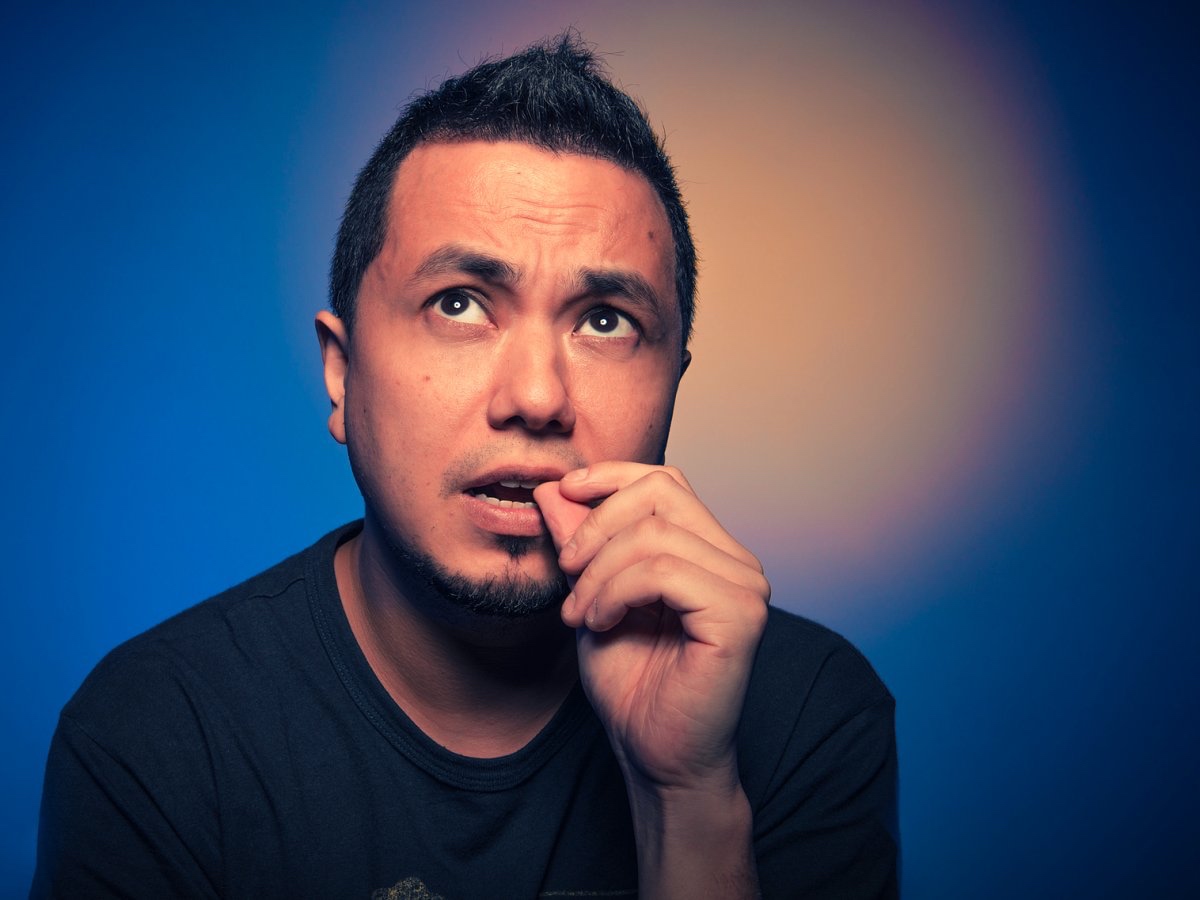 In many of the case reports from the NYU study, particpants reported experiencing intense anxiety and discomfort — ranging from a few minutes to a few hours — during their trip. It was only afterward that some said they began to feel a sense of relief; and even this experience may vary significantly for each person.

Your pupils may also dilate.

Increased levels of serotonin, which can be a result of using shrooms, can dilate your pupils.

Feeling as though time has been slowed down is one of the side-effects of using shrooms, according to the National Institute on Drug Abuse.

You may have an out-of-body experience. 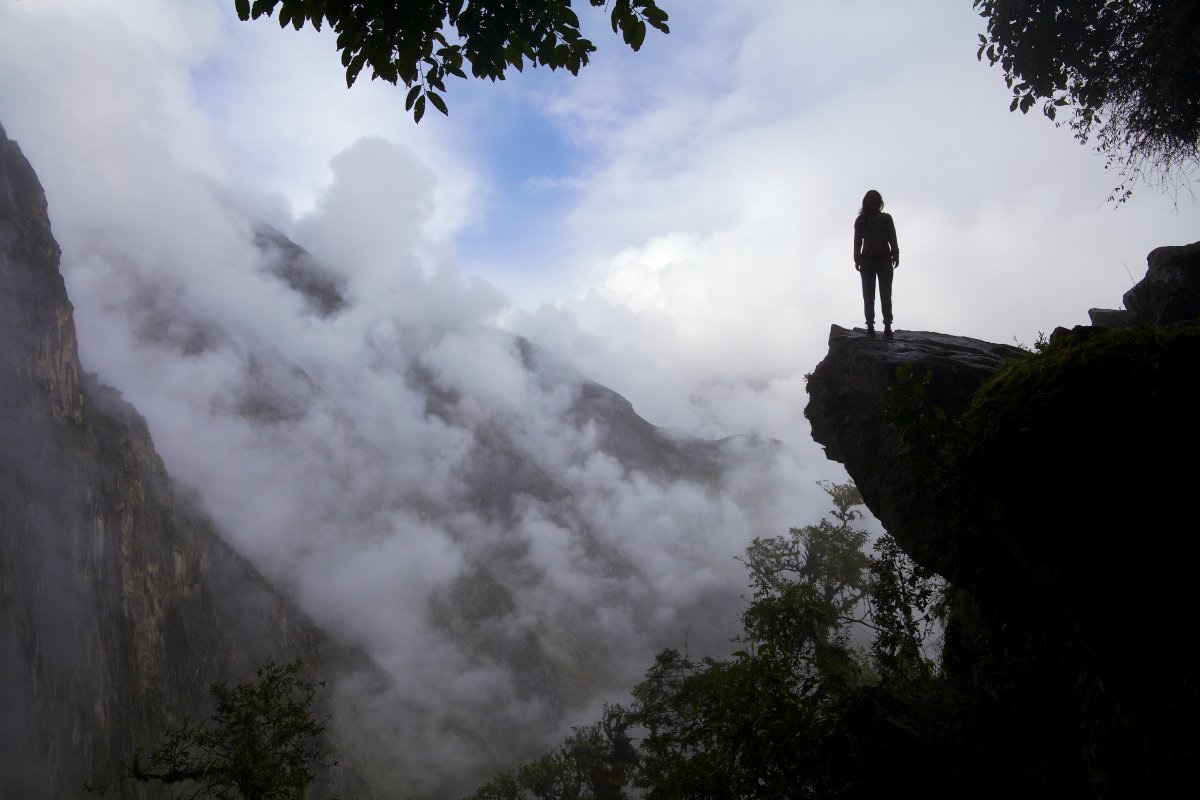 Shrooms can induce experiences that seem real but aren't. These types of out-of-body experiences, in which users might observe a version of themselves, typically begin 20 to 90 minutes after injesting the drug and can last as long as 12 hours, according to the National Institute on Drug Abuse. Experiences can vary based on how much you take, as well as by your personality, your mood and even your surroundings.

After Johns Hopkins psychologists induced out of body experiences in a small group of healthy volunteers dosed with psilocybin, the participants said they felt more open, more imaginative, and more appreciative of beauty.

When the researchers followed up with the volunteers a year later, nearly two-thirds said the experience had been one of the most important in their lives; close to half continued to score higher on a personality test of openness than they had before taking the drug.

Some users have reported lingering hallucinatory perceptions that may be linked with a rare disorder called HPPD.

Since the 1960s, there have been scattered reports of something called hallucinogen persisting perception disorder — when hallucinations continue long after someone's taken a hallucinogenic drug, typically LSD. (There are also some anecdotal reports of it from people who've used shrooms).

Scientists still have yet to come up with a strict definition of HPPD, but Dr. John Halpern, an assistant professor of psychiatry at Harvard Medical School and lead author of the most recent review of HPPD, told the New Yorker that “it seems inescapable,” based on twenty related studies dating back to 1966, “that at least some individuals who have used LSD, in particular, experience persistent perceptual abnormalities reminiscent of acute intoxication, not better attributable to another medical or psychiatric condition."