Back in 1980, the World Health Organization officially declared that one of the deadliest diseases in human history, smallpox, had been eradicated. This marked the first time that a disease had been completely eliminated from the planet. Achieving this was certainly no mean feat. It took an enormous collaborative effort, mostly involving global vaccination campaigns, surveillance and prevention measures.

Now, amazingly, humanity is tantalizingly close to eradicating the second ever human disease from the planet, and you might not have even heard of it: Guinea worm disease.

Although it’s rarely lethal, which could be why it has not received the attention that it deserves, Guinea worm disease, or dracunculiasis, is utterly horrific and can be permanently debilitating. Humans pick up the infection when they drink water contaminated with larvae of the parasitic nematode worm Dracunculus medinensis, or the “Guinea worm.” The larva then bores through the intestinal wall and grows inside the body for around a year, reaching lengths of up to 80 centimeters. 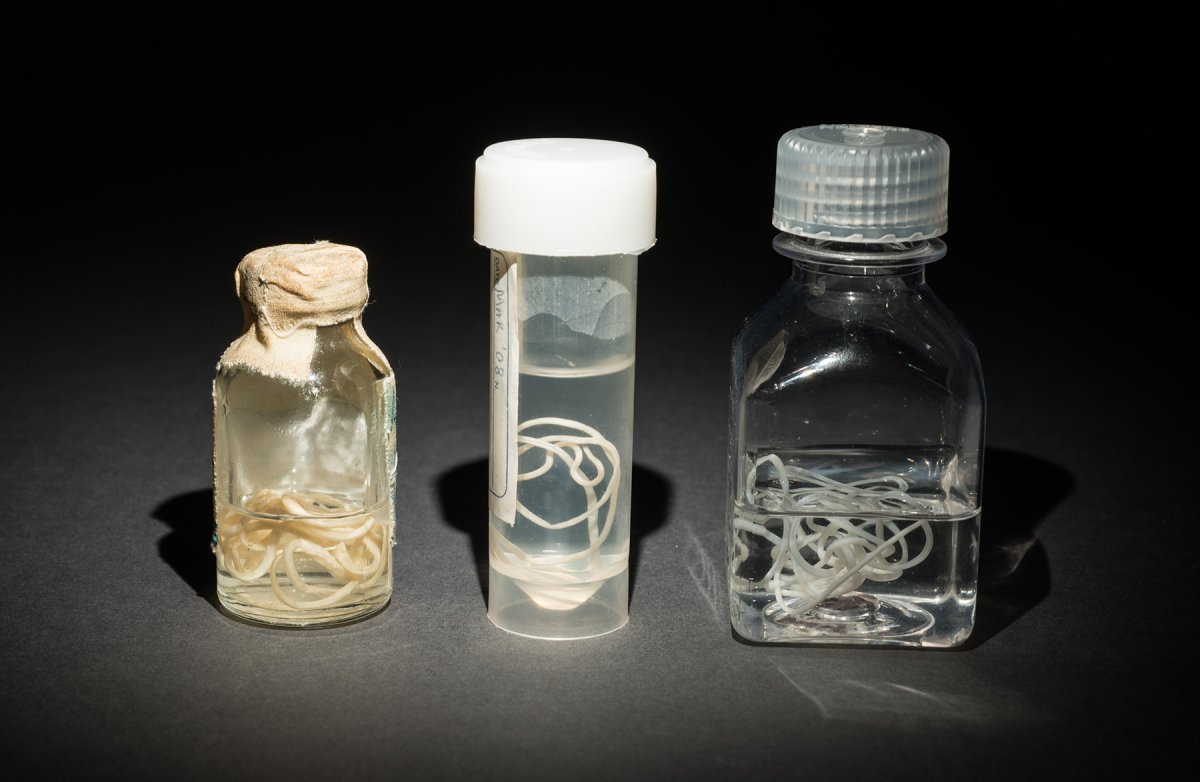 The worm then migrates through the muscle before emerging, usually from the feet, through an extremely painful blister. The agonizing process can take up to 30 days, during which the infected person will often try to relieve the burning pain by immersing the affected area in water, which actually releases the worm’s eggs and re-starts the infectious cycle.

Witnessing this first-hand back in the ‘80s during a trip to Ghana was more than enough to spur former US President Jimmy Carter into action. “I saw a young woman holding a baby in her arms… But it was not a baby—it was her right breast,” said Carter. “It was [swollen to] about a foot long. And coming out of the nipple of her breast was a Guinea worm.” The woman had a total of 11 worms in her body. It was this unforgettable scene that drove him to establish a new mission for his nonprofit Carter Center foundation: the eradication of Guinea worm disease.

In 1986, there were more than 3.5 million cases of Guinea worm worldwide, and the disease was endemic in almost 24,000 villages across 21 Asian and African countries. Now, thanks to three decades of hard work, there are only 126 cases left, the Carter Center announced this week during a new exhibit at the American Museum of Natural History called "Countdown to Zero: Defeating Disease." Furthermore, only it is now only endemic in 30 villages in four countries, all of which are in Africa. If this trend continues, dracunculiasis will soon become the first parasitic disease to be eradicated, and the first to be eliminated without vaccines or medicine. 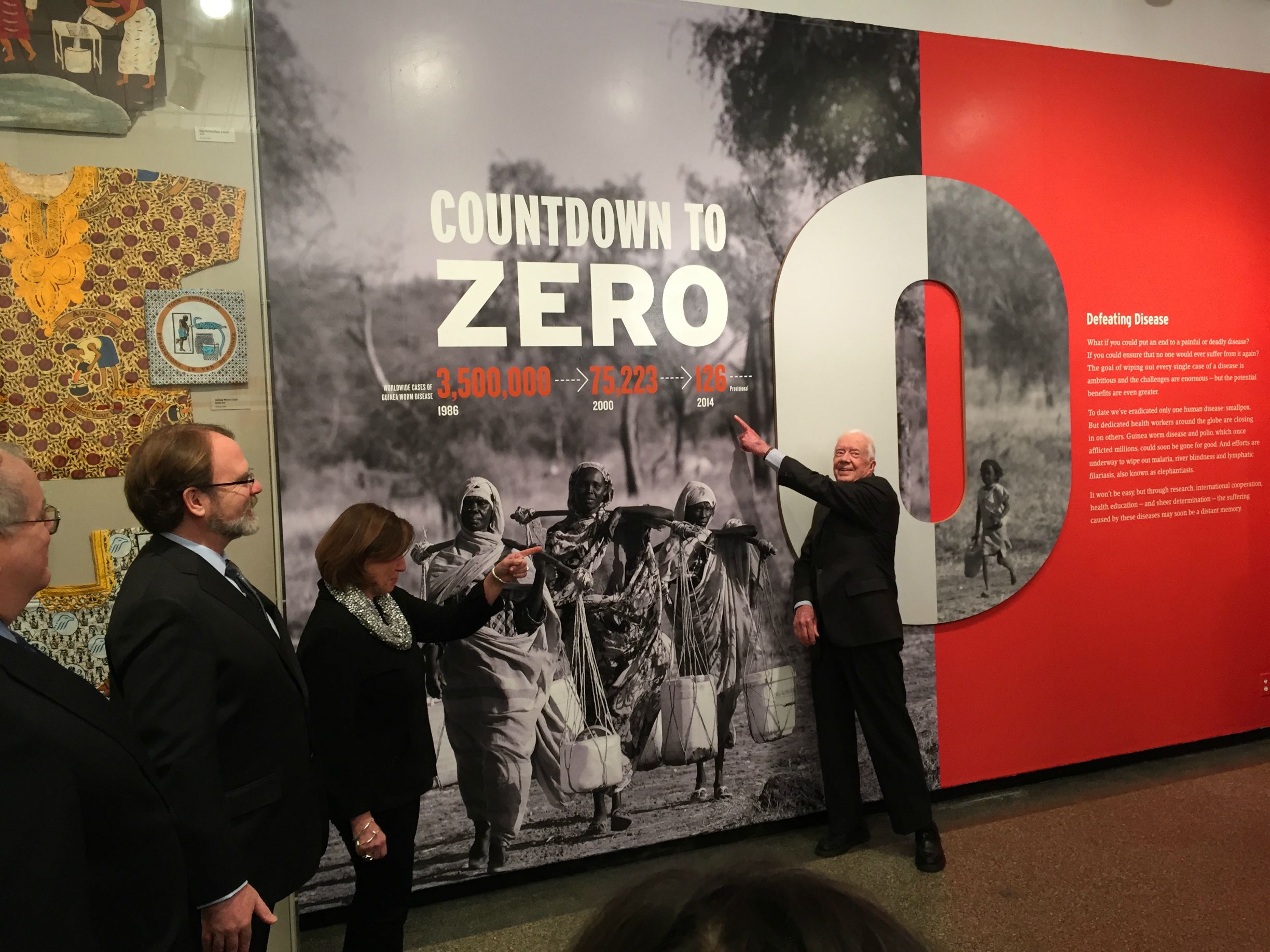 Dracunculiasis is an ideal candidate for eradication because it is only transmitted by one route, and if this can be interrupted, infection can be stopped. The strategy was therefore a simple one: educate villagers in affected areas and distribute cheap filters that people can use to eliminate the parasites from drinking water. The devices consisted of cheap plastic tubes fitted with a steel mesh filter that can be carried around and used anywhere. $100 rewards were also offered to people who reported cases of the disease, which is a huge amount in many villages. 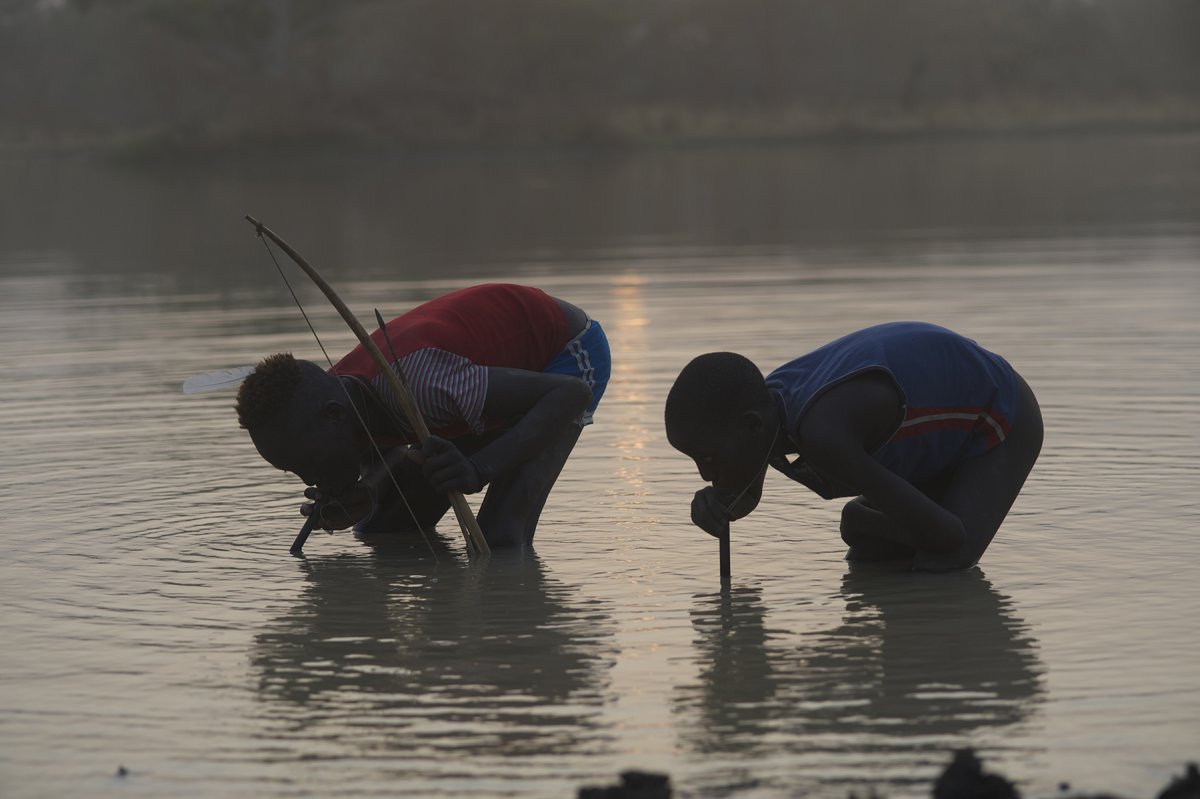 While eradication seems within our grasp, there is still plenty of work to be done, and many of the remaining cases are in rural or challenging areas affected by conflict.