A new font is making waves as it apparently makes your text appear 10 percent larger – something that might be music to the ears of students writing essay papers.

It’s called Times Newer Roman, and it was released online by the marketing firm MSCHF. On a website announcing the font, they say it will result in 13 percent fewer words per page than regular Times New Roman.

“Times Newer Roman is designed to add length to any academic paper that has page requirements and also requires the use of Times New Roman,” the website explains.

To achieve this optical illusion of the written word, the letters in this new font are slightly widened, while the spaces between the letters are also made bigger without changing the height of the letters. Punctuation is also increased by 15 percent to spread out the text a little bit. 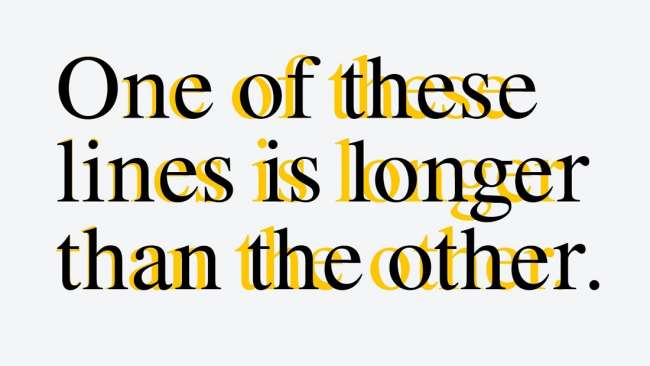 But in order to make it unnoticeable, they used a pretty clever tactic of only altering the “x-height” of each letter, as ScienceAlert notes. This is the distance between the baseline and the top of the lowercase letter x. This makes each letter subtly take up a bit more space.

Speaking to Buzzfeed News, the brains behind the project – Gabe Whaley – said he was inspired to make the font after procrastinating while he was a student.

“In a way, this is also a statement about the discrepancy between how school sets you up for life afterwards,” he said. “In real life, brevity is king, and being able to articulate clear thoughts in fewer words is powerful."

There is one caveat, though. If you’re emailing over a Word document and your professor doesn’t have Times Newer Roman installed, then it will just appear as Times New Roman – lack of words and all. It will work if you print it out though.

So if you really want to dupe your way to a degree, then hey, why not give Times Newer Roman a go. But if you want to make it honestly without cheating, then just forget this was ever invented. Sucker.