The ultracool dwarf star TRAPPIST-1 may just be our best bet for finding life outside the Solar System. Located 40 light-years away, the star has seven rocky planets in orbit, three of which might be habitable.

The discovery of the planets was made with NASA’s Spitzer Space Telescope and other ground telescopes. Such is the excitement that NASA directed its Kepler spacecraft to observe the system from December 15, 2016, to March 4, and the data from those observations has just been made public.

The raw data will be used by astronomers to study the system and refine measurements of the planets, including their orbits and sizes. It should also provide data on the seventh planet in the system, TRAPPIST-1h, of which the orbital period and mass is not yet fully known. Note, this won't give us much more information on the habitability of the planets for now, though.

"Providing the K2 raw data as quickly as possible was a priority to give investigators an early look so they could best define their follow-up research plans,” said Geert Barentsen, K2 research scientist at NASA's Ames Research Center at Moffett Field, California, in a statement. “We're thrilled that this will also allow the public to witness the process of discovery."

Routine processing of the data is expected to continue until late May. Kepler observed the system for 74 days of monitoring, enough to see multiple transits of the planets in the system, which have orbital periods ranging from 1.5 to about 20 days. 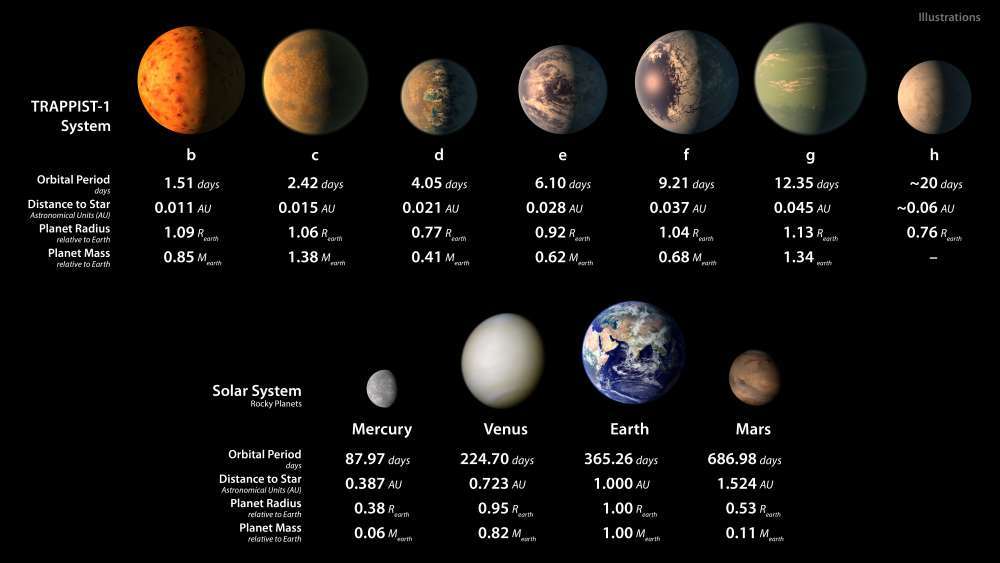 Some of the TRAPPIST-1 planets might have liquid water on their surfaces. NASA/JPL-Caltech

The campaign to study TRAPPIST-1 is fairly new. Kepler was originally scheduled to look at a different patch of sky, but when the initial discovery of three planets in TRAPPIST-1 was announced in May 2016, the telescope’s observations were shifted to this system. The discovery of an additional four planets, announced last month, has made the observations all the more enticing.

Kepler is currently in its K2 Campaign, with this being its 12th observation period. K2 denotes the time after two of Kepler’s reaction wheels used to point the telescope at stars failed, and scientists came up with a novel workaround to prolong the mission. Kepler now uses the Sun’s rays to move in one axis, with two reaction wheels still operational.

Using this latest data, scientists hope to learn more about the TRAPPIST-1 planets ahead of more in-depth observation campaigns in the future. This may include using the James Webb Space Telescope (JWST) to study the atmospheres of the planets – and maybe find out if they can support life.