Eastern Europe is famous for its undead population, so it’s hardly surprising that Polish mortals were particularly fearful of vampires back in the Middle Ages. And while most people in the region have now got over their suspicions and superstitions, archaeologists working near the village of Górzyca have unearthed evidence of the great lengths that locals once went to in order to eradicate evil monsters.

Digging up graves dating back to the 13th and 14th centuries, the team discovered three corpses that appear to have been considered vampires. All three had been mutilated in some way, and exhibited holes in their spines that suggested they had been nailed down in order to prevent them from rising again. 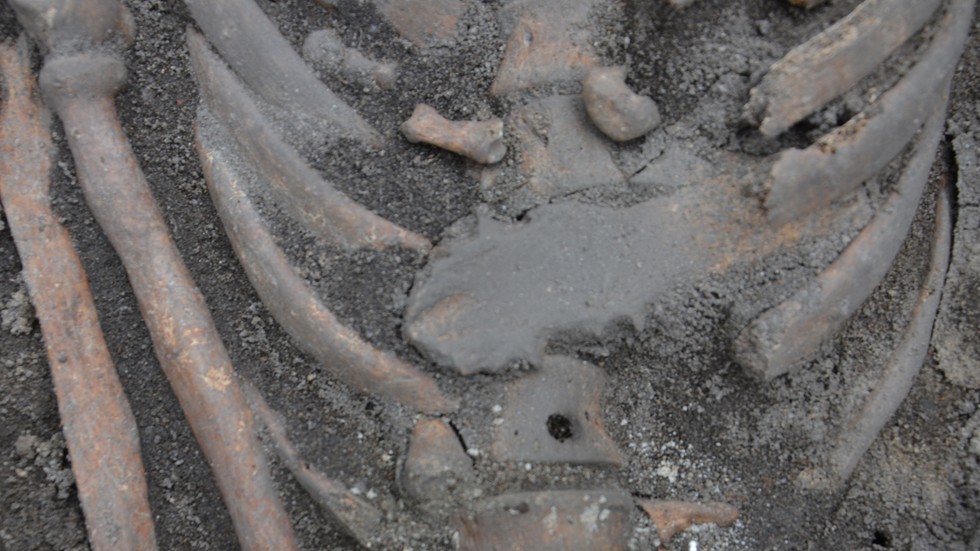 All three supposed vampires had holes in their spines, apparently caused by people nailing them to the ground to prevent them from rising again. Krzysztof Socha

One of the skeletons belonged to a woman who the scientists think may have suffered from a condition called kyphosis, which is characterized by a hunching of the back and may have given her a startling posture that could have caused others to fear her.

While this isn’t conclusive proof of vampirism, locals weren’t taking any chances, and made sure to break her knees before burying her face-down and pinning her in place.

Archaeologist Krzysztof Socha, from the Museum of Fortress Kostrzyn, told Seeker that a man buried nearby may also have suffered from kyphosis, and had been decapitated. 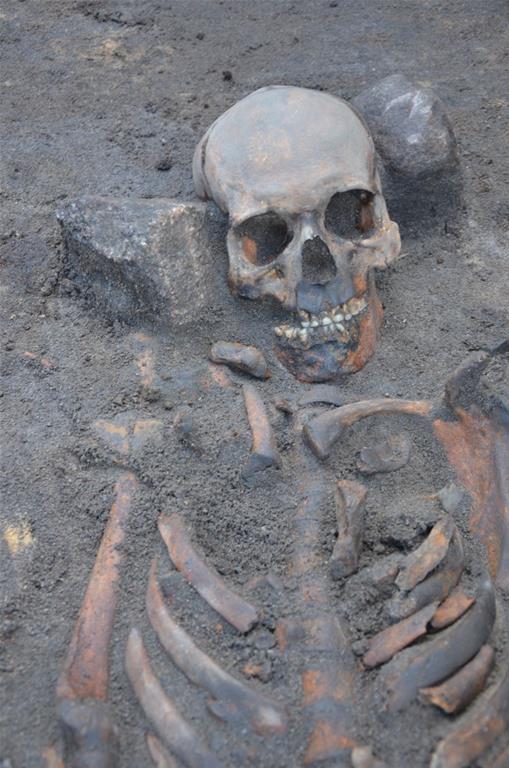 One of the bodies was buried with its head wedged between two stones. Krzysztof Socha

A third body, also belonging to a man, was found with its head wedged between two stones, which was probably another technique to prevent the corpse from rising.

The graves were all found on the perimeter of a cemetery, and were clearly given special treatment in comparison to the rest of the bodies, all of which were buried along an east-to-west axis with their hands neatly crossed on their chests or placed by their sides.