A 42 year old man was electrocuted while working as an electrician. The development of cataracts in the aftermath wasn’t completely unexpected, but the fact that the cataracts took on a star-shaped appearance was. The short case study about this man’s injury was documented by Bobby Korn and Don Kikkawa of the University of California, San Diego and was published in the New England Journal of Medicine.

During a workplace accident the man was slammed with 14,000 Volts in his left shoulder. In addition to his other injuries, he developed the star-shaped cataracts. Normally, cataract surgery would have been enough to restore his eyesight, but he sustained a bit of damage to his retina and optic nerve, resulting in permanent blindness. His doctors were able to rehabilitate his eyes very slightly and he is able to do some things independently, like navigate public transportation.

Cataracts are cloudiness that accumulates in the lens of the eye. The now-opaque lens has lost its ability to properly focus light onto the back of the eye on the retina, which decreases vision. It is typically treated with surgery.

The star-shape indicates what is known as a stellate cataract. This type of cataract is not uniformly cloudy, and white fractal patterns typically serve as a boundary. Trauma can also produce rosette cataracts, which take on a flowery or feathery appearance. These types of irregular cataracts can form right away, though in some cases it can take a couple of years before eyesight is impacted.

These cataracts are formed when the eye has been penetrated, experiences blunt force trauma, or is injured indirectly, as in the case of our electrician or a concussion. The shockwave causes injury in the cortex or capsule of the lens, which may be why the cataracts did not develop uniformly. 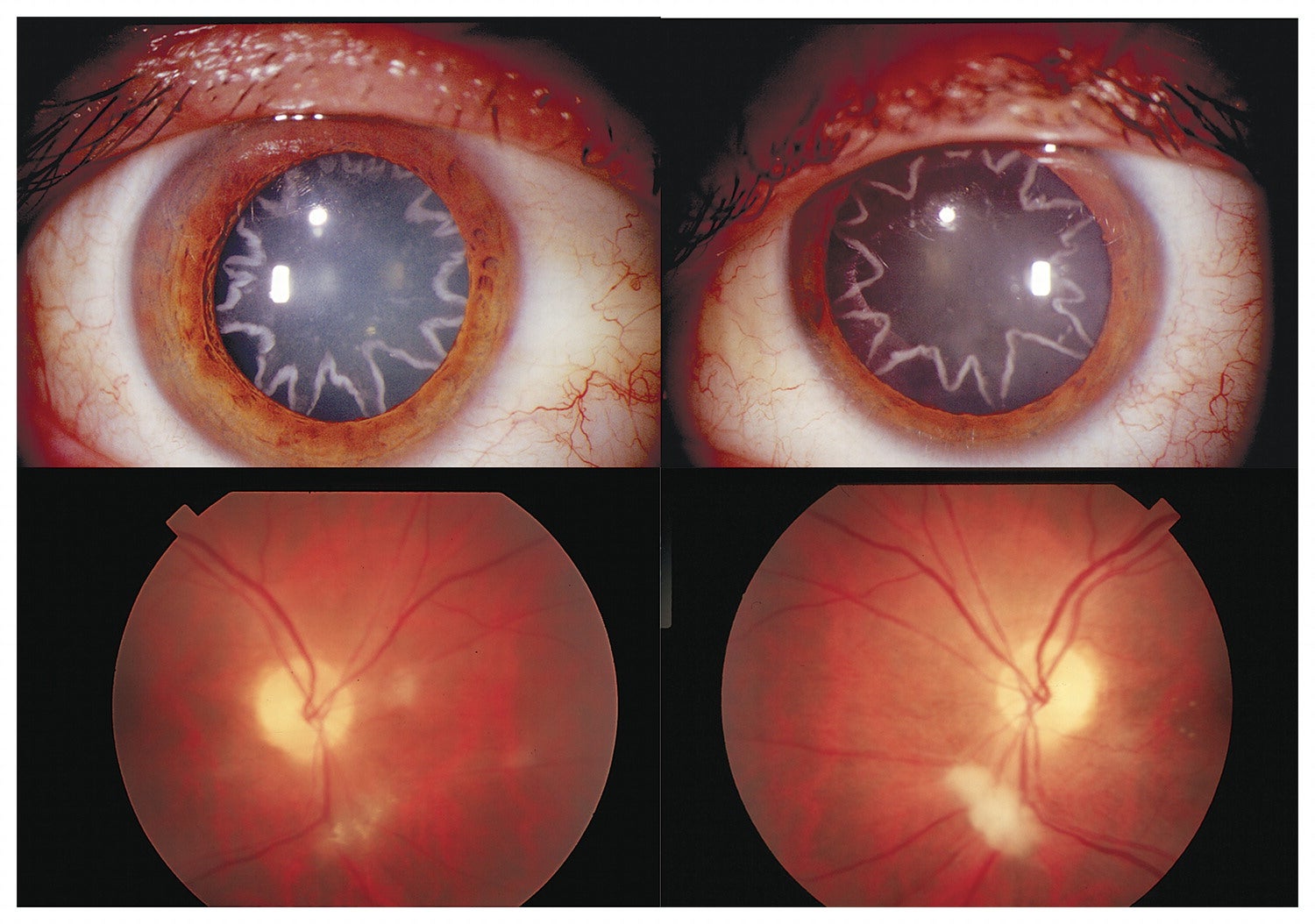