With all great ape species now listed as either endangered or critically endangered, it seems our closest relatives are slipping ever nearer to extinction. Habitat loss and hunting are the main drivers for this, but so is the illegal trade in live apes. Now, a more detailed analysis of the illegal trade has revealed that the extent of the live trafficking of great apes is far worse than previously thought.

The newly announced Ape Seizure Database, launched this week at the CITES Conference of the Parties by the conservation group Great Apes Survival Partnership (GRASP), aims to fully document all illegally traded apes confiscated around the world. Previously, only apes that were seized in a country that was not their origin were recorded, but with 90 percent of all seizures taking place within their native ranges, this vastly underestimated the true extent of the trade.

“For too long, the illegal trade in great apes was anecdotal, and therefore difficult to judge in terms of scale and scope,” explained Doug Cress, program coordinator of GRASP. “But with the Apes Seizure Database, the numbers are plain to see. It doesn’t take long to identify areas of concern in Africa or Asia, or recognize that critically endangered species are in extreme danger.”

They found that since 2005, roughly 1,800 orangutans, chimpanzees, gorillas, and bonobos were confiscated in 23 different countries around the world, accounting for around two apes per week. This may not sound like many, but the majority of these are infants, and the way in which these animals are taken from the wild means that the full scope of the issue is far more shocking and far more extensive. 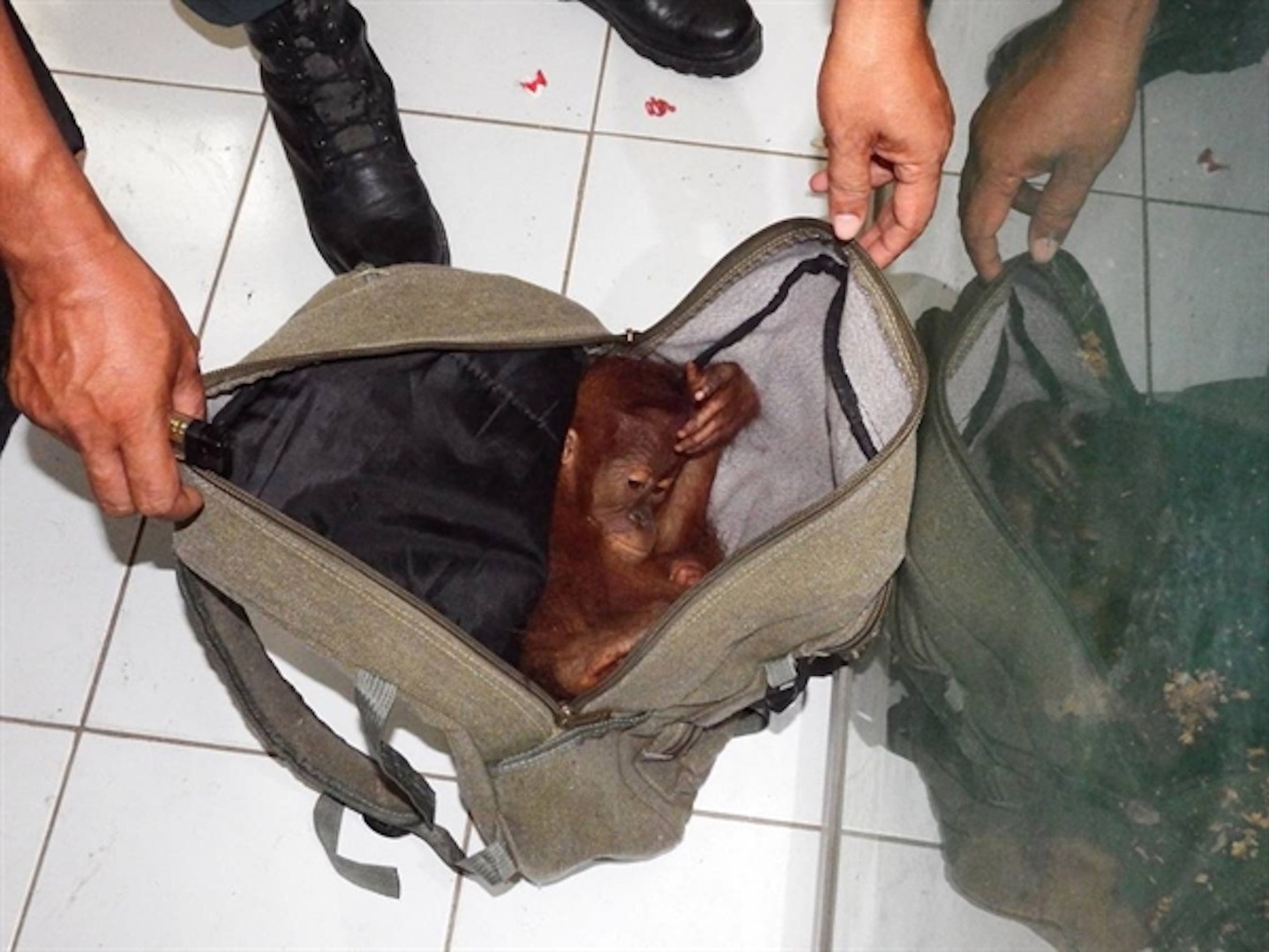 The apes can be smuggled in the overhead lockers on passanger flights. WCS/GRASP

To get one gorilla infant, it is thought that around four adults will have been killed as they rush in to protect their offspring, and to get a single chimpanzee up to 10 adults will have died. Orangutans, which make up 67 percent of all seized apes, are often captured when they are fleeing the rainforest as it is being burnt and chopped down to clear land for palm oil and pulp and paper plantations. Not only that, but it is generally accepted that officials only ever find 10 percent of all contraband trafficked. This means that the real figures of apes being killed and traded is shockingly high.

When caught, the infants are often smuggled – sometimes in hand luggage on airplanes – to the Middle East and further on to Asia, where they can fetch high prices. A baby chimp, for example, could sell for up to $30,000 while an infant gorilla will command a price of $45,000. By fully documenting the real scale of this trade, it is hoped that more can be done to secure the future for all great apes. 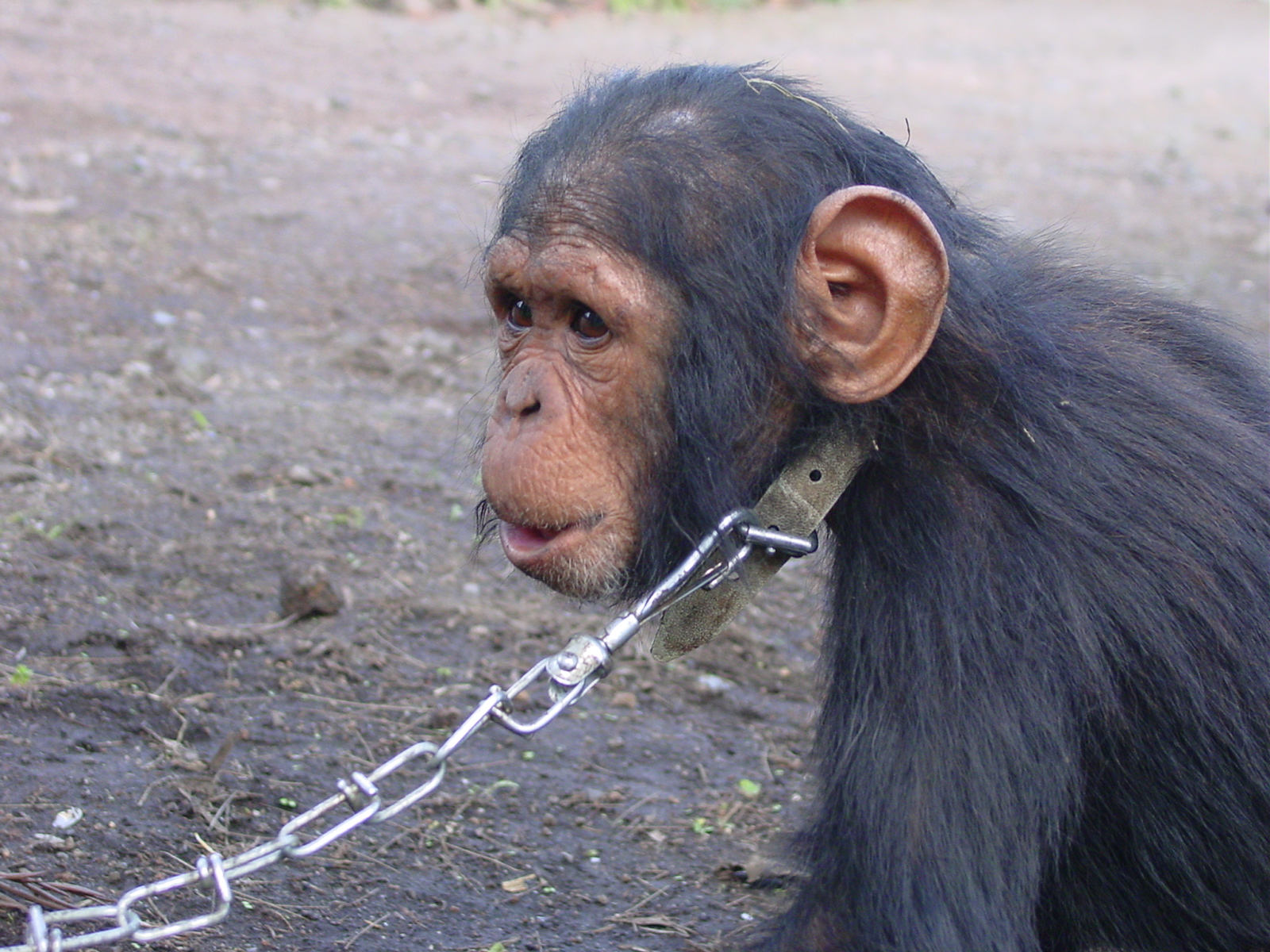 Live apes are sold in many places to be kept as pets. Laura Darby/GRASP