Millennials will not live to see gender parity in the workplace and there is a high likelihood their children won’t either, according to a new report compiled by the World Economic Forum (WEF). Based on rates seen over the last two decades, it will take 257 years to reach gender equality around the globe. Even if governments act quickly, the world is, at best, almost a century away from reaching global gender equality.

But some countries fare better than others. For the 11th consecutive year, Iceland saw the most gender equality, followed by its Nordic neighbors Norway, Finland, and Sweden. Syria, Pakistan, Iraq, and Yemen ranked the lowest while Albania, Ethiopia, Mali, Mexico, and Spain saw the most improvement.

In its 14th year, the Gender Global Gap Report 2020 analyzed 153 countries in their progress toward gender parity in the professions of the future, namely technology, through the lens of four themes: economic participation, educational attainment, health and survival, and political empowerment. Overall, gender equality goals are improving, with parity reached in 40 of the countries and improvement seen in 101 since 2018. However, some of the world is still seeing backslides and stagnation.

Political inclusiveness performed the poorest. Women hold just over one-quarter of parliamentary seats and one-fifth of ministerial positions – and it will take 95 years to close the gender gap in political representation. In the last 50 years, 85 states have had no female head of state, the report notes.

When it comes to education, the report projects it will take just 12 years to attain gender parity, though economic participation remains a challenge. 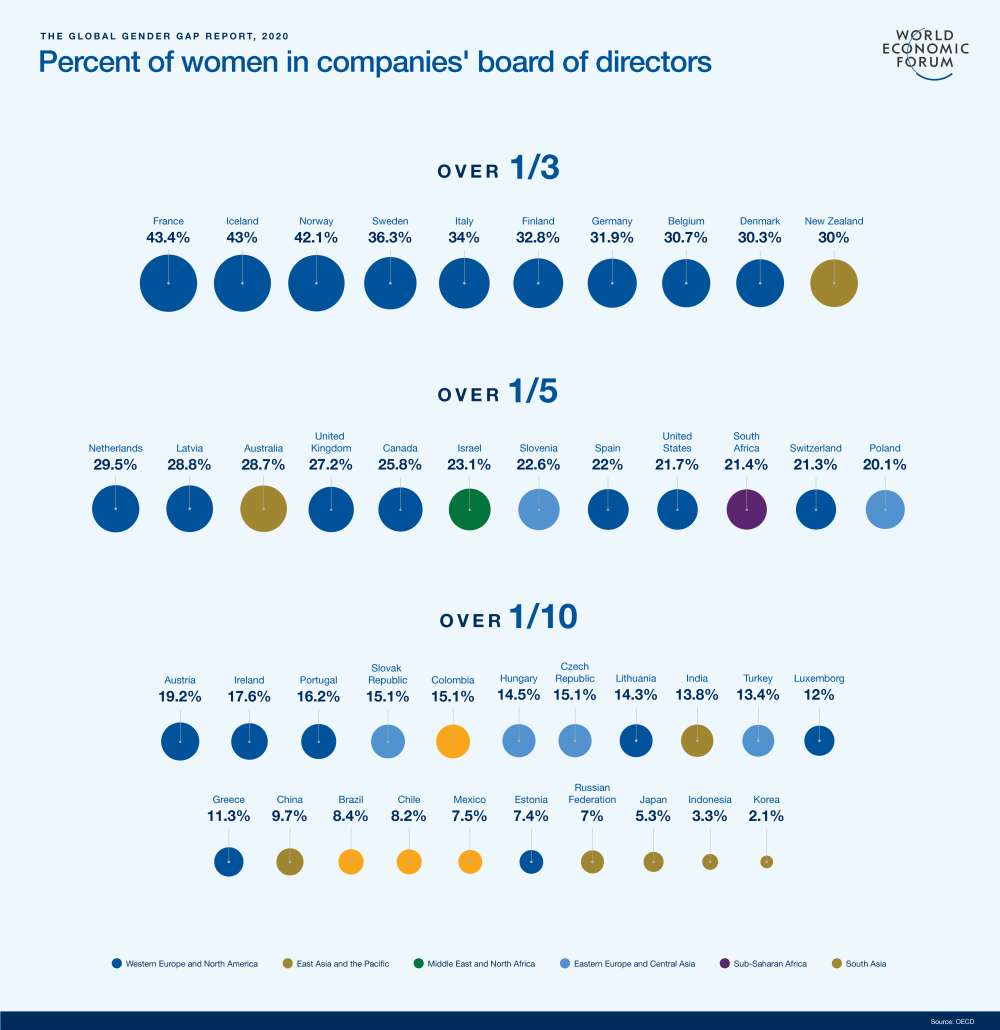 Across the globe, women’s participation in the labor market has largely stalled as financial disparities increase. Globally, just over half of women between the ages of 15 and 64 are employed as opposed to more than three-quarters of men. This is primarily due to the lack of women entering professions where growth is most common (i.e. science, technology, engineering, and mathematics). Just 12 percent of professionals in cloud computing are women, with engineering and data and artificial intelligence fields seeing slightly higher levels at 15 and 26 percent, respectively.

Women also share a greater representation in roles that are being automated, and they face insufficient care and access to capital. According to the report, 72 nations bar women from opening bank accounts or obtaining credit. There is no country where men spend the same amount of time on unpaid work, such as household chores or childcare. Even in the countries with the lowest ratios, it is still 2-to-1.

WEF notes that employing half of the world’s population in the workforce helps grow competitiveness to bolster thriving economies and societies. Including women in political leadership and STEM fields will help to boost representation and fill the gender gap.

“At the dawn of the 2020s, building fairer and more inclusive economies must be the goal of global, national and industry leaders. To get there, instilling gender parity across education, health, politics and across all forms of economic participation will be critical,” reads the report, adding that this year highlights a “growing urgency for action.”

At the current pace, filling gender gaps across the world will take: 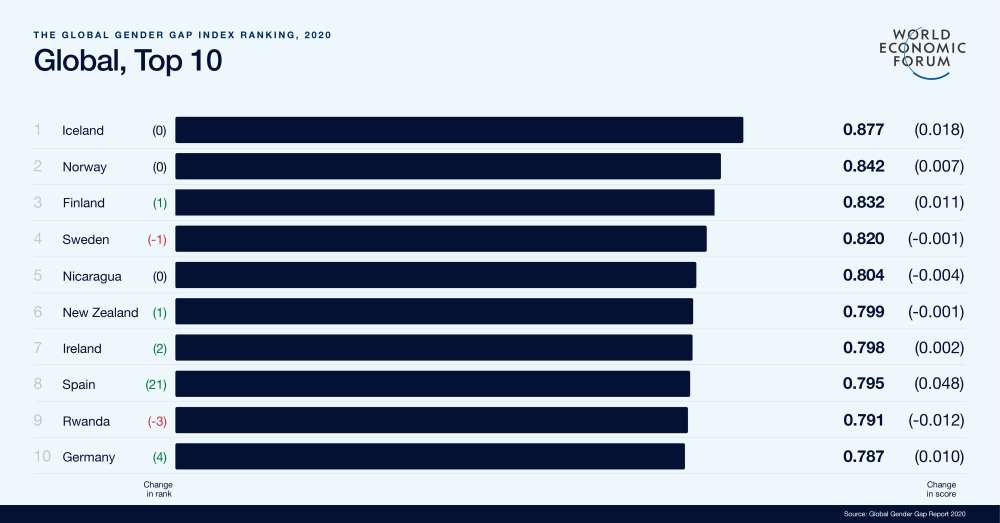