Researchers have revealed new insights into one of the long-standing archaeological mysteries of the "Plain of Jars", a landscape deep in ridges and slopes of mountains in Northern Laos.

This landscape scattered with over 2,100 large megalithic stone jars of different sizes – some reaching almost 3 meters (10 feet) in length – has captivated the imagination of archaeologists for a long time.

It is now commonly believed that this landscape was once a burial ground, and the skeletal remains of humans, including those of children, have been discovered on previous excavations. However, it seemed the mortuary activity at this site was rather unusual and complex and contained three types of burial rituals: A primary burial, where the bodies were just laid out; the second type of burial, where bundles of bones were gathered together and buried next to jars; and the third type of burial inside smaller ceramic jars, which are different from the larger stone jars on the site.

Reporting in the journal PLOS One, a team led by Dr Louise Shewan from the University of Melbourne have used sophisticated dating techniques to show that the landscape had been used as a burial ground as far back as 1240 to 660 BCE, much longer than previously thought. 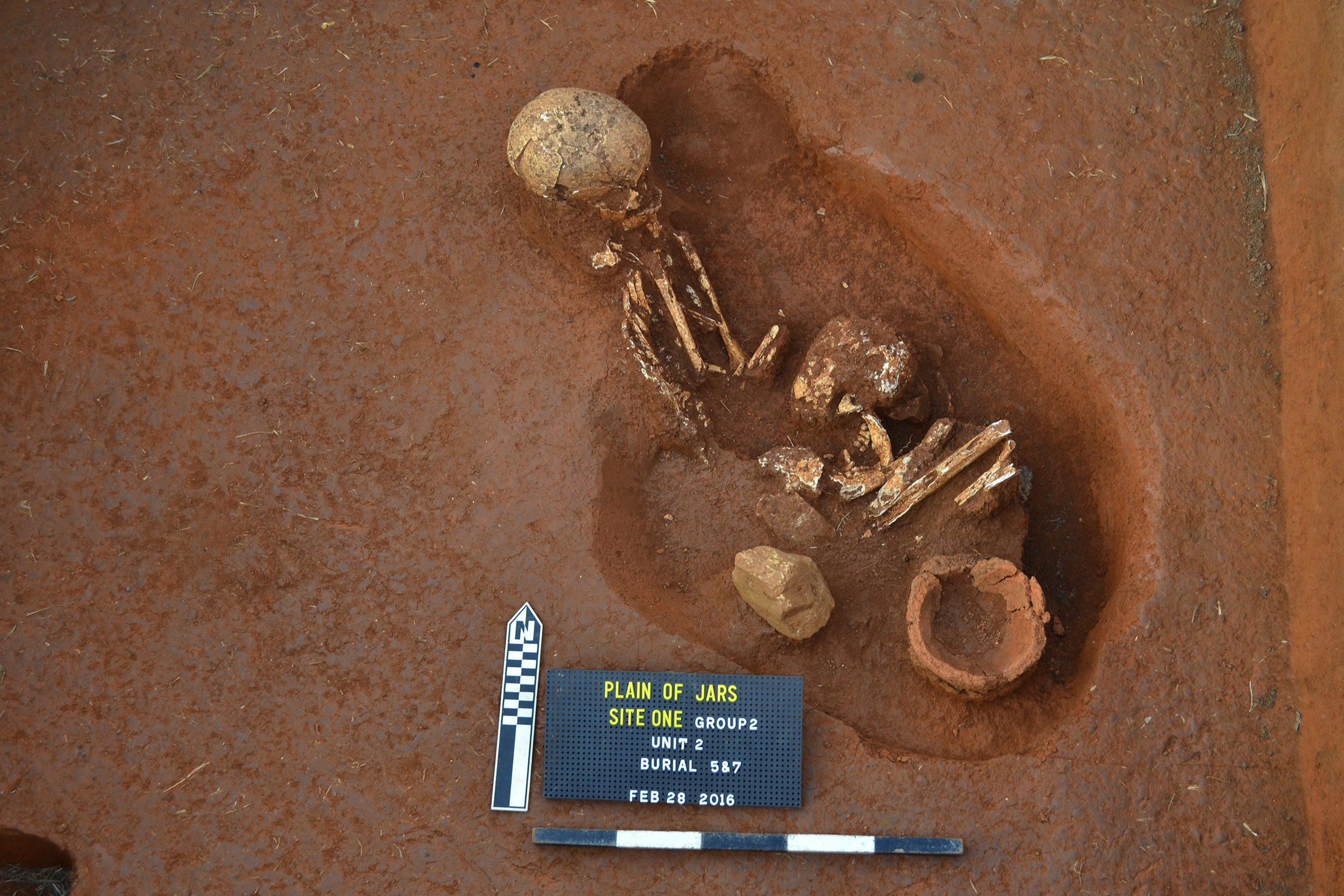 Furthermore, findings suggest that the larger stone jars might have already been on the site prior to it becoming a burial ground, as some dated by Dr Shewan and team were more than 3,000 years old, suggesting that the site was reused for mortuary practices after some of these stone jars were laid out on the landscape based on ritual significance.

That is based on the discovery of burials and collection of bones buried next to some of the jars, and some buried inside the smaller ceramic jars at some locations. The current research has dated these to have occurred between roughly 700 and 1,200 years ago, a much more recent time frame compared to the age of some of the large stone jars themselves.

“With these new data and radiocarbon dates obtained for skeletal material and charcoal from other burial contexts, we now know that these sites have maintained enduring ritual significance from the period of their initial jar placement into historic times,” Dr Shewan said in a statement.

The latest findings also opened up another interesting question of how the ancient culture managed to move these jars from a potential quarry site where they were made. The researchers discovered evidence of an outcrop of a jar as well as an incomplete jar from a nearby quarry about 8 kilometers (5 miles) away, which suggests it could have been the possible site where these jars were made and arrived from.

“How the jars were moved from the quarry to the site, however, remains a mystery,” said Associate Professor Dougald O’Reilly.

The researchers say their next quest would be to find more samples across the landscape of the "Plain of Jars" to better understand these enigmatic sites, as well as the period that these jars were made and laid out.

“We expect that this complex process will eventually help us share more insights into what is one of Southeast Asia’s most mysterious archaeological cultures.” Dr Shewan concluded.

THIS WEEK IN IFLSCIENCE