Warning: Some readers may find the images and video below distressing

A girl unable to speak or walk properly has been found in a forest in the Katarniaghat Wildlife Sanctuary, in Bahraich, northern India.

She is just eight years old, and at the moment is unnamed with no identified family. She was found with three monkeys by police officers while on a routine patrol. When she was discovered, the girl screeched, as did the monkeys. It’s not clear if she had been living with the animals or not.

“She was terrified of us, she could not speak or hear us properly,” said Inspector Ram Avtar Singh, from Motipur station in Bahraich, in a statement. “She was surrounded by three monkeys. She had wounds on her body specifically on her elbow and one on her leg. She was wearing clothes but not very dirty, it looks like she was abandoned by her family.”

The girl was weak and very hungry when she was found. Doctors have been treating her at the district hospital in Bahraich for the last two months. It seems she is unable to understand local dialect, and often gets violent when treated.

“When she was admitted here she was scared of us and she was always cowling like animals, like monkeys,” said Chief Medical Officer Dr Dinesh Singh in a statement.

“She had wounds on her body and blood was oozing. We took care of her, bathed her, fed her and cleaned her. She was suffering from malnutrition. She might have eaten what animals did. She gets angry sometimes and we have to calm her down but it’s been difficult to handle her.“

It’s still unclear exactly what happened to her. Dr Singh said she “now walks like a human”, but has tried to run away from the hospital. As a positive, she has started eating food by herself, but “she cannot eat food off a plate, she will eat the food directly from the bed, not from a plate.” 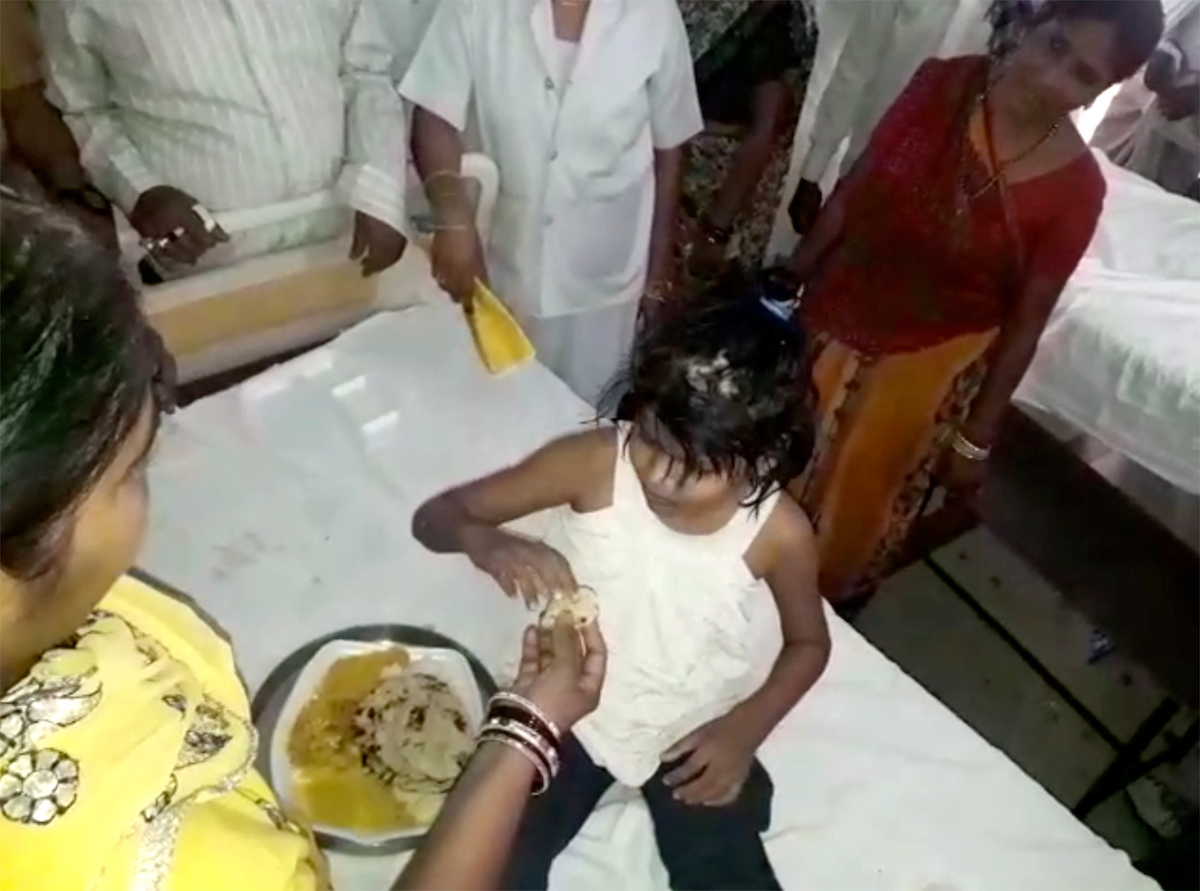 Once she has made enough progress, she will be sent to the government’s child protection department, who will decide her future.

Tales of feral children in the past have been controversial, with many exaggerated stories lacking in evidence. Exactly what happened to this poor child remains to be seen.