You're more likely to find a narcissist in the C-suite than on the street, research suggests.

That's because the traits that make narcissists so difficult to hang out with or date — including a constant need for validation, a willingness to control people, and a ruthlessness in getting their needs met — happen to make them super effective at rising up the ranks.

To help you figure out if you are, or perhaps your boss is, a narcissist, we combed through PsychologyToday.com and the psychology literature looking for patterns of narcissistic behavior. We also spoke with Joseph Burgo, Ph.D., a psychologist and the author of "The Narcissist You Know."

Here are common signs of narcissism.

Why Is Nature Full Of Patterns? Find Out In Issue 7 Of CURIOUS – Out Now

Burgo says some narcissists are bullies — and one of their most troublesome traits is their tendency to be a sore loser and a sore winner.

For example, when they lose in a sports match, they might try to humiliate the referee. When they win, they might gloat excessively or act abusive to the losing party.

The kind of people that Burgo calls "grandiose" narcissists always hold a grievance against the world.

They typically feel entitled to something better and think they're not getting the recognition they deserve from others.

3. If you're not grandiose, then you're introverted, hypersensitive, defensive, and anxious

Psychologists talk about the "two faces of narcissism." On one end there's the hyper-aggressive, super-loud type. But there's a softer form of narcissism, too. It's called "covert narcissism," which is denoted by introversion, hypersensitivity, defensiveness, and anxiety.

"Both shades of narcissism shared a common core of conceit, arrogance, and the tendency to give in to one's own needs and disregard others," psychologist Scott Barry Kaufman reports in Scientific American.

4. You think everyone else is stupid

Many narcissists are know-it-alls, and have a hard time getting along with coworkers and friends because they refuse to believe they could possibly be wrong about anything.

Burgo has observed that these narcissists walk around with a marked sense of superiority to others and have a "my way or the highway" approach to decision-making.

Psychologists Nicholas Holtzman and Michael Strube from Washington University in St. Louis found in a study that subjects who scored higher in narcissism are argumentative and curse more than their modest counterparts.

They also tend to use more sexually explicit language.

Narcissists often believe their views are inherently superior to other people's perspectives. But what they truly value is the attention they receive for holding those views.

For example, Burgo said, a narcissist might believe he has a closer connection to God — but it's more important to him that other people acknowledge this connection and admire his deep sense of spirituality. 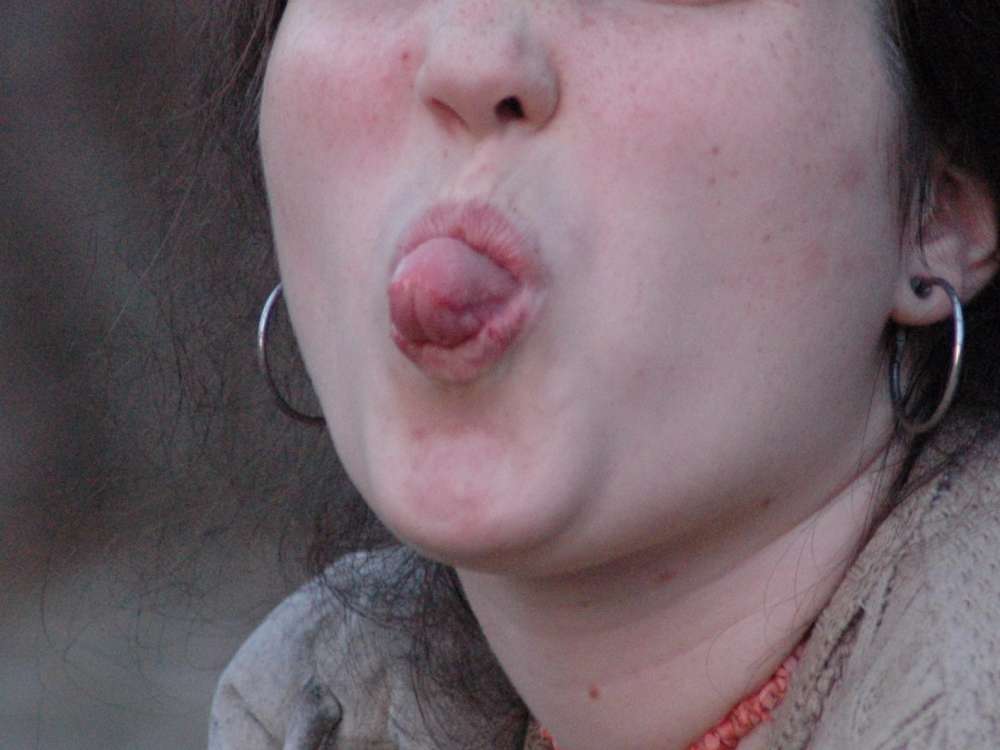 7. You feel justified in being mean to people

What's more, they often take offense where it's not intended, meaning they're constantly hearing people say, "That's not what I meant!"

8. You enjoy leading others and telling them what to do

Writing in Psychology Today, Kaufman says narcissists typically enjoy leadership positions since they are able to dominate others and fulfill their need for constant positive reinforcement.

9. You are an entertainer

"A narcissist monk would not be good, but to be Kanye West and a narcissist is fantastic," said University of Western Sydney psychologist Peter Jonason, an expert on social psychology.

10. You hate having to feel emotions

The "very fact of having a feeling in the presence of another person suggests you can be touched emotionally by friends, family, partners, and even the occasional tragedy or failure," Harvard Medical School psychologist Craig Malkin writes in The Huffington Post.

Feeling an emotion "challenges their sense of perfect autonomy," he continues. "To admit to a feeling of any kind suggests they can be affected by someone or something outside of them."

As a result, narcissists tend to change the topic of conversation when feelings come up — especially their own.

11. You are likely young and male

After 34,653 face-to-face interviews, psychologist Frederick Stinson found that men tend to be more narcissistic than women across their lifespans.

Narcissism is believed to peak during adolescence and decline with age.

12. You are regarded as attractive and dress better than other people

Narcissists are generally rated as more stylish and physically attractive, according to a study conducted by Simine Vazire, a psychologist at Washington University. 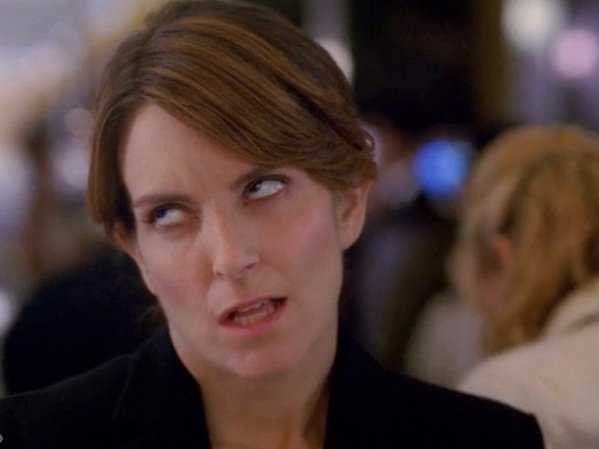 13. Instead of listening, you just wait to speak

Anita Vangelisti, a psychologist at the University of Texas in Austin found that "conversational narcissism" typically involves keeping the conversation centered on yourself, making exaggerated gestures, talking loudly, boasting, and showing disinterest by "glazing over" when others speak.

14. You are a serial romantic

Burgo also identifies a group of narcissists he calls "seductive."

These people fall in and out of love quickly and easily, often with people they don't know very well. They think their partner is absolutely perfect — a complement to their own perfection — until reality sets in, they realize their partner is flawed, and they end the relationship.

15. You cheat in relationships

They also seem to get a thrill out of convincing others to engage in promiscuous sexual acts that they normally do not participate in.

16. People dump you after you've been dating for about four months

Through his research, Campbell found that the four-month mark — the apparent satisfaction peak in any dating relationship — is typically how long it takes for someone dating a narcissist to see their true colors.

17. You put some people on pedestals

Malkin says the logic goes like this: "If I find someone perfect to be close to, maybe some of their perfection will rub off on me, and I'll become perfect by association."

With that ideal in mind, narcissists cozy up to people they find perfect — be it a colleague or a crush — and then get really disappointed when that person isn't as impeccable as they imagined.

Because for a narcissist, everything has to be perfect.

Narcissistic people intentionally put down others in order to maintain a high positive image of themselves.

"Seeking admiration is like a drug for narcissists," said Mitja D. Back, a psychologist at Johannes Gutenberg University in Mainz, Germany. "In the long run it becomes difficult because others won't applaud them, so they always have to search for new acquaintances from whom they get the next fix."

This also explains why narcissists typically maintain only weak relationships.

19. Your parents ignored and adored you

According to Sigmund Freud, a combination of parental rejection and excessive admiration is more strongly linked to adult narcissism than if one childhood experience consistently existed without the other.

The inconsistency and whiplash of the parent's attitude towards their children will eventually cause for a "deep craving for admiration" and lead the narcissistic to lead a life searching for fleeting ego boosts.

20. You choose your friends to look cool or take advantage of people

Narcissistic men and women have different ways of choosing friends.

Women choose male friends with high social status so they can feel a sense of worthiness. Guys choose bros who can "wingman" for them when they're trying to pick up girls.

21. You always have to be in control

Just as narcissists hate to talk about their feelings, "they can't stand to be at the mercy of other people's preferences," Malkin says. "It reminds them that they aren't invulnerable or completely independent — that, in fact, they might have to ask for what they want — and even worse, people may not feel like meeting the request."

This is why they can be controlling without getting angry. In the case of romantic relationships, narcissists control people with disapproving glances, calls to change plans, and chronic lateness. This allows narcissists to undermine other people's ability to make choices. By doing that, narcissists maintain their sense of total autonomy — which they so desperately need.

22. You're willing to tolerate narcissistic traits in others

2016 research led by Ulrike Maaß at Humboldt University of Berlin, Germany found that best friends tended to display similar levels of narcissism. The greatest similarity was found between male friends high in narcissism.

The authors suggest that one of many possible reasons for this phenomenon is that narcissists are "less repelled" by narcissistic personality traits in others because they generally like themselves.

This is an update of an article originally written by Vivian Giang, with additional contributions by Drake Baer.

Read next on Business Insider: 5 Weird Tricks Your Mind Plays On You

psychology
Why Is Nature Full Of Patterns? Find Out In Issue 7 Of CURIOUS – Out Now

Why Is Nature Full Of Patterns? Find Out In Issue 7 Of CURIOUS – Out Now