What’s that color above? If you’re English or American, your answer would probably be sky blue, or a light turquoise. But in Japanese it would be called mizu, which translates as “water”.

It might sound somewhat unimportant, but the use of this word actually shows how the Japanese language has evolved over the last 30 years. And it highlights the cultural differences in how we describe color in different countries.

The fact you’re reading this suggests you speak English, so you probably know how to describe colors as red, blue, green, and so on. How we get to those colors and what shades we define, starting from black and white, is somewhat intriguing.

The 1969 book Basic Color Terms: Their Universality and Evolution suggested that there was a hierarchy of colors in all cultures, starting with black and white, then things like red and blue, and finally more descriptive colors like orange or pink.

In this latest study, published in the Journal of Vision, researchers from Ohio State University found that in Japan, people had added mizu as a new color to their lexicon. A previous study in 1987 had identified 12 basic color terms (BCT), of which mizu was not one.

The researchers presented 57 native Japanese speakers with colors on cards. Each had to describe the colors in a single word, with no modifiers like “light” or “dark” allowed.

Out of the participants, 54 identified two or more color samples – one being the color above – as mizu. In the last 30 years, therefore, this color term has been adopted, and the researchers suggest it might be a new BCT. (Note, other countries also have words for similar colors, such as celeste in Italy) 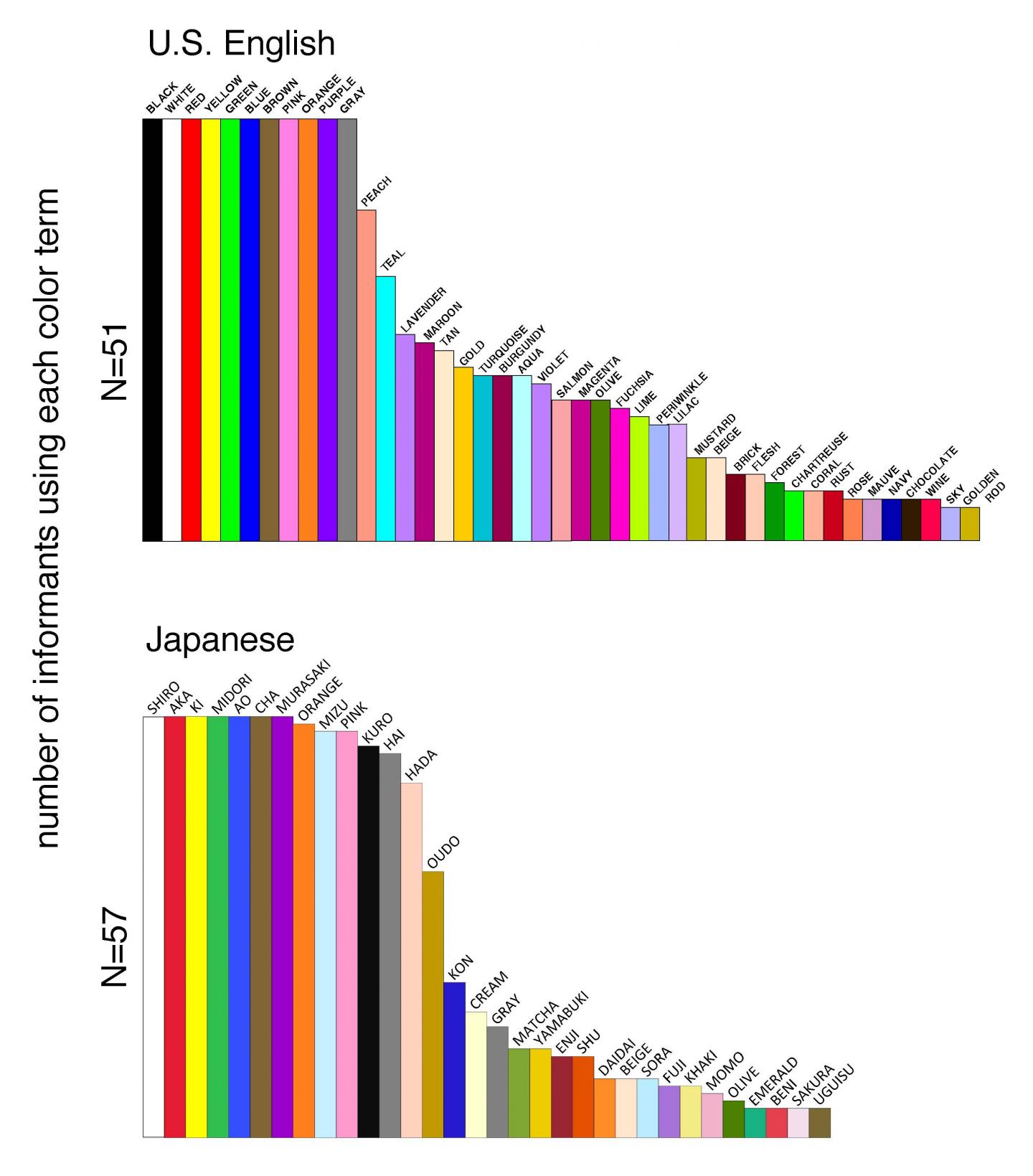 Differences in basic color terms between Japan and the US. Angela Brown

“In America, we don't have a single unique word for light blue,” said co-author Angela Brown in a statement. “The closest thing we have is ‘sky,’ but when we ask, we don't elicit that very often.

It’s an interesting study, particularly at showing how different cultures arrive at naming colors. How do we decide what shade of blue is blue, for example? In some areas of the world, different colors are also combined together, such as green and blue being “grue”. The use of magenta to describe “purplish-red” in the US is another example.

Aside from a few differences like this, however, the researchers noted that there were remarkable similarities between descriptions of colors between countries. So even thought we might not have a word for mizu, we're not that different really.