Tattoos aren’t everyone’s thing, partly because of the somewhat painful process of actually getting them done. Spare a thought then for the long-gone residents of the Solomon Islands, who 3,000 years ago probably used volcanic glass (obsidian) to cut their own skin and infuse it with charcoal and ochre, a natural yellowish pigment.

As reported in the Journal of Archaeological Science: Reports, the South Pacific island has a long history of tattooing, but rapid post-mortem skin degeneration means that physical evidence for tattooing techniques are almost always lost to the ravages of time. Even the tools that are often thought to have been used to generate tattoos, like fish bones, are biodegradable. Ultimately, this profound lack of evidence has led to a lot of unfounded conjecture on the subject.

In order to circumvent this problem, a team of researchers from the Universities of Sydney and Auckland tried to replicate ancient human tattoos using pig skin, which in terms of its texture and structure is very similar to human skin. Looking for the most likely tattooing device, their search of the islands revealed only one realistic contender.

Obsidian artifacts were once found at a site on the islands called Nanggu. Dating back to 3,000 years from the present, these sharp shards of natural glass would have been ideal for perforating the skin. Although prior studies suggested that these tools were used to tan animal hides, the lack of any sizable animals on the territory makes this hypothesis somewhat unlikely. 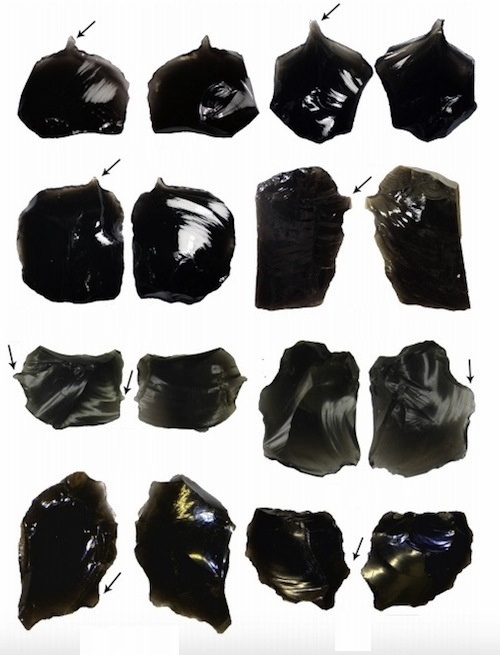 This black volcanic glass, which forms when particularly viscous and silica-rich lava rapidly cools with low crystal growth rates, is readily available all across the small archipelago. This, combined with no other obvious use for it – apart from, perhaps, warfare – strongly suggests it could have been used to create tattoos.

After fashioning obsidian shards from across the island into the same shapes as these ancient tools, the researchers then used them to create tattoos on pig skin. Comparing the microscopic detail of these new creations to those known from those found on the skin of well-preserved mummies, they concluded that obsidian was a near-perfect tool for tattooing.

The similarity between the newly made tools and the ancient counterparts were also incredibly similar on a microscopic level, so unless a better alternative is found, it looks like what Game of Thrones fans call Dragonglass was used to make people bleed for medicinal, social, or ritualized practices. Ouch.

Image in text: Some of the obsidian tools used for tattooing. Kononenko et al./Journal of Archeological Science